A boob gag that actually works

Marion Cotillard stars in this spoof ad, which offers a new solution for guys staring at your chest 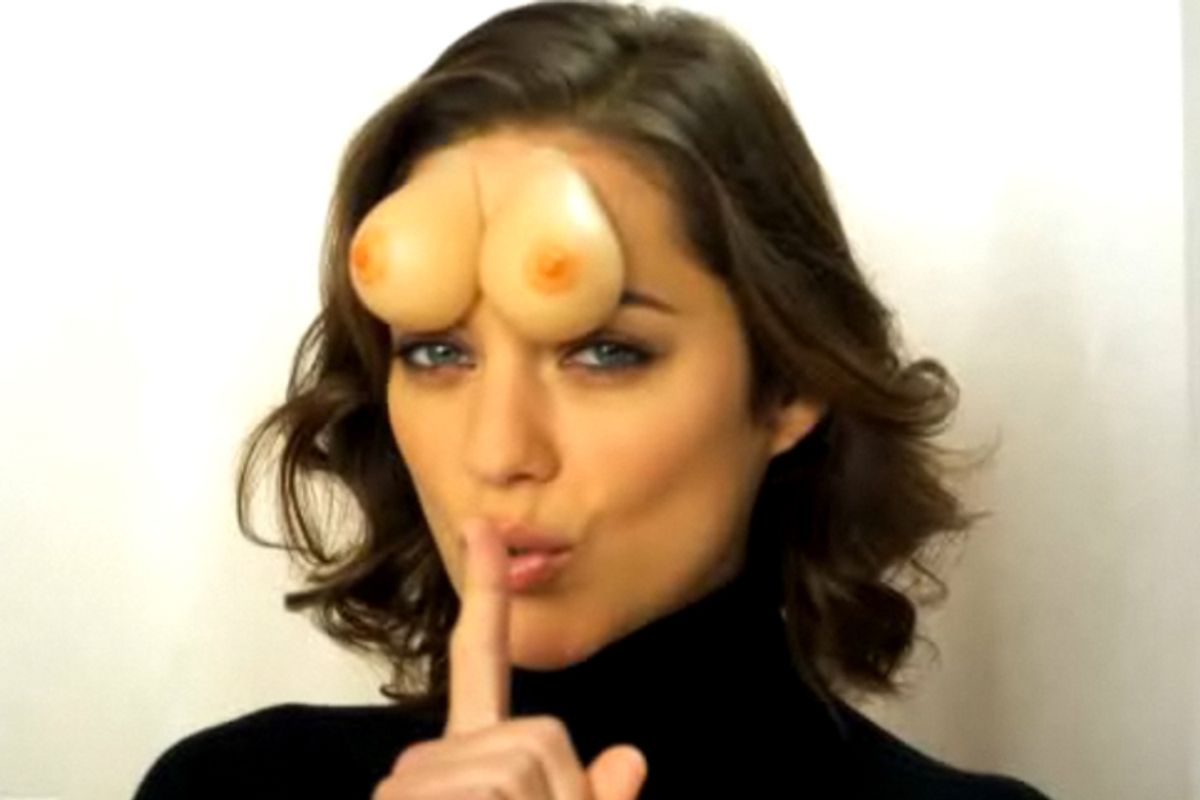 It takes a lot, in 2010, to come up with a "My eyes are up here, dude" joke that actually feels fresh. But this spoof ad for "Forehead Tittaes," starring Academy Award winner Marion Cotillard, actually pulls it off. The "scientific" claims are spot on ("Lab tests prove that Forehead Tittaes actually redirect the male gaze from the chest to the general area of the brain"), William Fichtner's silent turn as a lecherous boss is delightful, and Lesley Ann Warren's total commitment to the gag she got stuck with is a sight to behold. Enjoy.