Is Gabourey Sidibe's film career over?

Howard Stern's comments about the "Precious" star were distasteful, but he was also right 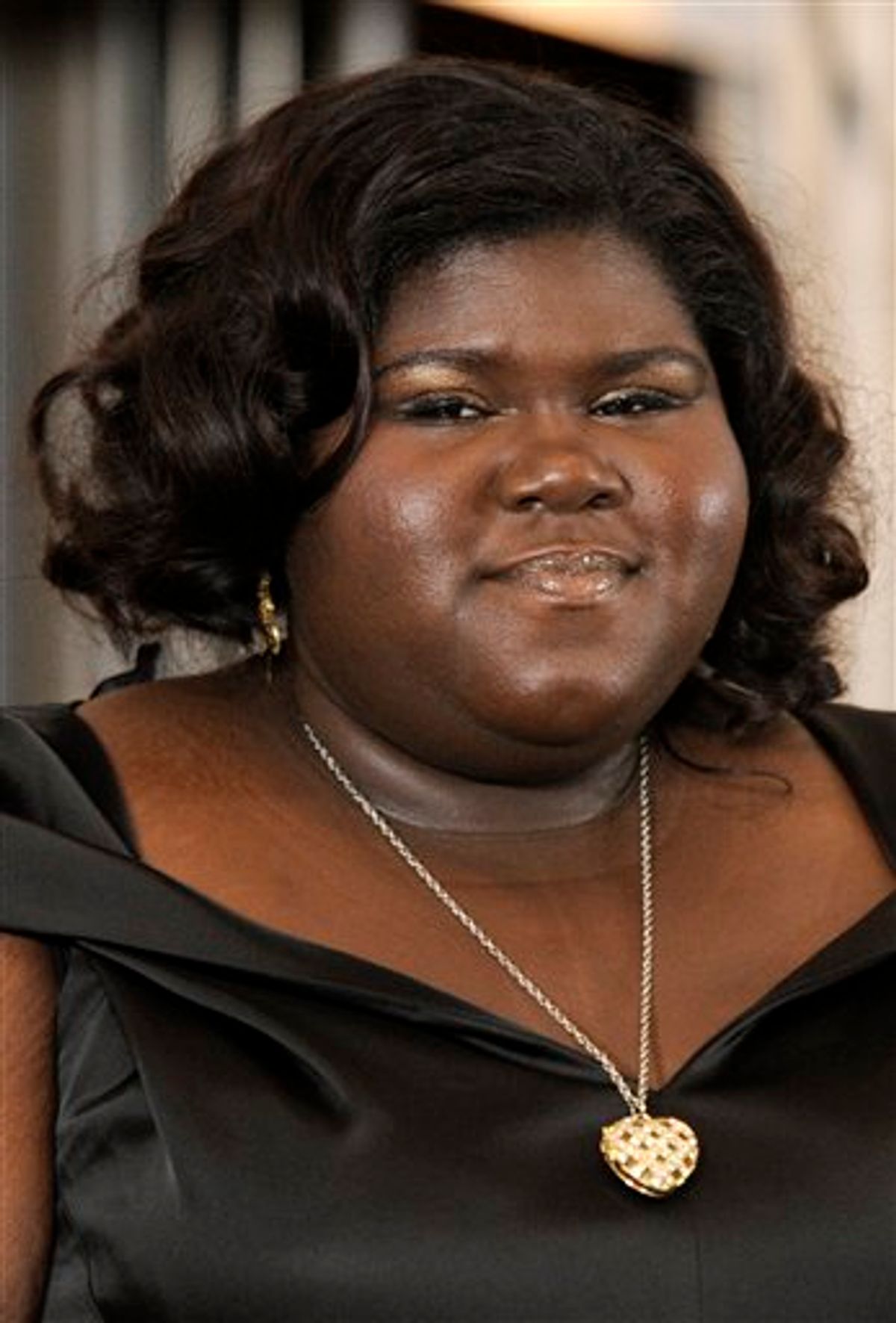 **CORRECTS DATE OF AWARDS ANNOUNCEMENT TO DEC. 15 ** FILE - In this Nov. 14, 2009 file photo, Gabourey Sidibe arrives at The Academy of Motion Picture Arts and Sciences 2009 Governors Awards in Los Angeles. Sidbe was nominated for a Golden Globe award for best actress in a motion picture drama for her role in the film, "Precious," Tuesday, Dec. 15, 2009. The Golden Globe awards will be held Jan. 17 in Beverly Hills, Calif. (AP Photo/Chris Pizzello, file) (AP)
--

Earlier this week Howard Stern got into quite a bit of trouble for saying on air that Gabourey Sidibe, the Oscar-nominated star of "Precious," will never work again. I think it was distasteful (if typical) that he made comments about her weight. That said, I think he was absolutely right.

This girl has peaked.

Not because she's not talented, but because she's an overweight African-American girl in Hollywood. I think we all know the odds there. E! Online mentioned that Sidibe is already working on a Showtime drama starring Laura Linney, but if anyone's wondering when her next big movie role is, I think you're going to be waiting for a long time.

People are attacking Stern for his comments, but they're not bringing up the elephant in the room -- the truth. Normally, when a woman is nominated for best lead actress for her film debut, she's stepping over offers left and right.

Now, it's possible that Sidibe is working on her television show and so hasn't been able to commit to another project yet ... but let's be honest, I think that's doubtful.

She's had to dodge questions about future movies on countless television shows.

Sidibe's only project listed on IMDb is another independent film, like "Precious" was, and based on the description it sounds a little like typecasting. In comparison, the traditionally pretty Carey Mulligan, also nominated for her film "An Education" this year, is dating Shia LaBeouf and starring in the "Wall Street" sequel coming out this spring.

Rather than rail against Stern, why don't producers prove him wrong and hire the girl?

Because there simply aren't roles for her, that's why.

It's become a sad tradition that African-American Academy Award winners tend to fade out of sight once they win. Yes, there are exceptions (Denzel Washington comes to mind), but think of all the stars who received a nomination or award and then never made it back to the red carpet.

Halle Berry hasn't been able to match her "Monster's Ball" acclaim. Jennifer Hudson settled for small roles in "Sex and the City" and "The Secret Life of Bees." Forrest Whitaker turned in a revelatory performance in "The Last King of Scotland" and then did a guest spot on "ER."

It's not uncommon for people to go into professional paralysis after receiving such a high honor. All of the people I just listed took a few steps back in their careers after the Oscars, but Sidibe's career doesn't seem to be going anywhere at all.

This is because on top of being a minority actress in Hollywood, she's also overweight. Like it or not, nobody's tripping over themselves to write movies for overweight African-American girls.

I give Howard Stern credit for at least pointing out that it's ridiculous to have a bunch of celebrities who weigh 8 pounds stand onstage at the Oscars and say Sidibe has a long, A-list career ahead of her.

I'd still like to see Hollywood prove him wrong.