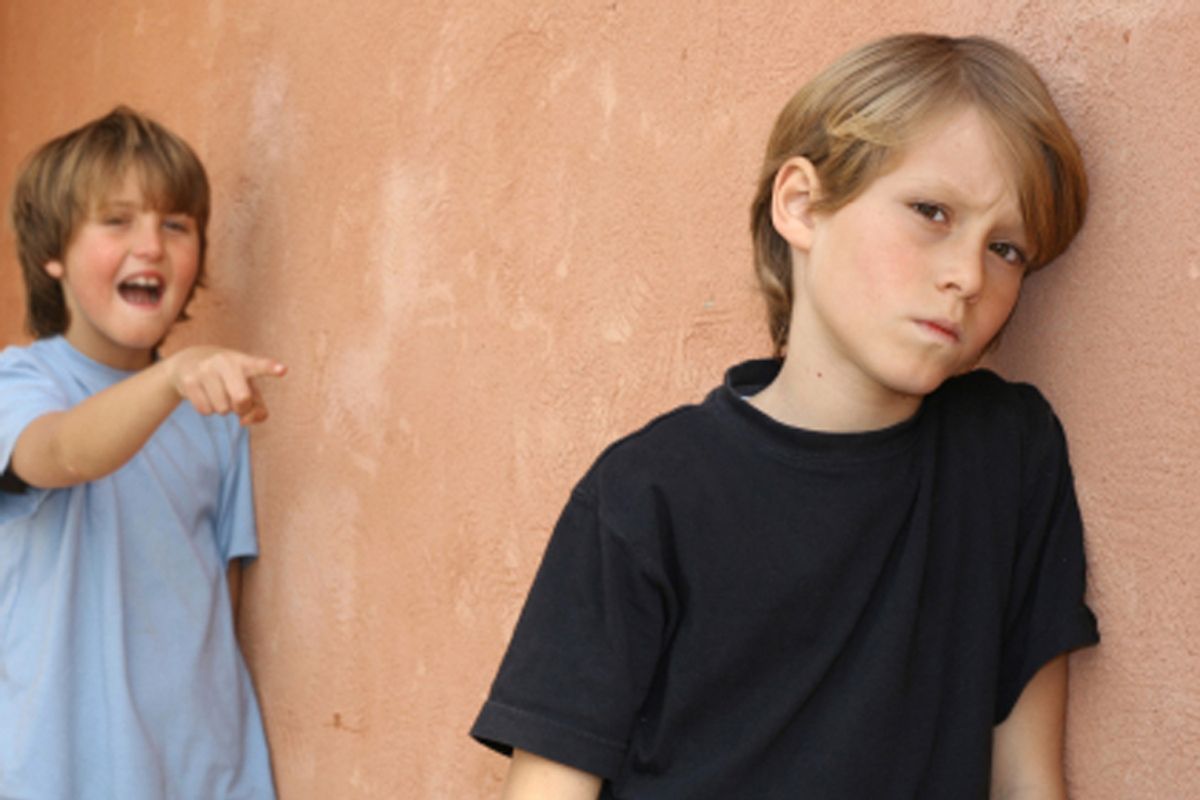 JEFFERSON CITY, Mo. — When state Sen. Bob Reisdorph, D-Pettis County, was a teenager, he was teased unmercifully by a boy whose name and face are etched in his memory. "Jimmy Dale Embree would wait for me to come out of Garst's," a '50s-style drive-in restaurant in Sedalia. "Then he and his gang would throw ketchup packs at me," staining Reisdorph's clothes and, more importantly, his self-esteem.

Garst's: Scene of the crime.

Four decades later, Reisdorph is fighting back the only way he knows how: by filing legislation to create penalties for bullying, and making "aggravated" bullying punishable by jail, with no ability to avoid prison by paying a fine. "We as a society have got to stand up collectively to bullies, since there are so many who are unable to do so individually."

The bill is the sort of feel-good legislation that ought to pass both houses of the Legislature in a breeze, as has been the case with similar laws in 27 other states. There's just one problem: "Jimmy Dale Embree Jr.," Reisdorph says, as he looks warily over his shoulder before dashing to his car, which is parked in a reserved space outside the state Capitol.

Reisdorph as a teenage bully magnet.

As the state legislator hits his stride, a reporter hears cries go up from a gang of young boys who have been hiding under the portico that runs along the front of the building. "There he is," shouts one. "Get him!" yells another. They give chase, and as Reisdorph struggles to open his car door, they bombard him with water balloons before a member of the state police arrives, causing the boys to scatter.

Reisdorph is the victim of what political analysts have dubbed "bully-lobbying" — grass-roots efforts to forestall, water down or even kill anti-bullying bills before they become law. "I was a bully, and I want my kid to be a bully too," says Jimmy Dale Embree Sr., who is now a 55-year-old long-haul truck driver with a front yard filled with his prize-winning collection of rusted-out junk cars. "If we are going to prepare our kids to compete in a global economy, we need to teach them to be tough and resilient," Jimmy Dale Sr. says as he spits snuff juice into a topless 7-Up can.

"If you file that bill today, your ass is grass and I'm a lawnmower."

Child development specialists are unanimous in their support of anti-bullying measures, but former bullies have recently begun to challenge their methodology. "A lot of them don't use statistically valid samples, and the guys who write them are — I don't know how to put this any other way — dinks," says Earl "Duck's Ass" Bennett, who dropped out of Joliet, Ill., Central High School in 1959 and is now a loading dock supervisor for Central States Tool and Die Co. "When I confront them at academic conferences and express my concerns, they inevitably back away from their conclusions."

"I can't believe she called me a nimmy-not!"

All of which is fine with Reisdorph, who says he welcomes a robust debate on the subject when his bill comes up for its first hearing later this spring. "I want to hear all points of view," he says with a nervous look on his face as pulls out of the parking lot, leaving Jimmy Dale Jr. and his gang in a cloud of gravel dust. "Just please — don't let them stuff me under the Senate podium again!"