What recipes mean by S, M, or L onions and carrots

Ask the food geek! Today: How to get the sizes right on some basic vegetables 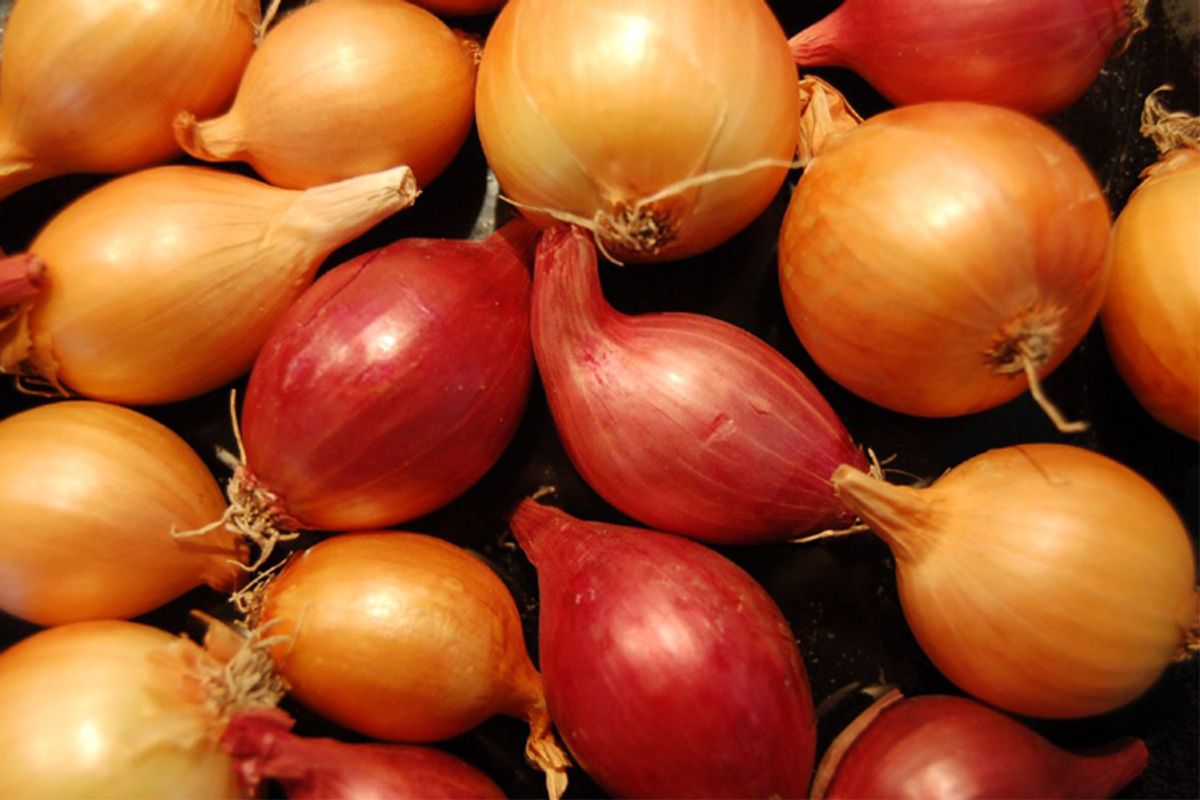 I had come to quite like and respect Lam's writing in the short time he's been on the scene, but wow, really?

Sometimes if you don't have an idea for a remotely worthwhile article by deadline, you should just fess up and skip that day.

Oh wait, sorry, I meant this one:

I often come across recipes that say things like, "use a medium onion" or "a large leek." But what do "medium" and "large" mean? The organic onions at my Whole Foods are enormous; the red onions are the size of soft balls. It's a frustrating thing, especially when it comes to ingredients like onions, an overdose of which can really kill a dish. Do you have any advice on how to handle these ambiguous instructions?

Recipes are a bit of a paradox. We want to think of them as the definitive word on a dish — if you have a great chef's recipes, you can make a great chef's food. But deep down inside, all recipe writers know that's not really true: Reading a recipe doesn't give you a great chef's hands, eyes, nose and palate. True precision, fixed in print, just isn't possible in a world full of variables. If the recipe writer's stove is different from your stove, maybe that ends up being the difference between a good dish and a marry-me-now kind of dish.

So, in order to keep sane, most recipe writers accept a certain level of imprecision, a range of acceptable variation, and they'll write their recipes with that range built in. What I'm saying is: Almost every one of the thousands (OK, eight) recipe writers I contacted for you — from Gourmet (RIP), Food & Wine, Saveur, Bon Appétit, and Cook's Illustrated — had pretty much the same idea of what a small, medium and large onion means, but they all also said some variation of, "It kinda doesn't matter too much."

So knock yourself out! Be the master of your own kitchen! But in case you'd like a little guidance, here's what the pros said anyway:

Small onion = 4 ounces by weight or about ½ cup chopped

Small and medium carrots = These are the size, generally, of the carrots that come in bags at the grocery store, unless the recipe specifically calls for baby carrots. (The precision-obsessed Cook's Illustrated defines "medium carrot" as weighing six to a pound.)

Large carrots = Also called "horse" carrots, presumably because they're the kind you might feed a massive animal, these are the kind usually sold in bulk — thick old boys sometimes with cracks down the side.

And if the quantity of these ingredients really matters to the final outcome, often the recipe will give, in addition to the descriptor, the specific weight or chopped volume to drive home the "pay attention!" point.

But even still, it's impossible to get it perfectly right. As the ever-fabulous Maggie Ruggiero put it: "Obviously, as everyone chops differently. It's like asking people to measure chopped mercury. At Gourmet we called for medium leeks and didn't specify ... I guess that's why we closed. The jury remains out on whether size matters."

If you have any food questions we can sleuth out for you, send them to food[at]salon[dot]com. Or just leave them in the comments while you make fun of us.