Board votes in new right-wing textbook standards, and because the state is so large, publishers must listen 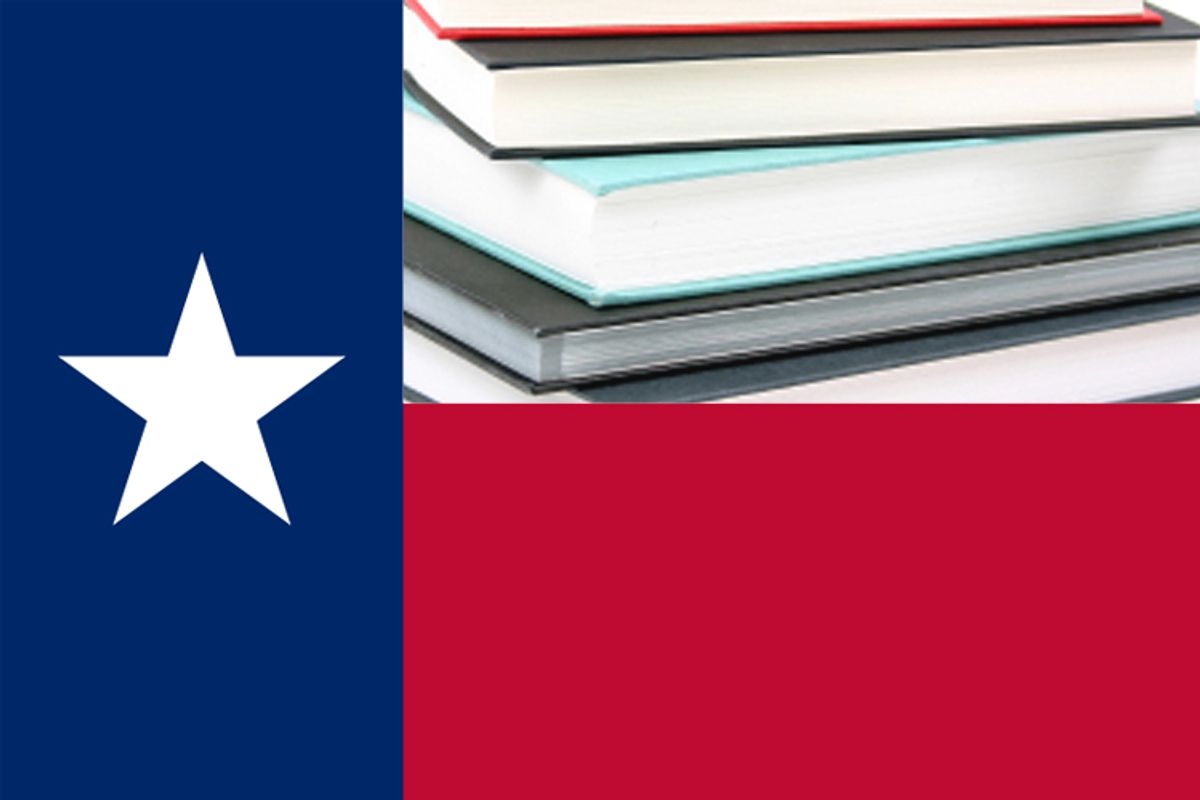 Texas chauvinists may think their state, with its past as an independent nation, has the coolest history. But they have a hell of a way of taking it out on the rest of us.

With last Friday's lopsided vote, the Texas State Board of Education has preliminarily imposed new standards for the state’s history textbooks. Because the Texas market is so large, textbook publishers from around the country have to cater to what Texas wants. And what Texas wants is right-wing history.

What the board voted for on Friday is more or less what you’d guess: less Franklin Roosevelt, more Ronald Reagan. The board will require students to learn about the key actors and moments in the rise of the New Right: the Moral Majority, Phyllis Schlafly, the Heritage Foundation and the Contract With America. Even the Tea Parties may make their way in.

The list goes on: religious deviant Thomas Jefferson no longer counts as an influential Enlightenment thinker; John Calvin and Thomas Aquinas are his replacements. In learning about economics, students will have to study the libertarian economist Friedrich von Hayek and analyze the decline of the dollar and the end of the gold standard. The board would like greater play for Confederate President Jefferson Davis, and also lengthier discussion of how the two parties broke down on civil rights in the 1960s. The American economic system will be branded "free enterprise," because calling it "capitalism" sounds scarily like something a real, professional historian might say. (Or, alternately, the Wall Street Journal.) We could keep going like this for a while.

In a certain light, all this stuff can seem nearly reasonable. Why shouldn’t students know how civil rights split the Democrats and Republicans? Ronald Reagan did make American political history. Obviously, Calvin and Aquinas were immensely important figures in the history of theology and philosophy. Students, in theory, should learn about Hayek -- a Nobel laureate and a crucial figure in 20th-century thought -- and how money works. And "free enterprise" is obviously a commonly used term to describe American economic life.

Get a little closer, though, and you realize it's just a heap of bullshit. It’s not that any single item is in itself false. Instead, each is profoundly misleading, while still, in some strict sense, meeting the standard of being  "true." Let’s do a quick breakdown of some of the points mentioned above.

The problem with all of this is that it takes the history out of history. The Texas board seems to imagine that all of human existence has been a static conflict between the forces of Almighty God and the Almighty Dollar on the one hand, and the secular humanist socialists on the other. This is not a tenable proposition. You can't proudly claim among your intellectual predecessors both the liberal, pro-civil rights Republicans of 1964 and also Confederate hero Jefferson Davis. You can't be for a small, unobtrusive state and also ignore the fact that "free enterprise" was created by massive government violence. Something has to give. In this case, it's any semblance of honesty in education.