What Democrats must at last learn from the GOP

Republicans complain about process, but scorn bipartisan niceties. Democrats should push back with equal force 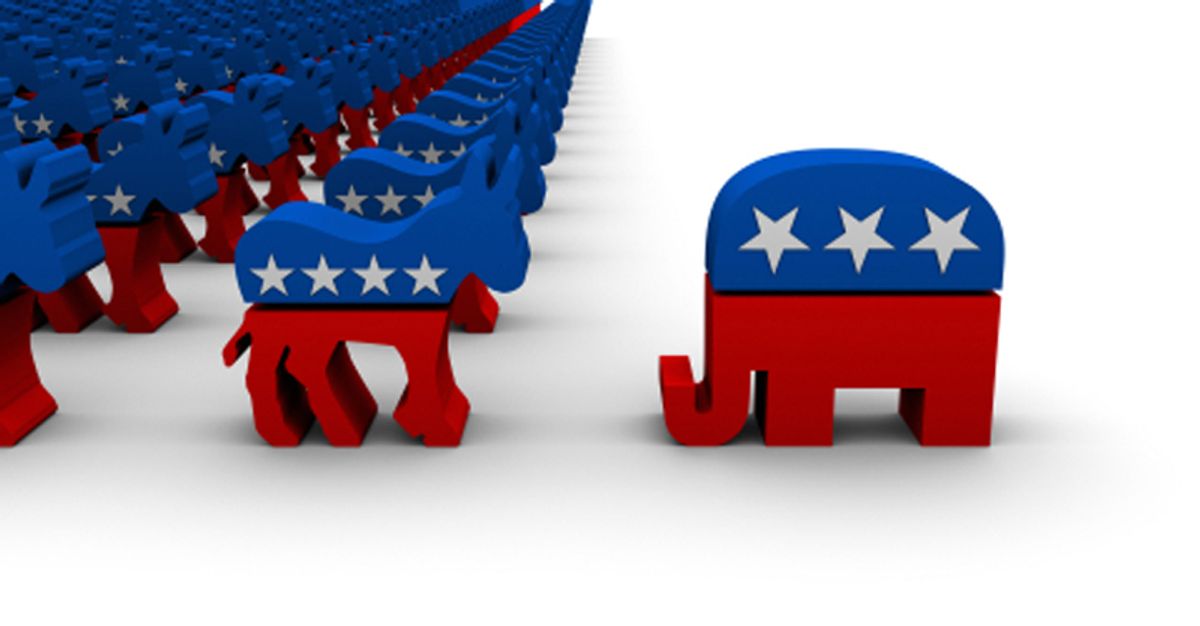 The most troubling aspect of "deemed to have passed" -- the oddball procedure that the House Democratic leadership is considering as an alternative to the normal rules in passing healthcare reform -- is that it gives the Republicans something else to talk about aside from the bill itself and the issues it is designed to address. From the beginning, subtraction by distraction -- whether framed as "death panels" or "backroom deals" -- has been the fundamental Republican strategy. Rarely have the Democrats answered with the forceful scorn that was appropriate.

The proper reply to "death panels" was that they already exist in the corporate bureaucracy of the insurance companies -- and in the lobbying firms where reform that would save tens of thousands of lives annually has been killed every time.

And the short answer to "backroom deals" -- as well as all the other complaints about process in the House and the Senate -- is that the Republicans have used many of the same tactics and worse whenever that suited them and certainly will again if they regain power next fall.

That was why I had to stifle a laugh this morning when Joe Scarborough asked me on his radio show (and later on "Morning Joe," too) why the alleged abuse of parliamentary maneuvers didn't cause me to worry about the future. "Won't this give the Republicans the excuse to use the same tactics when they win the majority and John Boehner becomes speaker?" he demanded. But then Joe had to laugh when I asked whether he doubted that the Republicans would use whatever tactics suited their agenda -- no matter what the Democrats do now -- just as they did when he was in Congress. He knows they will.

(Scarborough also asked, perhaps sincerely, why the insurance companies haven't run their own "Harry and Louise" campaign to kill this bill if they actually hate it and don't secretly see it as a subsidy to them. The answer is that Frank Luntz warned last year against raising the industry's profile in a debate where they are the entities most despised by the public -- and that they have instead run their campaign against reform through other corporate outfits, notably the mammoth U.S. Chamber of Commerce.)

The will to stand and fight is the fundamental difference between the parties, which the current struggle over healthcare may yet begin to bring into closer balance. At the moment, too many elected Democrats pay too much heed to David Brooks and the editorial page editors of the Washington Post, whose chief purpose in life is to oppose their interests and objectives. Democrats constantly worry that they won't seem sufficiently "bipartisan" and "responsible" if they employ the legislative and procedural tactics required to achieve their aims and enforce majority rule. Democrats are afraid to look bad.

Republicans think David Brooks is a wuss, to put it politely, but at least he is their wuss. Republicans openly proclaim that bipartisanship is merely another cynical ploy, only to be used and then discarded in their quest to "defeat the left" -- a quest that to them has always meant dismantling the progressive achievements of the past century via permanent one-party rule. Republicans rarely worry whether they look bad to anyone beyond their narrow ideological base.

It's a style that can lead to excess and often does. But the Democrats may at last get something done this week by emulating it. And they may be surprised by the respect they earn from the public -- and from their adversaries -- by standing up with strength for what they claim to believe most deeply.