The perfect double bill: "Princess and the Frog" and "Song of the South"

Is the lovely, calculated tale of Princess Tiana a response to the most notorious film in Disney history? 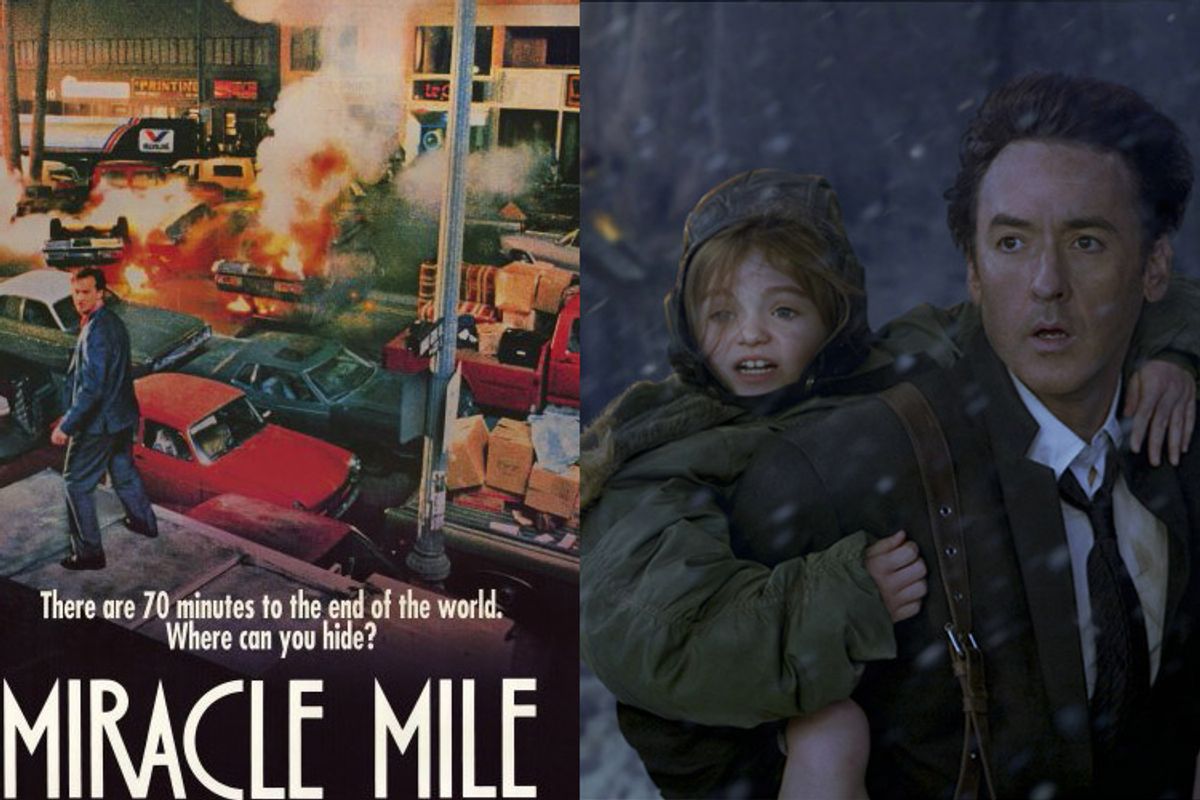 Disney's Song of the South and The Princess and the Frog
--

I live to serve, in this forum at least, but I must deliberately frustrate you now.

I want to entice you into seeing a movie that you are not allowed to see. Rest assured, I do not take this lightly. But you should be frustrated, because the reasons why you aren't allowed to screen the second half of this double bill is why the first half got made.

When word of the production of "The Princess and the Frog" got out, the controversy began. How would it get around the racial issues of a black would-be princess, living in the South in the 1920s?

The answer turns out to be easy. By doing what the Disney organization has always done best.Inventing reality. Ducking controversy. And making money. Case in point.

Released this week on DVD, "The Princess and the Frog" is a marvel of neo-classic animation and cultural avoidance. Set in New Orleans, the plucky Princess Tiana's traditional "I Want" song outlines the plot in all the detail we need. She's "almost there" to her dream of running her own restaurant, but not so fast. Her destination is changed by an encounter with an evil voodoo man and a hunky and oddly hued prince who apparently hails from the same "Pseudogravia" much beloved in Marx Brothers movies.

There's not much not to like in this film, but not much to love, either. The terrific score by honorary son of New Orleans Randy Newman keeps things cooking, the hand-drawn animation is a thing of beauty, and every story beat is hit precisely. But overshadowing everything is the elegant sidestepping of everything relating to race and reality. One sly way the film does this is by turning the heroine into a frog, and keeping her that way for most of the movie. The handsome prince and love object of the lead characters, black and white, is some mocha blend of nationality not found in nature. And, of course, by setting the movie in pre-Katrina New Orleans, we are clearly in a fantasy world from frame one.

And, of course, no fantasy sidestepping of race in modern America can be complete without the regal presence of Oprah Winfrey, who here lends her wise and saintly voice to Tiana's wise and saintly mother.

The end result of all this craftsmanship and corporate second-guessing is as carefully calibrated as the hypothetical gumbo that Tiana plans on serving in her mythical restaurant. One can just sense the nervous calculation behind every line of dialogue and hint of cultural nuance. This flop sweat is as pervasive and stifling as the swamp where our lead characters find themselves.

But Disney has waded into this big muddy of animated racial politics before. And one can be certain that when they went out to make and market "Princess and the Frog" they tried to avoid the quicksand they encountered on their first journey.

Which brings us to our companion feature, "Song of the South," and the source of my promised frustration. In many ways, "The Princess and the Frog" is the "answer song" to this 1946 progenitor, and when one looks at the history surrounding the original, the flop sweat doesn't seem so sweaty.

How controversial is this film? Well, here is the corpo-speak statement by Disney chairman Bob Iger to his shareholders when the subject of "South's" rerelease came up in 2006. "Owing to the sensitivity that exists in our culture, balancing it with the desire to maybe increase our earnings a bit but never putting that in front of what we thought were our ethics and our integrity, we've made the decision not to rerelease it."

Imagine something so controversial that Disney actually puts "ethics and integrity" before profits, before shareholders.

Talk about a fantasy world.

Officially unavailable in any form since its last theatrical release in 1986, today copies of "Song of the South" can only be found lurking on eBay, or on brief clips on YouTube. The film has always had a samizdat quality for Disney aficionados, which of course makes its many pleasures great, but its perceived faults even greater. The closest consumers can officially get to the movie is by buying a ticket to the ride based on the film, Disneyland's Splash Mountain.

Let's just say that this experience does not do the original justice.

Set in the post-Civil War era of Reconstruction, "Song of the South" is loosely stitched together with live-action sequences framing a series of animated cartoons featuring Br'er Rabbit and the usual posse of cute animals and blundering villains. These animated sequences still work beautifully, and the first transition from film reality to animated dream, a transition that also heralds the premiere of the joyous "Zip-a-Dee-Do-Dah," represents one of the most magical transformations in all of cinema.

This merging of disparate elements would not again be pulled off this successfully until "Who Framed Roger Rabbit," but "Song of the South" got there first. It was, in point of fact, this then-radical idea of blending cartoons with live action where the project ran into trouble, almost from the beginning.

Development began in 1939 when Walt Disney secured the story rights. From the start, the creative team was well aware of the briar patch they were about to enter. Based on the 19th-century manufactured folk tales of Joel Chandler Harris, an unreconstructed Southerner and serious product of his racist times, the material still seemed to lend itself to adaptation and ultimate Disneyfication.

The road to movie purgatory was paved with good intentions.

Though not overtly racist, Walt Disney was a product of his time, and transcripts of the story meetings contain references to the "pickanninies" that he might employ. But one potential cast member's consideration gives us a glimpse of an alternate universe -- and Disney's true intentions and sensitivities to charges of racism. Paul Robeson, soon to enter the gates of HUAC hell, was actually Walt's first choice to play Uncle Remus. Disney planned to work closely with Robeson to cleanse the script of scenes and situations that might offend the black audience. Sadly for both parties, Robeson dropped out, but the final choice for the role, James Baskett, was an example of Disney's instincts for perfect casting. From the day of the film's release, Baskett was accused of putting on a grinning mask for white people, but behind the mask he radiates dignified wisdom, and that heat has to come from somewhere within.

Walt Disney found it, and a great actor found the role of his lifetime.

The rest of the live action, starring Charles Crumb's boyhood obsession Bobby Driscoll as the typical towheaded Disney lad, is more hit-or-miss, especially when Baskett is off screen. Ruth Warrick, the first Mrs. Charles Foster Kane, plays Driscoll's overly genteel mother, and in a "Citizen Kane" mini-reunion, the brilliant Gregg Toland served as the cinematographer. The overwhelming bright primary colors that wash the screen contrast brilliantly with pastoral scenes of the rural South, which becomes another kind of cinematic Xanadu for Toland.

But it is the live-action scenes where the quease factor can rise for the viewer, depending on what the viewer is looking to find. Archetypal "mammy" Hattie McDaniel makes an appearance, and yes, Uncle Remus makes it clear that he knows his place, and that assumed place does provide some cringe-worthy moments. No history, revisionist or otherwise, can wish those moments away to some "laughing place." A rosy hue of nostalgia, even one lit by Gregg Toland, cannot erase the shadows that haunted the South's landscape after the Civil War. Premiering the film in Atlanta probably didn't help, and Walt Disney and the movie were widely criticized before and during the film's first release.

The fact that James Baskett would have been barred from attending the Atlanta premiere had he (or any of the black cast) chosen to attend cancels out any sympathies one might have for the filmmakers' hurt feelings, but the artifact they created is fascinating. Everybody in the movie tiptoes around the Dumbo in the room, but -- unlike in "Princess and the Frog" -- the uneasy truce they negotiated gives the film its power, and gives Bob Iger his reasons to keep you from seeing it.

But I know what you want to know. Is "Song of the South" racist? Should it be banned?

The answers? Of course, and of course not.

No studio product made in the 1940s with any black character could shake the culture that contained it. "Song of the South" was caught between one tide going out and another one coming in, and was sucked into oblivion as a result. In spite of the film's disastrous reception, or perhaps because of it, Walt Disney lobbied hard for an honorary Academy Award for his star. Baskett deserved the award he eventually received, two years after "Song of the South" was released. Baskett died a few months later, the first black male performer ever to receive an Oscar.

Why do only the most dedicated of film nerds know this? Ask Bob Iger. Am I reading too much into a 1946 cartoon? Absolutely.

But we can't debate the post-racial nuances of Baskett's performance down in the comments section because we aren't allowed to see it.

"Princess and the Frog" tries to transcend this issue by turning the heroine Green, the hero mocha and the voiceover Oprah.

"Song of the South," mired in its own briar patch of history, racism and conveniently adopted "ethics and integrity" has no such easy way out.

Dreams don't always come true, even in a Disney cartoon.