Jackson estate in record deal worth up to $250 million 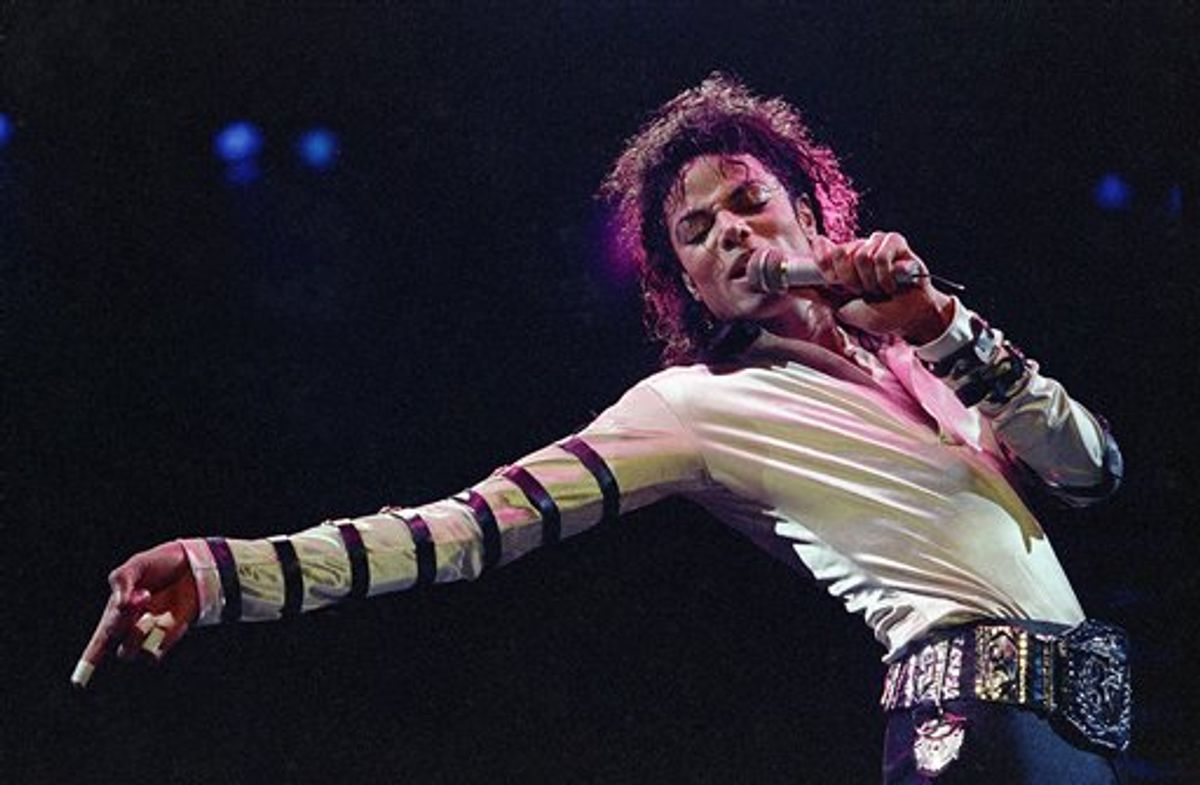 FILE - In this Feb. 24, 1988 file photo, Michael Jackson performs during his 13-city U.S. tour in Kansas City, Mo. The estate of Michael Jackson has landed the late King of Pop the biggest recording deal in history: a $200 million guaranteed contract with Sony Music Entertainment for 10 projects over seven years, according to a person familiar with the deal. (AP Photo/Cliff Schiappa, File) (AP)
--

Even in death, Michael Jackson is breaking new records.

The King of Pop's estate has signed the biggest recording deal in history: a $200 million guaranteed contract with Sony Music Entertainment for 10 projects over seven years, according to a person familiar with the deal.

The record-breaking contract through 2017 could be worth up to $250 million if certain conditions are met. One of the albums will be of never-before-released Jackson recordings that will come out in November, the person said.

The person spoke on condition of anonymity because the official announcement is expected later Tuesday.

Future projects may also include a video game, a DVD compilation of videos and a rerelease of "Off the Wall," Jackson's fifth studio album, which first came out in 1979, accompanied by some unreleased material. Before his sudden death in June at age 50, the pop star had wanted to reissue the album, people familiar with the deal said.

One of the projects already counted in the contract was the two-disc album that accompanied "This Is It," the film based on footage of concert rehearsals for what was to have been Jackson's comeback at London's O2 arena.

Including the more than 5 million copies of that special release, Jackson has sold some 31 million albums since his death, about two-thirds of them outside the United States.

"During his life, Michael's contracts set the standard for the industry," said John Branca, the co-administrator of the Jackson estate, in a statement prepared for release Tuesday. "By all objective criteria, this agreement with Sony Music demonstrates the lasting power of Michael's music by exceeding all previous industry benchmarks."

Rob Stringer, chairman of Sony Music's Columbia Epic Label Group, said in prepared remarks, "We're dedicated to protecting this icon's legacy and we're thrilled that we can continue to bring his music to the world for the foreseeable future."

The landmark deal is worth more than all other benchmarks, such as the all-encompassing rights deals that concert promoter and ticket-seller Live Nation Entertainment Inc. had previously signed with Madonna at $120 million and Jay-Z for $150 million.

Jackson's deal is even more remarkable because it does not include royalties from merchandise.

The contract shows the value of legacy artists. It also comes at a time of decline for the music industry, with sales down about half from their peak in 2000 mainly due to free file-swapping.

The money will go a long way to settling Jackson's debts, estimated at around $400 million when he died. But the singer whose life was plagued with scandal has had a resurgence in popularity in death.

Distribution rights for "This Is It" were sold to Sony Pictures, another unit of Sony Corp., for $60 million and the movie went on to gross $252 million worldwide, the most of any concert film ever.

Revenue from that, song sales and merchandising agreements brought into the estate revenues of about $100 million, lawyers for the estate's administrators told a Los Angeles Superior Court judge in December, when they sought a percentage as an administration fee.

The Walt Disney Co. even brought back the 17-minute Jackson movie "Captain EO" to its Disneyland theme park in Anaheim last month. The original began running at the park in 1986 but was pulled in 1997.

Jackson's most lasting and valuable asset is the 50 percent stake in Sony/ATV Music Publishing, a company that owns publishing rights to music by The Beatles and numerous other artists, including Elvis Presley and Bob Dylan. Split with Sony Music, the copyright catalog itself is estimated to be worth $2 billion.

The new financial windfall comes even as circumstances around his death remain in legal limbo.

Dr. Conrad Murray faces an involuntary manslaughter charge for allegedly giving Jackson a lethal combination of sedatives. He is due back in a Los Angeles court April 5.