How Petraeus could swing thinking on Israel 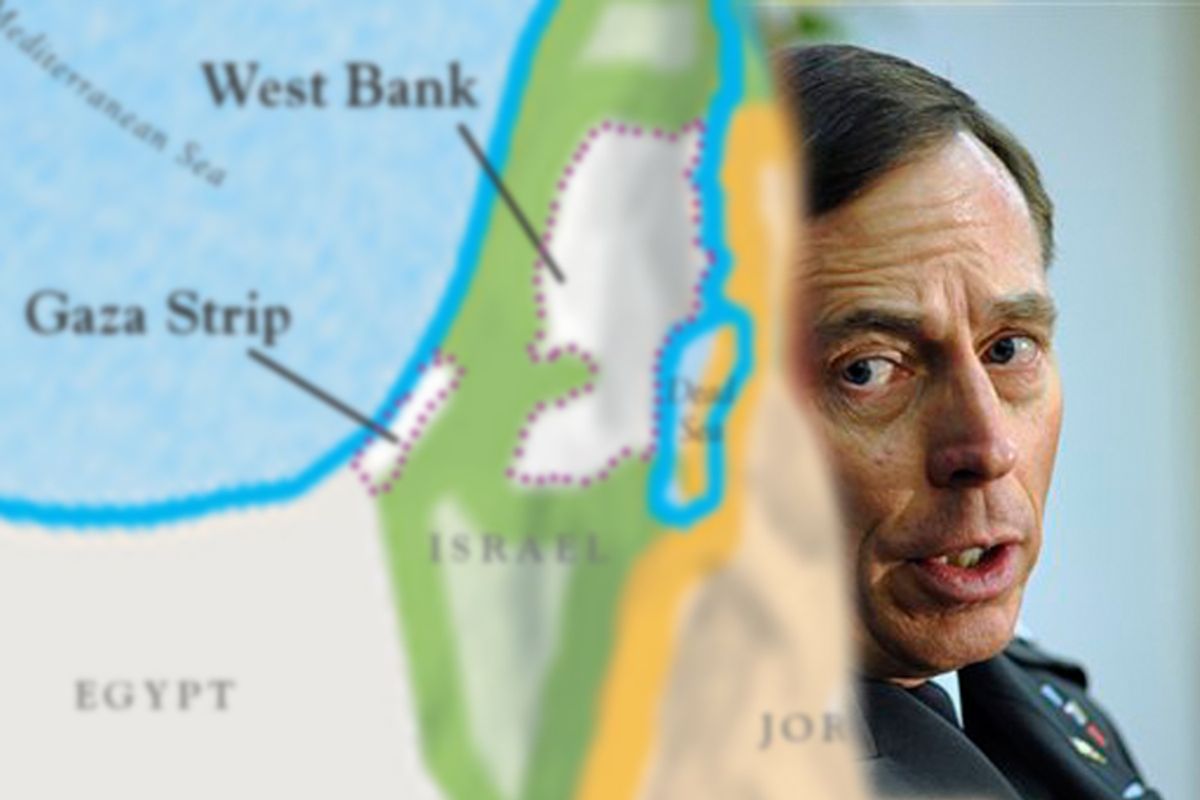 Gen. David Petraeus, commander of United States Central Command, may or may not have asked to add the West Bank and Gaza to the 4.6 million square miles of land and sea comprising his Area of Responsibility (AOR).

Writing in Foreign Policy magazine' s "Middle East Channel," journalist Mark Perry reports that he did. Petraeus, leaving himself plenty of wiggle room, says it's not so.

This much is certain, however: Gen. Petraeus, easily the most influential U. S. officer on active duty, has discovered the Holy Land. And his discovery is likely to discomfit those Americans committed to the proposition that the United States and Israel face the same threats and are bound together by identical interests.

With regard to the plight of the Palestinians, Petraeus says that this is emphatically not the case. Here, he believes, U. S. and Israeli interests diverge -- sharply and perhaps irreconcilably.

In a lengthy statement offered to the Armed Services Committee earlier this week, Petraeus ticked off a long list of problems in his AOR -- AfPak, Iran, Iraq, Yemen -- and then turned to what he called the "root causes of instability." Ranking as item No. 1 on his list was this: "insufficient progress toward a comprehensive Middle East peace." Petraeus continued:

The enduring hostilities between Israel and some of its neighbors present distinct challenges to our ability to advance our interests in the AOR. Israeli-Palestinian tensions often flare into violence and large-scale armed confrontations. The conflict foments anti-American sentiment, due to a perception of U.S. favoritism for Israel. Arab anger over the Palestinian question limits the strength and depth of U.S. partnerships with governments and peoples in the AOR and weakens the legitimacy of moderate regimes in the Arab world. Meanwhile, al-Qaeda and other militant groups exploit that anger to mobilize support. The conflict also gives Iran influence in the Arab world through its clients, Lebanese Hizballah and Hamas.

These judgments are not exactly novel. Indeed, they are commonplace, even if they remain in some quarters hotly contested. What is striking is that Petraeus, hardly a political naif, should have endorsed them -- and that he chose to do so at a moment when U. S.-Israeli relations are especially fraught.

What are we to make of this?

It seems increasingly clear that a thoroughgoing reappraisal of the U. S.-Israeli strategic partnership is in the offing. Much of the credit (or, if you prefer, blame) for that prospect belongs to John Mearsheimer and Stephen Walt, authors of the famous (or infamous) tract "The Israel Lobby."

Whatever that book's shortcomings, its appearance in 2007 injected into discussions of U.S.-Israeli relations a candor that that had been previously absent. Convictions that had been out of bounds now became legitimate subjects for discussion. Prejudices were transformed into mere opinions.

Out of this candor has come a rolling reassessment, with the ultimate outcome by no means clear. That David Petraeus, hitherto not known to be an anti-Semite, has implicitly endorsed one of Mearsheimer and Walt's core findings -- questioning whether the United States should view Israel as a strategic asset -- constitutes further evidence that something important is afoot.

Those most devoted to maintaining the status quo in U.S.-Israeli relations have shouted themselves hoarse in denouncing views such as those to which Petraeus himself subscribes. Whether they will now turn on the much-esteemed general remains to be seen.

Yet shouting hasn't worked and won't. It's far too late for that. Better to acknowledge the facts -- Petraeus states them with admirable clarity -- and then deal with the implications. Israeli wariness about creating a genuinely sovereign Palestinian state is entirely reasonable. The same can be said for Israel's determination never to betray any sign of weakness.

That said, the United States has a profound interest in redressing the long-standing grievances of the Palestinian people -- not with expectation that Islamic extremism will thereby vanish, with Muslims everywhere falling in love with America, but in order to strip away every last vestige of claimed moral justification for violent jihadism directed against the West.

To pretend that this divergence of interests does not exist or does not matter -- or to sustain the pretense that the fraudulent "peace process" holds out any real prospect of producing a solution -- is the equivalent of allowing a sore to fester. The inevitable result is to allow infection to spread, with potentially fateful consequences.

Here in the ninth year of the Long War, with U.S. policy toward the Islamic world one long record of folly and miscalculation, what we need is more candor, not less.

How long the United States can tolerate the denial of Palestinian self-determination is one question demanding urgent attention. Yet behind that question there lurks an even larger one: Is the progressive militarization of U.S. policy in the Greater Middle East -- entrusting ever more authority to proconsuls like Gen. Petraeus and flooding the region with American troops -- contributing to peace and stability? Or is it producing precisely the opposite result?