Wedded in ... a domestic abuse trial

A judge presides over the union of a defendant and his alleged victim, and then dismisses the case 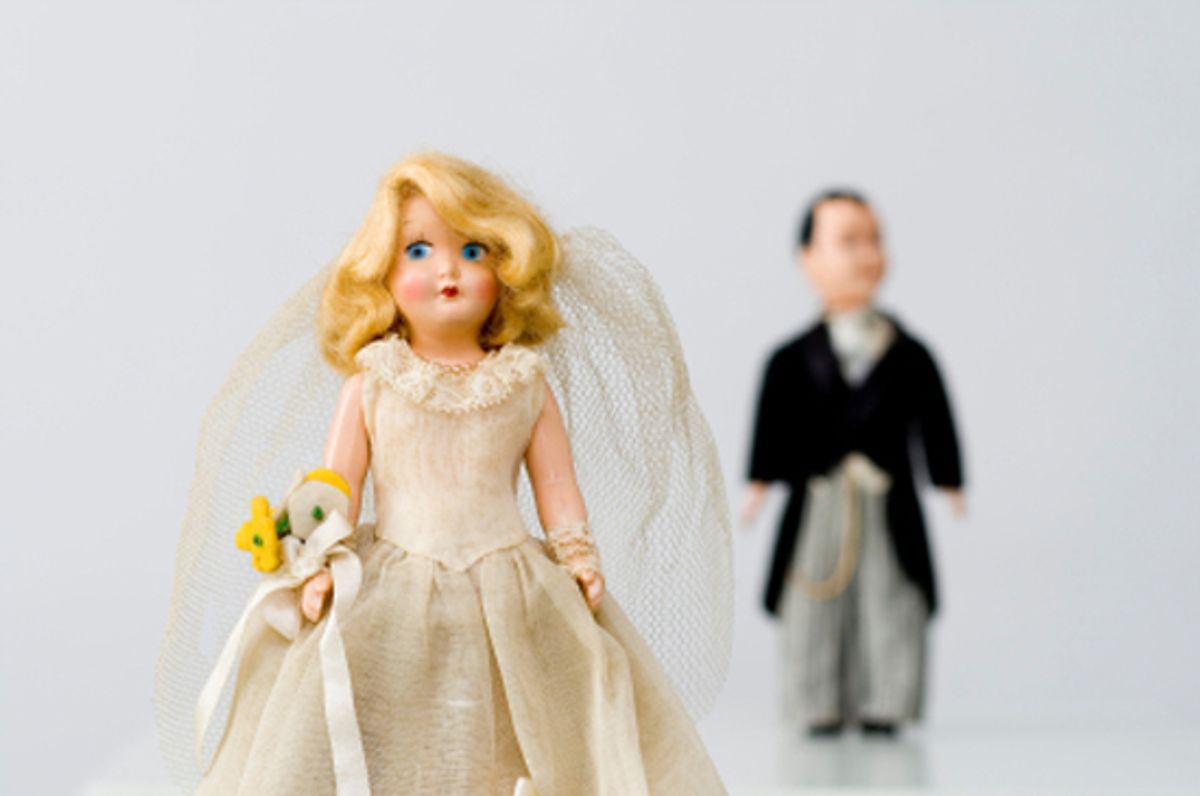 Once upon a time, a man was being prosecuted for hitting and kicking his fiance, and bashing her head against a wall. He asked the judge if he could have a postponement in order to marry his alleged victim and protect himself from prosecution. The judge replied: Sure, only, why don't I just marry you myself! So, the defendant excused himself to procure a marriage license and returned to the judges' chambers, where he and his fiance/alleged victim were wedded in holy matrimony. The trial resumed, the newly-wedded wife invoked marital privilege and refused to testify against her brand-new husband, and the judge found the defendant not guilty.

These are the shocking real-life events that transpired last week in Judge G. Darrell Russell Jr.'s Baltimore courtroom. It sure isn't every day you see a judge go out of his way to protect a defendant from prosecution, and add to that Russell's apparent disregard for a "police report detailing the woman's injuries and her initial statement," according to The Baltimore Sun. (For the record: Domestic violence convictions are often made without the alleged victim's testimony.) The icing on this sickening wedding cake is that after announcing his decision in court, the judge proclaimed: "I found you not guilty, so I can't sentence you as a defendant in any crimes, but earlier today, I sentenced you to life married to her." You mean, you couldn't convict the guy, but at least he'll suffer the rest of his life with a ball and chain -- or something?

Thankfully, Russell has been reassigned "to work in his chamber reviewing motions for civil cases," according to the Sun. At least there's one happy ending to this story, I guess?