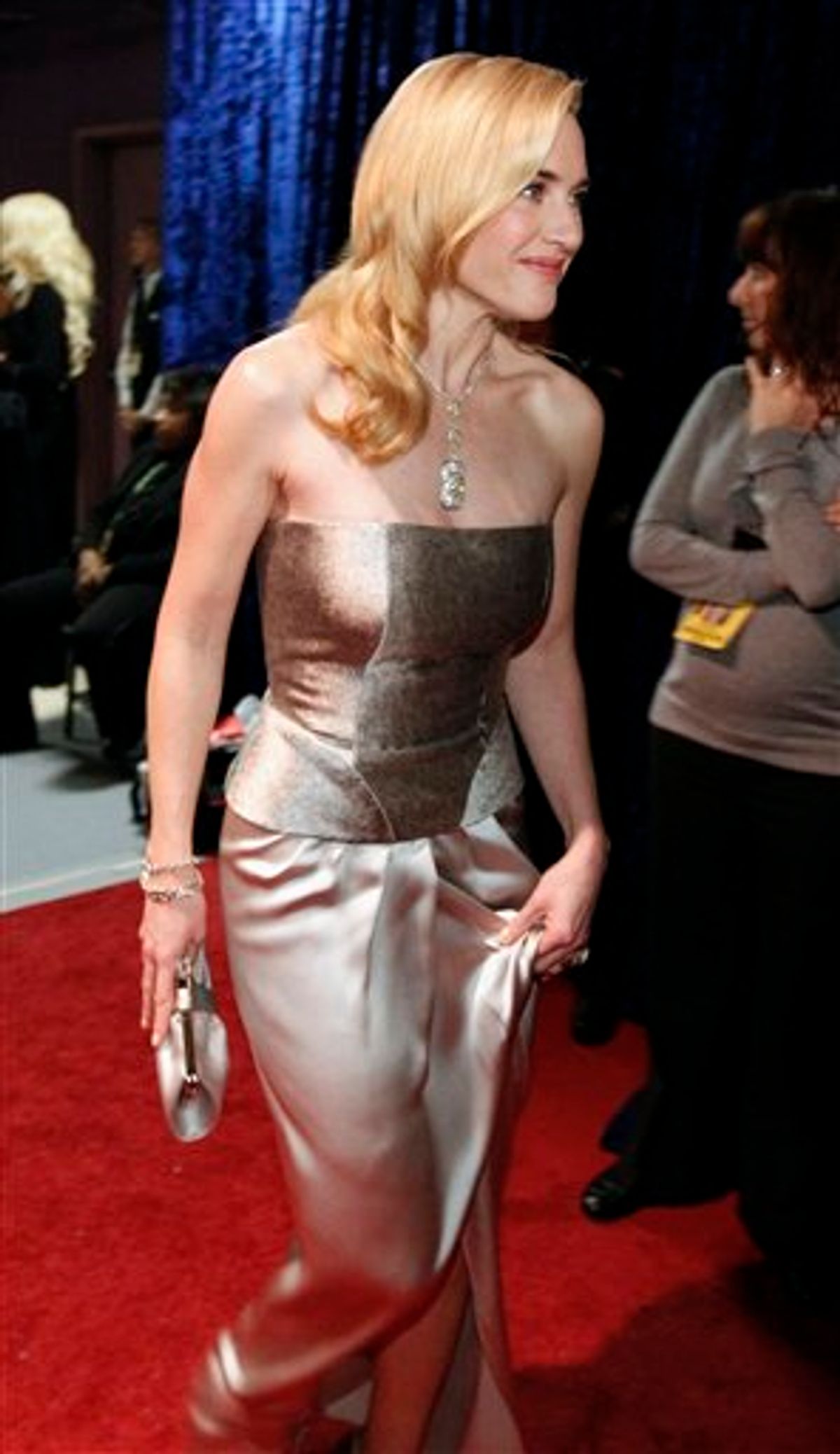 The surprise split puts an end to a golden couple of Britain's show business world, buttressed by matching Oscars and a host of commercial successes and artistic accolades.

The pair's law firm, Schillings, said the split was "entirely amicable and is by mutual agreement."

Winslet, 34, shot to international stardom on the back of her appearance opposite Leonardo DiCaprio in James Cameron's "Titanic," and sealed her reputation with an Academy Award for best actress for her role in "The Reader" in 2009.

Mendes, 44, was already an acclaimed stage director by the time he won an Oscar for directing "American Beauty" in 1999.

The pair married in a small, low-key ceremony in the Caribbean in May 2003. It was Winslet's second marriage. Her first, to British director Jim Threapleton, ended in divorce in 2001.

Winslet has an 9-year-old daughter, Mia, from her marriage to Threapleton and a 6-year-old son, Joe, with Mendes. Schillings' statement said Winslet and Mendes were "fully committed to the future joint parenting of their children."

It wasn't clear whether divorce proceedings have begun. The statement said no further comment would be made, and calls and e-mails seeking comment from the law firm weren't immediately returned.

Born into a family with a strong thespian tradition, Winslet threw herself into acting early, securing bit roles in TV dramas in her early teens. Her breakthrough came in Peter Jackson's "Heavenly Creatures," which traced the obsessive relationship between two schoolgirls in 1950s New Zealand.

She went on to run through a number of other stage and film roles -- including a memorable turn as Ophelia in Kenneth Branagh's film adaptation of "Hamlet" -- but stardom would not come until "Titantic," one of the most commercially successful films in cinematic history.

Winslet met Oxford-educated Mendes the same year she split from her first husband, at a time when Mendes was still serving as artistic director of London's Donmar Warehouse theater. Both Winslet and Mendes are natives of Reading, an English town just northwest of London.

At the time, Mendes told the AP that "there's no story, really, other than two people -- one famous person, another one who is slightly less famous and slightly less interesting."

Mendes followed the success of his cinematic debut, "American Beauty," with meditative gangster film "Road to Perdition," starring Tom Hanks. More recently he directed his wife in "Revolutionary Road," a film about a crumbling marriage that reunited Winslet with DiCaprio.

Reviews were largely favorable, but the film failed to set off the same box office fever that made "Titanic" such a huge hit.

In "Revolutionary Road," Winslet portrayed a suburban housewife who became increasingly bored and desperate with her stay-at-home life. The film won Winslet a Golden Globe for best dramatic actress, and in her acceptance speech she thanked her husband for pushing her so hard.

"Thank you for directing this film, babe, and thank you for killing us every single day and really enjoying us actually being in such horrific pain," she said last year. "But I can honestly say with my hand on my heart that I loved every second of working with you and it's made me love you more."

Mendes said directing his wife had been one of the best experiences of his life, although he said she liked to discuss the movie 24 hours a day while he preferred to do something else, like watch a baseball game, at night when work was done.

His next project is the 23rd James Bond film, which is expected to go into production later this year.