Slide show: The GOP's 1994 assault on Clinton Care shows that the more things change, the more they stay the same 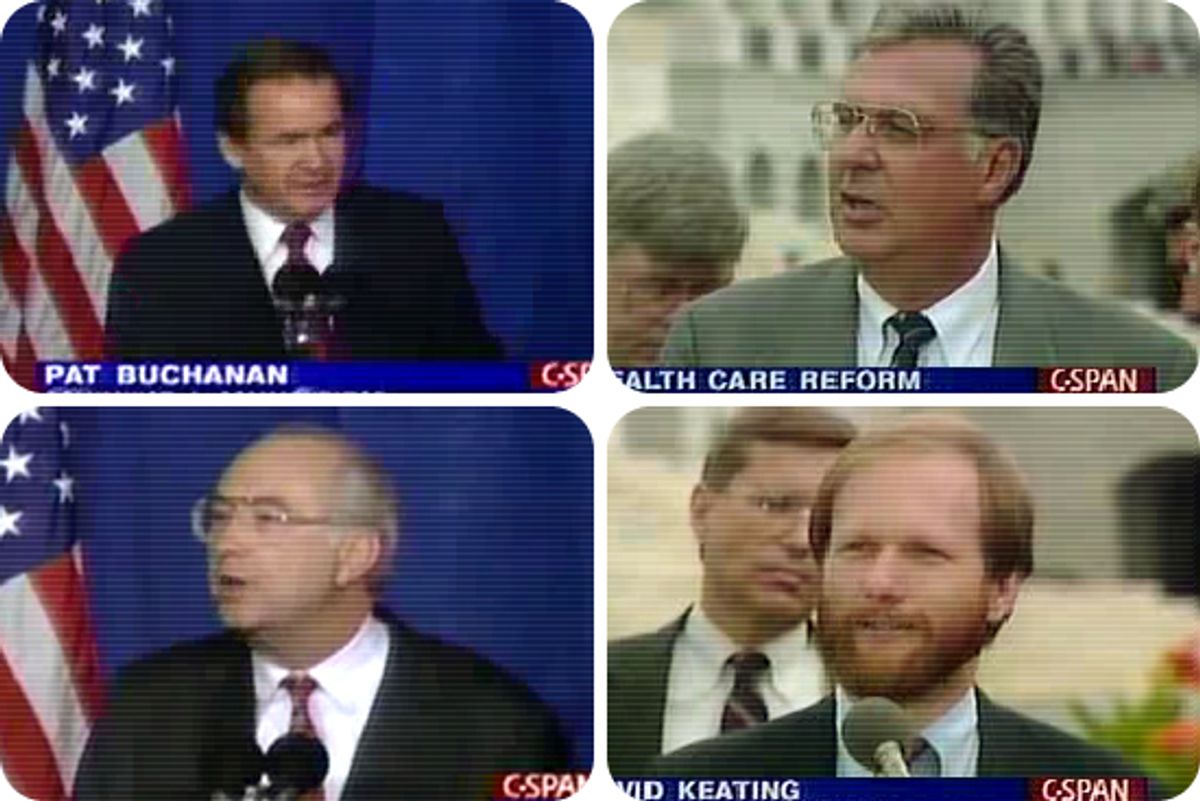 Republicans have aligned themselves in universal opposition to President Obama’s healthcare reform effort. But, they insist, it didn't have to be this way.

They were eager to work with the president and Democrats in Congress. But the extreme nature of the Democrats' plan and the unilateral way in which it was pursued left the GOP with no choice but to stand up and shout, "No!" That’s the Republican narrative, at least.

But these pleadings start to fall apart if you look back at the last great push for healthcare reform, 16 years ago under Bill Clinton – when Republicans picked apart and demagogued the president's plan with rhetoric nearly identical to what we hear from them today.

Here, thanks to C-Span's new video archive, is an assortment of GOP attacks on "Clinton Care" from 1994. Virtually word for word, they match up with the GOP’s present-day attacks on "Obama Care." Close your eyes and see if you can tell the difference.