The Congressional Budget Office's analysis of the healthcare bill sets off a tweet-storm. Patriotic, or just weird? 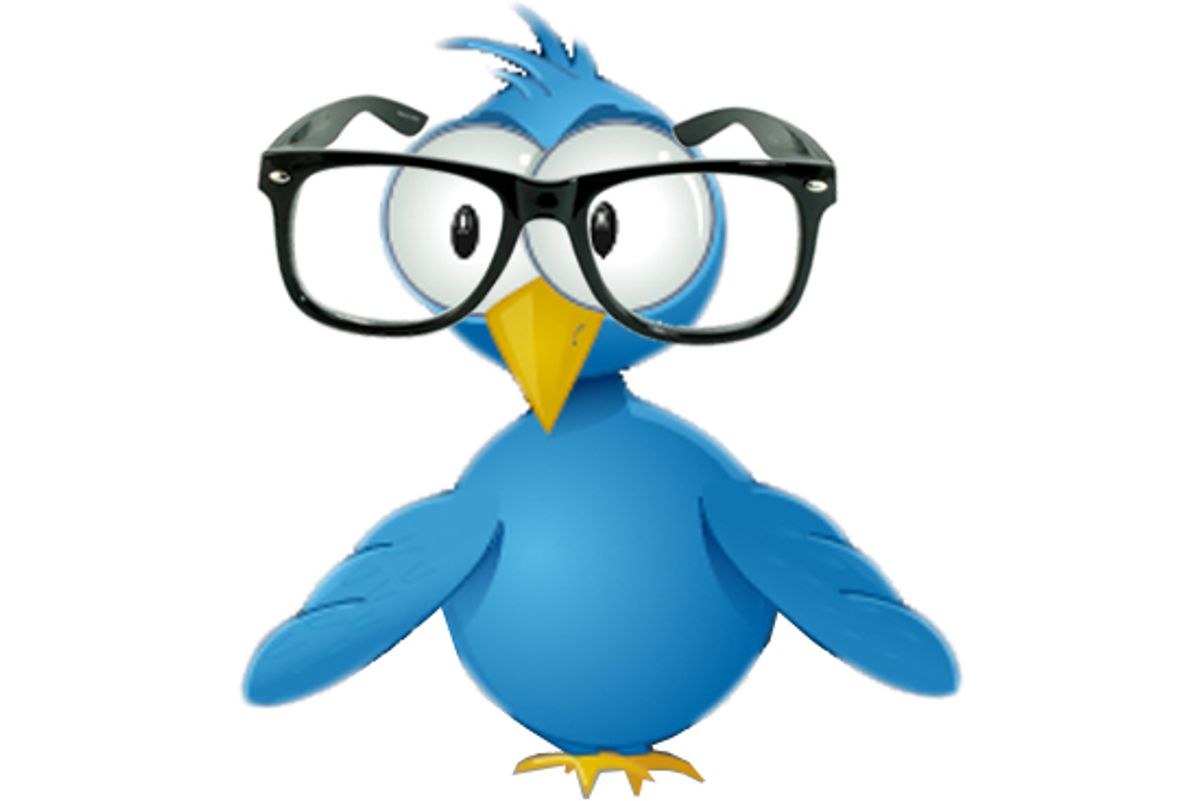 (BTW, #howyouathug when you downloadin' the CBO score of the hcr bill? Just sayin')

Rachel Maddow, the progressive MSNBC news affair talk show host meta-tweeted on the topic about midway through the peak CBO craziness: "Is it weird that CBO being a trending topic makes me feel patriotic?"

I don't know whether it's weird to feel patriotic at the sight of this spectacle, but it certainly is weird, period. There are few things more arcane or complex in modern U.S. political life than a CBO analysis of proposed legislation; to see it debated over in staccato bursts of 140 character communiques is the most bizarre mismatch between form and content since those dancing hippopotami graced the screen in Disney's "Fantasia."

Talk about your cacophonies! The beauty of a keyword search on Twitter on a politically hot topic is that you get all sides at once. For every disgruntled conservative quoting The Atlantic's Megan McArdle blogging that "this is a fiscal disaster waiting to happen" there's an ecstatic liberal retweeting the White House tweet, "'Responsible and Paid For': Orszag & CBO settle the debate once & for all on #hcr, costs & the deficit."

Once and for all? As if. The CBO score may have paved the way to a successful Democratic vote on Sunday but the debate is hardly over. Not when RNC Chairman Michael Steele is declaring that the the CBO numbers are "a lie" (a point endlessly tweeted by both the left and the right!) and House Republican Conference Chairman Mike Pence is telling Sean Hannity that "Medicare cost seven times more than CBO projected."

I learned that last fact from a tweet from Matt Lewis, a conservative who writes for Politics Daily. And that led to one of the more entertaining tweet-threads of the day, as the Washington Independent's Dave Weigel quickly retorted that "CBO didn't exist until 1974." (Medicare originally passed in 1965).

The comedian Sam Seder wasted no time in creating a new hashtag (a made-up keyword to make Twitter threads searchable) -- #mikepencetalkingpoint -- and the jokesters were off and running:

And so on. And on the Twitter hordes rage. Hundreds of Twitterers rebroadcast the Pence comment on Medicare, hundreds more retweeted Weigel's takedown. Never before, I will bet, have so many people decided they needed to express an opinion about the Congressional Budget Office. Beneath all the trivial sturm und drang, there's a serious point-- the battle over health care reform has fully penetrated the consciousness of the United States, whether expressed out on the street or in the voting booth or via a Twitter riff. History is being made, and we know it.