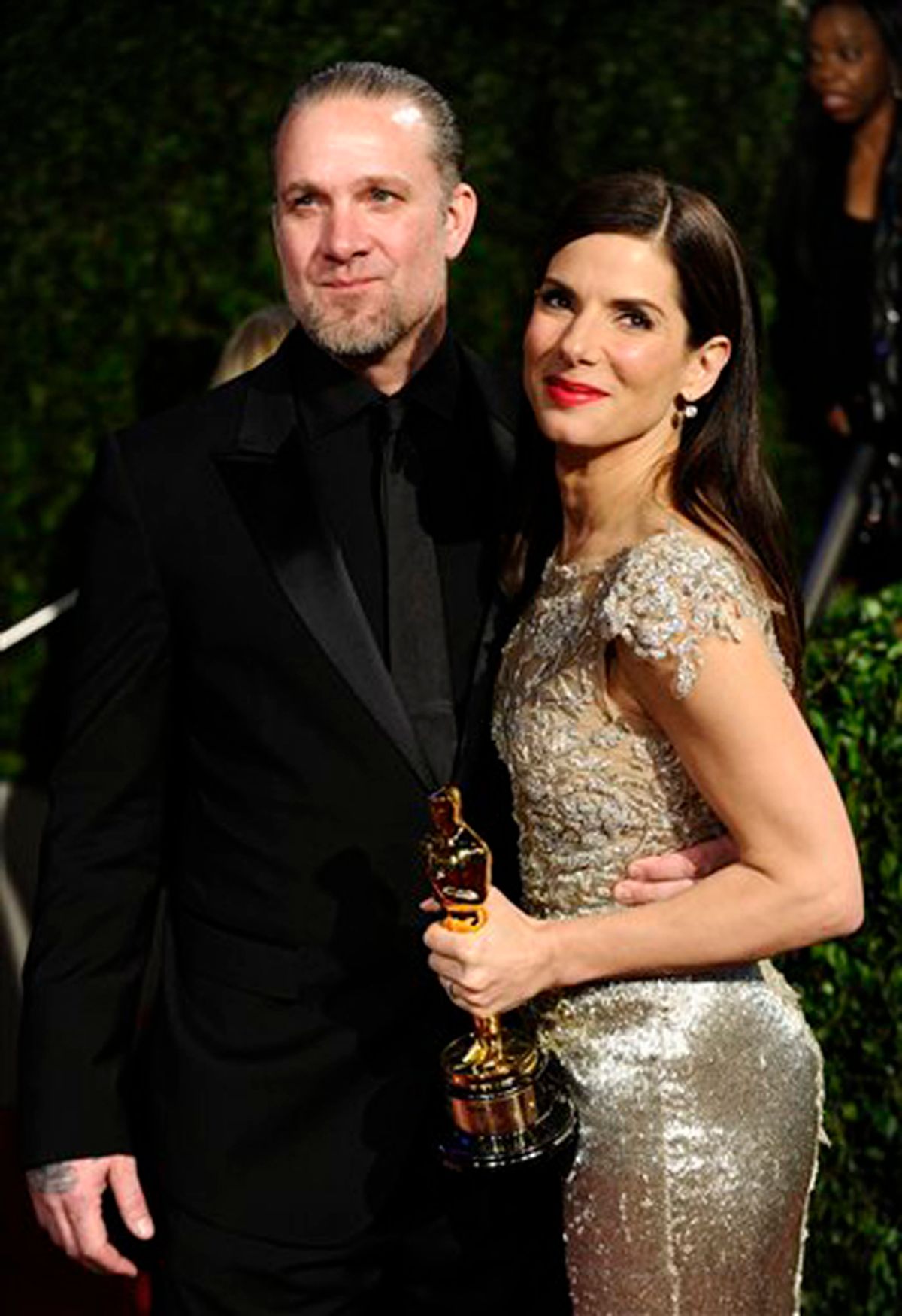 FILE - Sandra Bullock and Jesse James arrive at the Vanity Fair Oscar party on in this March 7, 2010 file photo taken in West Hollywood, Calif. Sandra Bullock has canceled her appearance at the London premiere of "The Blind Side" scheduled for Tuesday March 23, 2010 almost two weeks after winning a Best Actress Academy Award. In a statement released by Warner Bros UK., the 45-year-old actress says she can't attend the event for "unforeseen personal reasons." (AP Photo/Peter Kramer, File) (Peter Kramer)
--

Jesse James says he's sorry for the pain and embarrassment he's caused his wife Sandra Bullock and his three children from previous relationships.

James told People magazine in a statement Thursday that he exhibited "poor judgment" and "I deserve everything bad that is coming my way."

Internet tabloid reports surfaced Wednesday alleging that 40-year-old motorcycle builder had been unfaithful to Bullock, whom he married in 2005. Bullock subsequently canceled a planned appearance in London for the premiere of "The Blind Side," for which she won an Oscar, a Screen Actors Guild Award and a Golden Globe.

Representatives for James and Bullock did not respond to calls and e-mails seeking comment.

LOS ANGELES (AP) -- Sandra Bullock canceled her appearance at the London premiere of "The Blind Side" days after Internet reports alleged she was having trouble in her marriage and that she had left the couple's Southern California home.

People.com said Bullock had left the couple's home just days before a report of infidelity by her husband surfaced.

The couple were last seen together publicly at the Oscars. While Bullock didn't specifically thank James in her acceptance speech for best actress, they walked hand-in-hand on the red carpet, and he attended numerous award shows with her leading up to the Oscars.

The 45-year-old actress said Wednesday in a statement by Warner Bros. UK that she cannot attend next Tuesday's premiere of "The Blind Side" for "unforeseen personal reasons." She canceled her appearance almost two weeks after winning the Oscar for her performance in the movie.

Bullock went on to apologize for canceling her commitment and to thank people for their support of the film, which has made nearly $253 million domestically.

She and James were married in July 2005.

If Bullock and her husband have parted, it continues a long chain of broken relationships for best actress Academy Award winners.

Just in the past year, Susan Sarandon (winner in 1996) and Kate Winslet (2009) separated from their respective mates. Reese Witherspoon, Halle Berry and Julia Roberts are among the winners from the past decade who within a year of their victories had parted from their then-companions.

When Hilary Swank won in 2000 for "Boys Don't Cry," observers noted she did not mention her husband, Chad Lowe, in her acceptance speech, leading to rumors the couple were in trouble. Lowe was thanked first when Swank won again, in 2005, for "Million Dollar Baby." By the end of 2006, they had divorced.