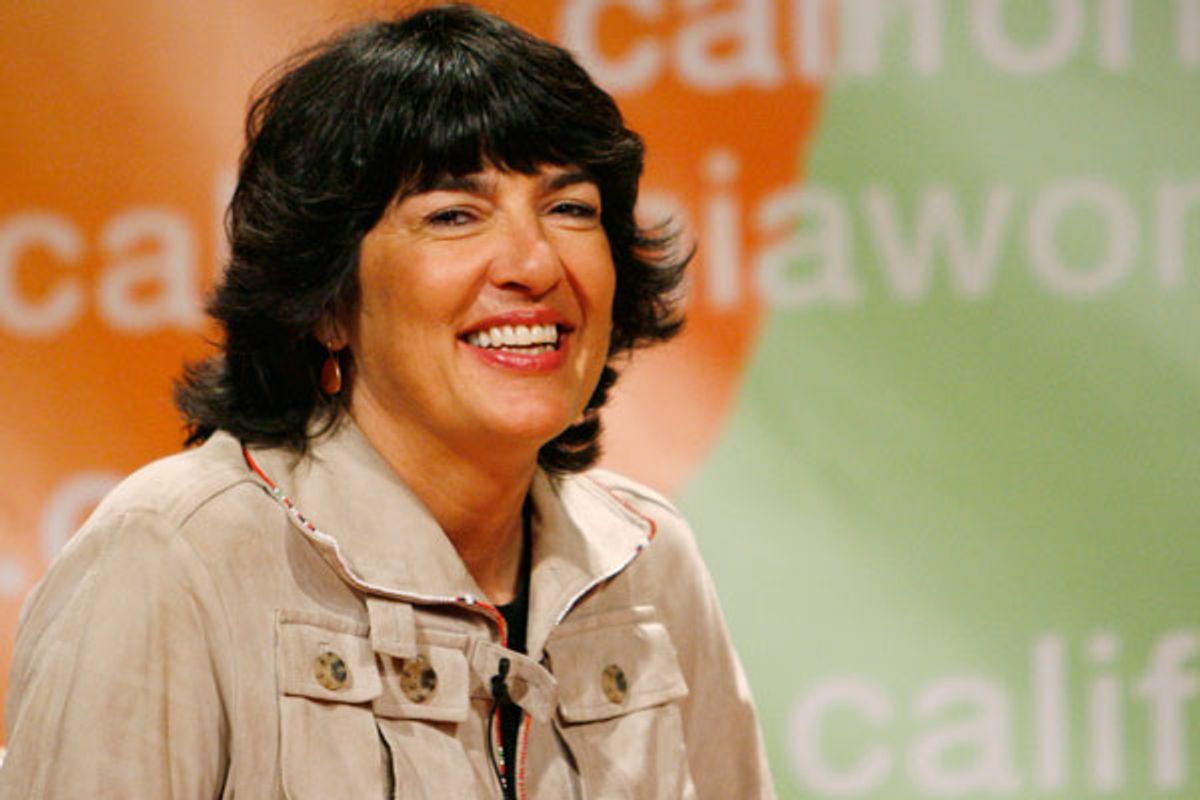 CNN correspondent Christiane Amanpour moderates a discussion on changing the world at the Women's Conference 2008 in Long Beach, California October 22, 2008.
--

It's official: Christiane Amanpour is trading in her bulletproof vest for the button-down uniform of a morning news anchor. After 27 years at CNN reporting from volatile countries and deadly war zones, the 52-year-old is leaving for ABC to host the Sunday morning program "This Week." Basically, she'll be dodging explosive beltway rhetoric instead of bullets. (Although she does plan to report abroad and more generally bring her international expertise to the D.C.-centric show in hopes of making "foreign news less foreign," she says.) Not only is this a dramatic career change for Amanpour, but it also makes her "the first woman to be the solo anchor of a network Sunday news program," as the Los Angeles Times points out -- which makes me feel all the worse for being, well, a little disappointed by the news.

I mean, "where there's war, there's Amanpour," right? In my mind's eye, she is something of a dream female action figure. She's earned viewers' respect and trust, and with remarkably very little attention paid to the fact of her happening to be a lady. She embodies all of the crucial traits Katie Couric was roundly criticized for lacking when she took the helm at "CBS Evening News" -- namely "gravitas" (which many apparently translate to "balls"). Of course, it's easy for me to complain that I liked it better when she was risking her life on the front lines, and it certainly isn't her responsibility to chart her career according to the types of female role models that are sorely lacking in the world. It's just, damn, I'll miss seeing her in a bush jacket.

In honor of her 18 years as an international correspondent, behold this cheesetastic CNN commercial (which, OK, totally gave me chills).