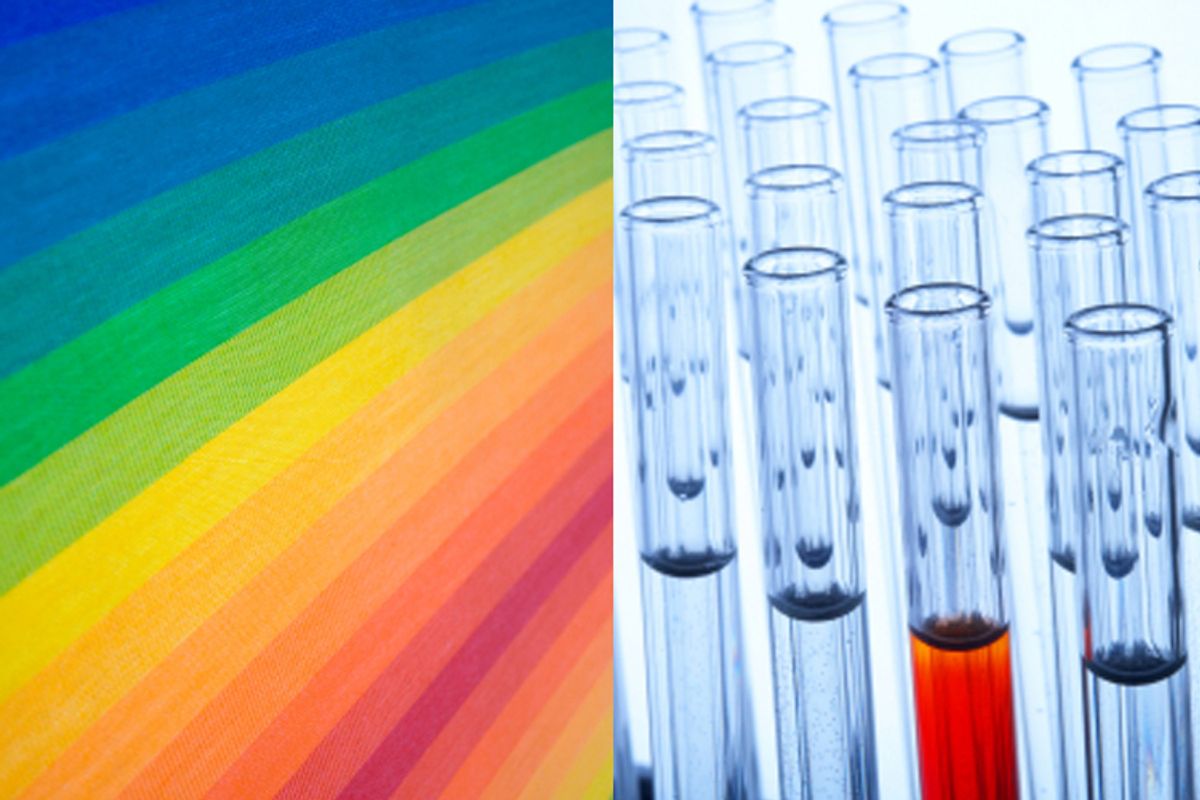 This post originally appeared on The Research Ethics Blog, on Open Salon (and researchethicsblog.com).

A recent story from CBC news has uncovered that in the US, clinical trials are being done from which potential participants who identify as gay or lesbian are being excluded. This trend was uncovered by a biostatistician who was gathering data on enrollment into cancer studies and found that, in a couple of studies he came across, sexual orientation was used as a screening tool and, ultimately, an exclusion criteria. After reviewing exclusion and inclusion criteria on more than 80,000 studies on ClinicalTrials.gov, a registry of clinical trials in the USA, he and his colleagues found that it wasn't just a fluke he had uncovered in one or two studies, but a noticeable trend in a percentage of clinical trials.

The letter in Thursday's New England Journal of Medicine includes examples of 37 studies out of 243 searched or 15 per cent that had explicit exclusionary language, such as requiring participants to be "in a reciprocal relationship with a person of the opposite sex." Some trials are restricted to heterosexual patients because of the nature of the study, such as how HIV spreads between heterosexual partners. But the researchers also found trials where there is no clear need to exclude lesbians and gay men, including a clinical trial of attention deficit-hyperactivity disorder.

While some might say, well, that isn't a huge number of studies in which this discriminatory and seemingly irrational practice has been employed, so why is this so worrisome? Here's why. Clinical research has a long history of trying to do one thing: prove that a hypothesis is correct. Best case scenario? Proving, through a randomized controlled trial -- still considered the gold standard of scientific evidence -- that x does in fact directly cause y. And the one thing that scientists don't like when trying to clearly demonstrate a correlation or cause? Confounding factors, i.e. things other than x, that might be causing y. So for many years in many studies, care was taken only to include participants who made up a relatively homogeneous group in order to minimize confounding factors. The result? We learned a lot about older, white males because they were the most dominant and powerful group. We learned about how heart disease affects older, white males. What a heart attack looks like in an older white male. How medications to treat chronic hypertension work in older, white males. You get the idea. Meanwhile a whole bunch of black men were dying from hypertension. Little to nothing was known about the disease, how to prevent it or treat it, in black men.

If we look back at clinical research, we see that many already-marginalized groups and those felt to be more vulnerable have been purposefully excluded from research. Non-whites, children, women, pregnant women, persons with mental illnesses, Aboriginal persons, the elderly, etc. While sometimes these exclusions have been for well-intentioned reasons, they often aren't scientifically justified. What happens is that, as a clinical community, we end up knowing very little about the health, illnesses and medication tolerances of these excluded groups -- and like the case of hypertension in older men, there may be some significantly different effect or tolerance that clinicians should and must know about.

Sometimes it makes sense to exclude particular groups. If you're conducting a study on the effect of certain hormonal medications on peri-menopausal women, then it makes sense to exclude men. But does it make sense to exclude non-white women, gay or bisexual women? Since menopause is a reality for all women, it really doesn't make sense. If you're conducting a clinical trial to find the ideal dose of a medication to treat SARS, it doesn't make much sense to conduct trials that might exclude women or children. SARS certainly isn't selective about who to infect. Knowing little to nothing about what is considered a safe dosage or medication for a pregnant woman or a child presenting in an emergency room with SARS can directly result in serious negative outcomes, and even death.

The exclusion of gays and lesbians, without one good scientifically sound reason, shouldn't be tolerated by the clinical community for two reasons. First, it's blatant discrimination, and without clear scientific rationale, seems simply like someone's political agenda making its way into scientific exclusionary criteria. Second, it seems clear that allowing this on any level implies we might well look the other way when faced with discriminatory clinical or research practices like this which have already been clearly shown, through history, to be far from beneficial.

Here's the letter that the biostatistician along with other colleagues, wrote to the New England Journal of Medicine, uncovering their findings on this practice: Clinical Trials That Explicitly Exclude Gay and Lesbian Patients.