Insurance company to me: Drop dead

Blue Shield won't pay for radiation therapy that could save my life. But I'm fighting back, and you can help 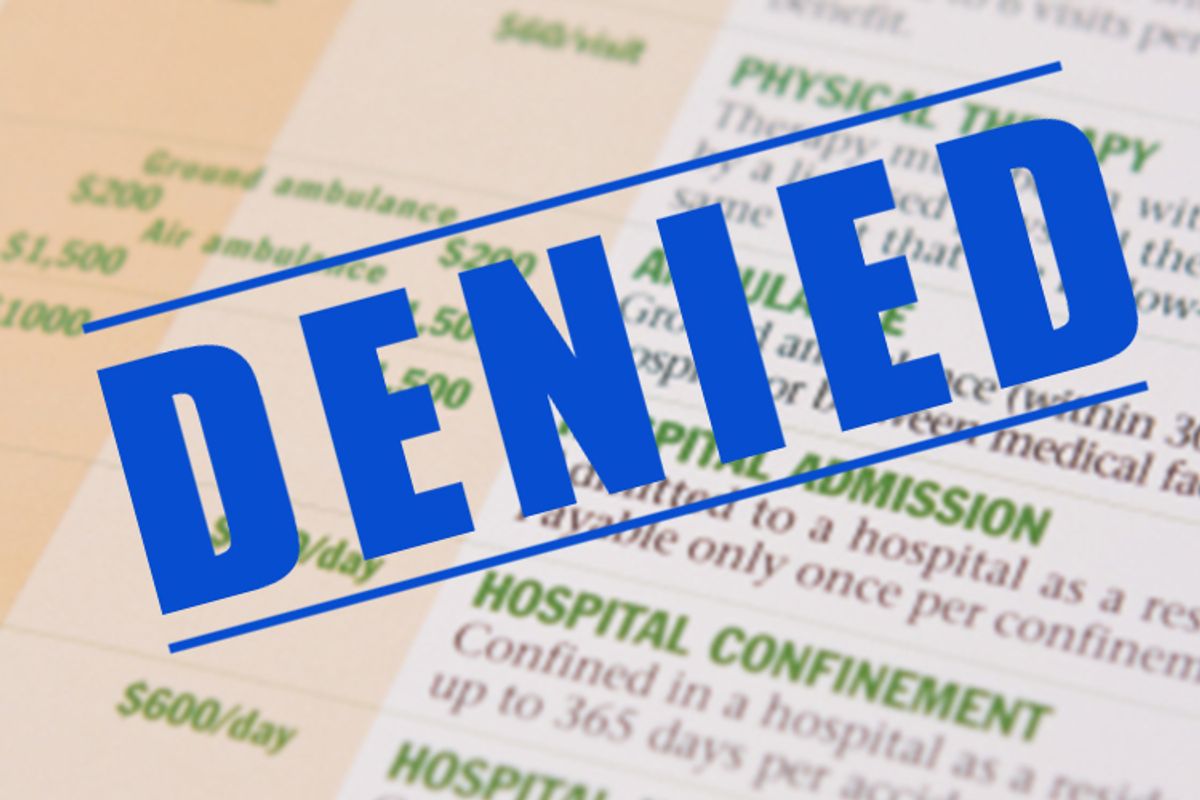 I've been recovering from cancer surgery and waiting for the insurance company to approve the next course of treatment, which is eight weeks of proton beam radiation therapy at Loma Linda Hospital in Southern California.

This treatment is what my surgeon, Dr. Christopher Ames of UCSF, calls the standard of care for sacral chordoma.

Today I learned that the insurance company has denied the request for this treatment.

Dr. Ames is a noted expert on spinal tumors. That's Ames in the ABC7  News video below -- taking four vertebrae out of a woman's neck and ... well, just watch the video. This is the guy who operated on me:

Dr. Ames says that 8 weeks of proton beam radiation therapy at Loma Linda Hospital is the standard of care and I believe him. So I called Blue Shield. They told me to fill out this grievance form.

I put the grievance form PDF on my Web site, where you can download one, too. Maybe if a few hundred, or a few thousand, of these forms were filled out and mailed to Member Services Grievances, Blue Shield of California, P.O. Box 272540, Chico, CA 95927-2540, well ... maybe it would get some attention. Or maybe if you called (800) 424-6521, which is the number that people with grievances are supposed to call, maybe that would get some attention. On the back of the form are instructions about how to contact the California Department of Managed Health Care.  Their phone number is 888-HMO-2219.

Sacral chordoma is a very rare cancer, and proton beam radiation therapy is not a well-known course of treatment. Plus it is expensive. So naturally an insurance company is going to carefully review a request for such treatment.

But Blue Shield wouldn't deny me needed care, would they?

I don't want special treatment. I want the same treatment anyone else would get. I just want treatment.

I thought of all the people who have written to me over the last few months wishing me well, and I thought maybe if I went public with this situation it might help. Up until now, I have not wanted to use my position in the media for personal benefit. But now that the insurance company is denying me life-saving care, I am going to do everything I can to ensure my survival. To that end, I have also hired a professional medical advocate who is working behind the scenes.

I really believe the insurance company will do the right thing. But they apparently need some persuasion.