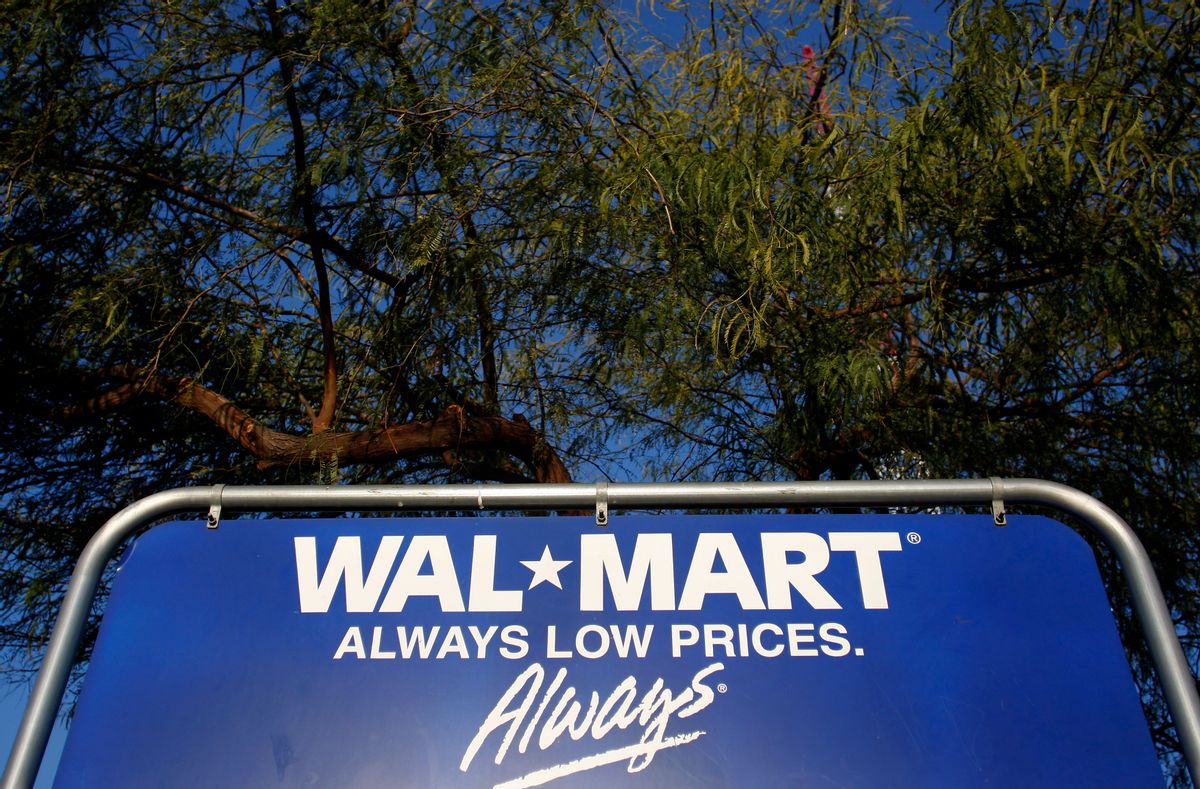 The news that Wal-Mart is aggressively expanding the number of "MoneyCenters" in its U.S. stores -- from 1000 to 1400 by the end of this year -- has excited a round of provocative commentary in the blogosphere. Wal-Mart's MoneyCenters provide, for a fee, check cashing, bill paying, and debit card services to people who typically don't have their own bank accounts. That would seem to put the company in the same dodgy category as the payday lenders and check cashers who extract a hefty pound of flesh from every desperate customer walking in the door.

But Wal-Mart charges much less per transaction than its most notorious "fringe banking" brethren, which encourages Matthew Yglesias to see the giant retailer as offering a welcome alternative to the competition.

If you're cashing, for example, a $1,000 biweekly paycheck then $6 is almost one third the price MoneyGram is asking. Nothing too earth-shattering about this, but it underscores the point that a lot of the time the best solution to abusive business practices is to find ways to get competing firms into the business.

In other words, don't try to regulate the bad payday lenders out of business, just encourage the kind of relentlessly cut-throat competition that will inevitably drive prices down.

This just continues to illustrate how interesting Wal-Mart is as a phenomenon and a mirror of American society and culture. Wal-Mart clearly has market power, which it occasionally uses abusively, if not necessarily illegally. But sometimes, it uses its market power to accomplish things government entities are unwilling or unable to accomplish -- pressing environmental standards on its suppliers, for instance, or reining in abusive lenders. I just appreciate Wal-Mart's ability to demonstrate the strangely ad hoc way in which American institutions manage to muddle through. Americans should maybe be taking Wal-Mart's market power a little more seriously, but hey, so long as its ability to shift the economics in local markets accomplishes goals a dysfunctional federal government is unable to address, well, it may be better to leave well enough alone.

You might almost wonder if labor unions and other anti-Wal-Mart activists were wrong to (successfully) oppose Wal-Mart's efforts in 2007 to become chartered as a bank. Retail banks were worried about ruinous competition, but maybe society would benefit if usurious money-lenders came under some pricing pressure.

But there's a dark side to this story. One driver for Wal-Mart's expansion of financial services is the growing pool of Americans who need such things as same day paycheck cashing.

Walmart's "target market is both the unbanked and underbanked population," Greg McBride, senior financial analyst at Bankrate.com, tells Marketing Daily, "and that is also a growth segment, particularly with recent legislation that makes it more difficult for consumers with poor credit to get credit cards, and the potential for reduced availability of free checking. And that population seems poised to continue growing."