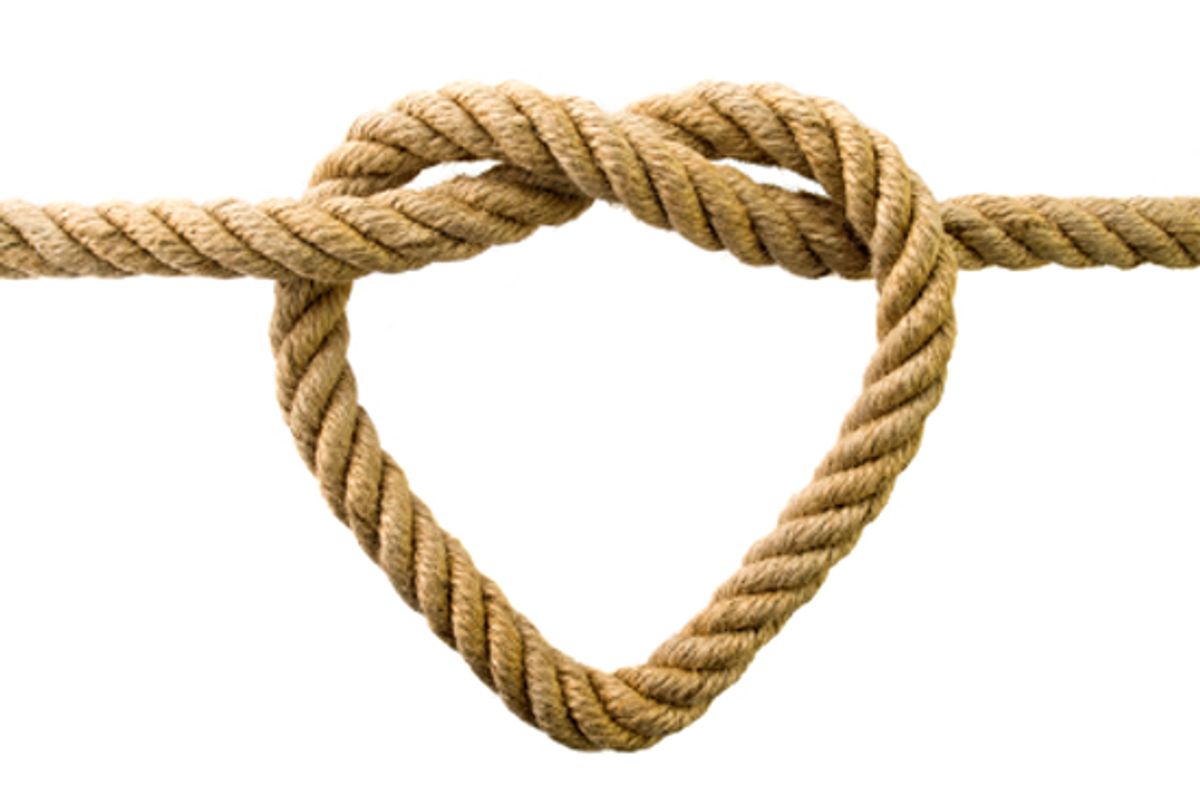 A few years ago, I put my old queen-size mattress up for sale on Craigslist. The first to show at my Brooklyn, N.Y., apartment was an attractive brunette in her mid-20s named Darla. She asked if she could lie down on it, and I politely averted my eyes as she bounced and flopped around. "I'll take it," she said. As we squeezed the mattress down the stairwell, she explained that she was on a roller derby team, and that it had kindled in her a new sense of self-confidence and female solidarity. After we tied the mattress to the roof of her Subaru, we exchanged numbers.

I should point out that I had only recently discovered the ease of texting. Suddenly, a hand-held device allowed me to write something I didn't have the courage to say to someone over the phone, never mind in person, and then to sit back and wait, burning with anticipation, for a response. The city at night seemed aglow with the variety of encounters this made possible. In truth, I wasn't even sure I wanted to go to the class. I was half-joking. I was also, frankly, a bit drunk.

And so on a cold night in November, I pushed open the heavy glass doors of Toys in Babeland's SoHo shop. Darla appeared soon after, zipped into a sleeping bag-length down jacket.

"Well, here we are!" she said brightly, kissing me on the cheek.

Two employees greeted us -- an effete young man in tight pants and a Mohawk, and a voluptuous black-haired girl in a jungle-green velour jumpsuit. Their expressions were identical: endlessly sympathetic, wildly sexual. They handed us packets and pens, and we sat down in a row of folding chairs near the back.

"That's the one I have," Darla said, gesturing at the display table. "The blue one." The device was large and streamlined, with the kind of wrist cord attachment found on cameras and flashlights.

The girl in the green jumpsuit stepped to the front of the ad hoc classroom, and everyone sat down. She introduced herself as Rosalyn (her name, like the others in this essay, has been changed), and explained that everyone is capable of both domination and submission, that nobody is either/or. Her eyes were smoky and dark -- bedroom eyes. When she asked what we wanted to learn, a heavy silence fell over the group.

"Knots!" a girl shouted at last, and the class laughed in relief. The girl was wearing cork-size plugs in her earlobes and holding her girlfriend's hand. They smiled radiantly, completely at ease under the circumstances. I envied them.

"All right, well. I hope you guys are ready, because this class is gonna be really fun!"

Darla pounced on the opportunity for irony. "Yes!" she whispered, squeezing my knee. I was uncomfortable being here -- far more uncomfortable than I'd predicted -- and the benign comment loosened me up to an almost psychotic degree. I laughed into my hand, worried I might giggle uncontrollably for the rest of the class, but the fit soon passed.

Rosalyn stepped back and Daniel, a shifty fellow in a baggy sheep's wool sweater and wingtips, took her place. "Hey, you guys! Welcome to Erotic Bondage and Dirty Domination!" he said, with considerable sass. Rosalyn had seemed a sensitive and reliable guide, but Daniel looked unsteady; he seemed to be in training for the job. Rather abruptly, he began reading from the packet we'd been given, looking up now and then to establish a rapport with the audience. "The masochist is someone who enjoys inflicting pain on others," he said, "whereas a sadist … a sadist enjoys being the recipient of pain."

"I think you got that backwards there," said a black man in sunglasses and a white Kangol hat near the front.

Daniel blushed and flipped the pages back and forth. He gave an exasperated "Ah!" before redefining the words correctly.

Just then, Rosalyn said, "I smell smoke. Is something burning?" As Daniel turned around, Rosalyn leapt at the table behind them, where a scented massage candle had lit one of the fanned sex-pamphlet displays. "Oh my God!" she shouted, laughing as she brought a hardback erotica book down on the table, smothering the flames.

Darla leaned in again and whispered, "Couple on first date dies in Babeland fire." An image came to me of our blackened corpses lying amid the molten remains of sex toys and flavored lubricants. I smiled. I sensed we were bonding over this strange lecture.

I am not squeamish by nature, but I suddenly started to panic. My heart was thumping. Each breath demanded more air than the last. The reason people go to dark bars on dates, I remembered, is to avoid having massive panic attacks. It was like being 13 again, halfway through a first date to the movies, not enjoying myself so much as trying to survive one moment to the next.

At that exact moment, the guy in front of me put his arm around the woman beside him. It was surprising to see, this act of casual tenderness in the face of what struck me as frightening sexual role play. By contrast, I'd been avoiding any physical contact with Darla, even the slightest grazing of her boot with mine, for fear of implying that I was into this, that she could expect such things from me. Out of the corner of my eye, I caught her glancing at me cautiously.

This, I discovered with a stab of self-pity, was the last straw. Earlier, I'd feared being summoned to the front of the class to take part in some kinky demonstration. Instead, the rope came to us. The tangible reality of it overpowered any attempt on my part at humor or ironic detachment. Darla and I stared at one another helplessly, like a couple of lost children.

"Should I … tie you?" she said, blushing to her hairline.

"Sure, sure," I said, offering my wrists like a prisoner about to be handcuffed. Following the steps in the packet, she carefully lashed them together in a trembling approximation of the Lahrer technique.

Afterward, while our classmates stayed behind for what appeared to be the true goal of the workshop (buying Babeland merchandise), Darla and I walked quickly to the nearest, darkest bar, where we drank whiskey and beer until our self-consciousness all but disappeared. We chuckled at our recent selves as though they were different people, clueless and socially inept.

Had she really wanted to go to the workshop, I asked, or had she been pretending?

"No, no, I wanted to go!" Darla yelled over the music. "I mean, if only so I could talk about it with the girls from derby. One of them gave me an S/M handbook a while back, but I still haven't looked through it."

Had she felt at all queasy during the dungeon scene?

"A bit. I sort of wanted a safe word, you know? To shout if things got too weird?"

"Totally. You looked super into it."

I closed the book and walked to the window. It was then that I noticed her bed. Stuffed animals and a fluffy white comforter had disguised my old mattress beneath. I'd forgotten all about it.

"How have you been finding the mattress?" I asked.

We lay down on the bed together and stared at the ceiling, where she'd stuck a small galaxy of glow-in-the-dark stars and planets. I told her I'd had a similar arrangement as a kid. Within minutes, we were both asleep.