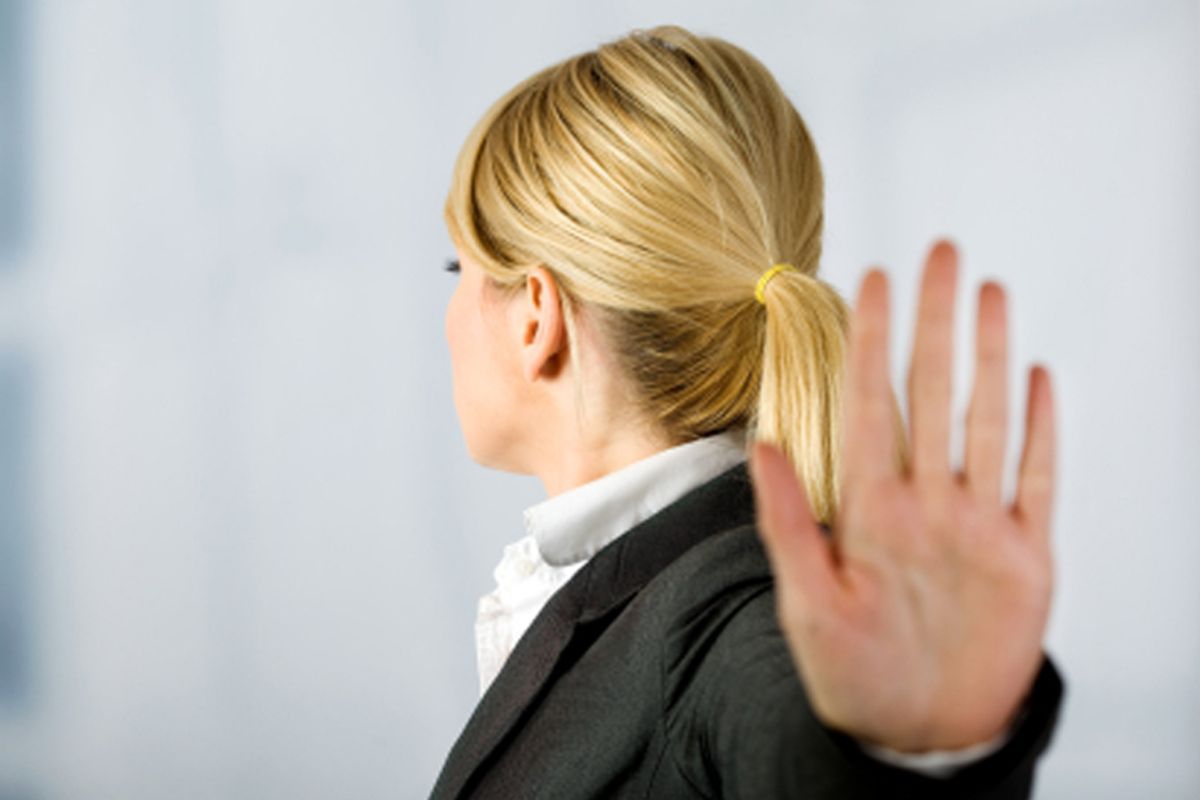 Three plucky Newsweek writers have called out their employer for sexism -- in the magazine's own pages, no less. In a lengthy feature article, Jessica Bennett, Jesse Ellison and Sarah Ball take a look back at a groundbreaking gender-discrimination lawsuit filed by 46 female Newsweek employees in 1970 and consider "just how much has changed, and how much hasn't" since then, ultimately as a means of talking about the subtler sexism that persist in the work world at large.

While women may no longer be told outright, as they once were, that they aren't allowed to write for Newsweek, a subtler sexism still persists, they argue. The trio writes:

[M]en wrote all but six of NEWSWEEK's 49 cover stories last year -- and two of those used the headline "The Thinking Man." In 1970, 25 percent of NEWSWEEK's editorial masthead was female; today that number is 39 percent. Better? Yes. But it's hardly equality.

Newsweek may have a female managing director who climbed the ranks at the magazine, "but just as the first black president hasn't wiped out racism," they argue, "a female at the top of a company doesn't eradicate sexism." And in a "highly sexualized, post-PC world, navigating gender roles at work is more confusing than ever." They write:

The sad truth is that when we do see women rise to the top, we wonder: was it purely their abilities, or did it have something to do with their looks? If a man takes an interest in our work, we can't help but think about the male superior who advised "using our sexuality" to get ahead, or the manager who winkingly asked one of us, apropos of nothing, to "bake me cookies."

Hmm, I wonder whether that male superior or manager works for Newsweek. Either way, bold move in calling them out.

See, now I'm having a retroactive fantasy of writing an article for a newspaper I interned for in college about how my editor would, without fail, grab at his junk while talking to me one-on-one and give me a look that just dared me to acknowledge it out-loud. And just imagine if I'd written about how the same editor would build me up and then tear me to shreds, over and over, like an emotionally abusive boyfriend. Sure, that would have gone over well. At the time, I went to my journalism professor for advice -- but omitted my close-encounters with crotch-rubbing out of embarrassment -- and she told me plainly that some men take "delight in putting a young, bright, attractive woman 'in her place'" and warned: "Take a lesson from this -- it won't be the last time." It sure wasn't, nor was it that last time I found myself turning a skeptical, paranoid eye toward the professional praise or attention I received from male superiors.

What impresses me about this piece isn't the distillation of the current evidence of persistent inequality, which is all too familiar to me as a ladyblogger. It's their bravery in not only speaking out about their past experiences with subtle and then not-so-subtle discrimination ("bake me cookies," seriously?) but also the fact that they are doing so in the very publication that pays their bills. (And major kudos to Newsweek for publishing the piece.) These tales are so often relegated to bathroom gossip because women don't want to risk their job or be seen as a whiner -- after all, you don't get into the boys' club by reminding everyone of what a girl you are. But part of pushing through the "the fog of subtle gender discrimination," as they call it, means telling these stories publicly, to women and men. So, to this trio, I say: You go, women.