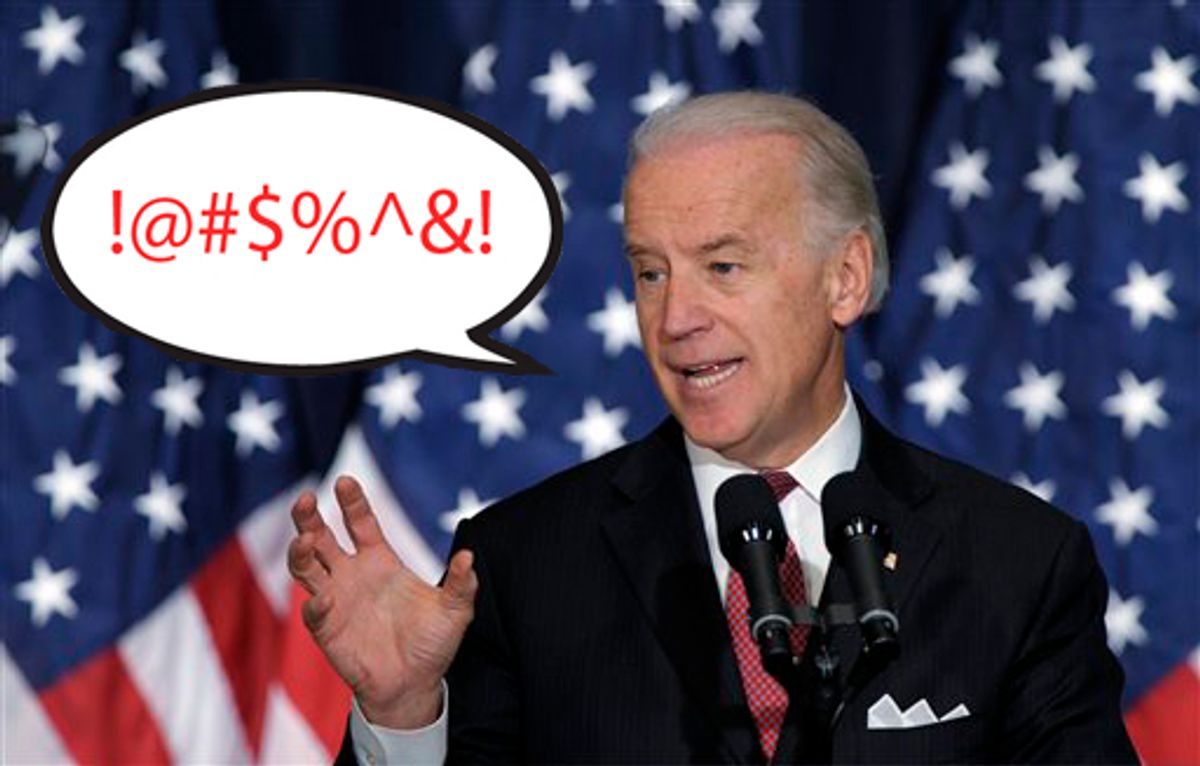 Vice President Joe Biden gets a lot of ribbing from the press, but almost all of it is in good humor -- reporters tend to love the habit he has of sticking his foot in his mouth. On Tuesday, as he finished introducing President Obama at the healthcare reform bill signing ceremony, he had another of his signature moments.

As you can see in the video below, as Biden congratulated Obama, he turned to whisper into the president's ear -- he thought -- "This is a big fucking deal." The microphones at the podium picked it up, however.

Personally, I wasn't sure that was really what Biden had said; the audio's a little unclear. But White House Press Secretary Robert Gibbs confirmed it, writing on Twitter, "And yes Mr. Vice President, you're right..."

(Standard disclaimer here, since I know I'll hear from angry readers otherwise: Yes, I know politicians swear, and that former Vice President Cheney did it too. And no, I don't think this is a big deal. It's just a funny little moment.)

UPDATE: Gibbs may have endorsed it. But the official White House transcript, just released, skips right past Biden's remark:

THE VICE PRESIDENT: Ladies and gentlemen, the President of the United States of America, Barack Obama. (Applause.)

THE PRESIDENT: Thank you, everybody. Thank you. (Applause.)