Brining meats is amazing. How much sodium does it add?

Ask the food geek! Today: Brining meat makes it wildly juicy. Here's how to figure how much salt it really adds 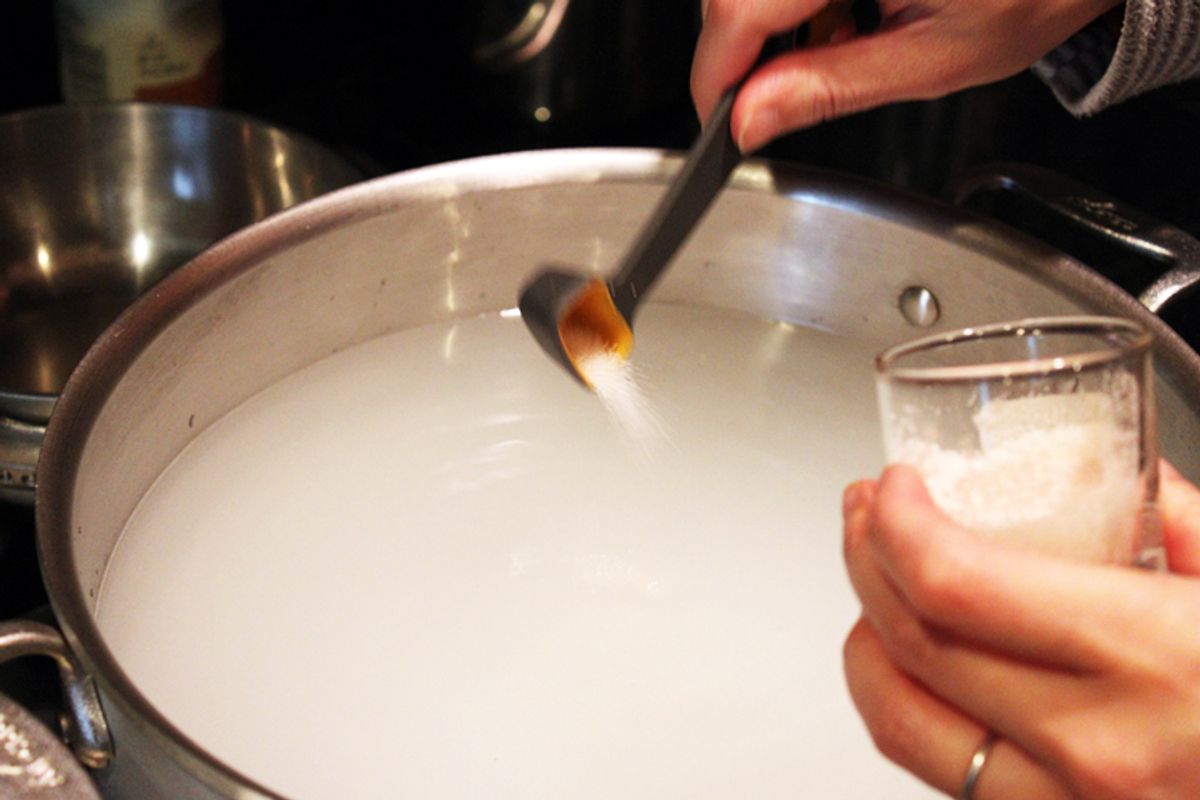 My doc told me to "watch my salt intake." If I brine a chicken or a turkey or a rack of ribs, how much is the normal salt content increased?

I feel you. Brining is one of those things that's easy to pick up and hard to put down. I mean, all you do is drop what would be dry, mild meat -- chicken breasts, say, or lean pork, or, of course, turkey -- in some salty water, let it hang out for a bit, and it comes out juicy and flavorful. Magic! It takes maybe two minutes of your time and a little forethought, and your dinner goes from sucky to succulent. There are few better cost-benefit deals in the world, let alone in cooking. (For an interesting overview of how it works, including revisiting old high-school chemistry terms like "diffusion" and "osmosis," click here.)

But there is a cost, as you suggest, in terms of sodium intake (and sugar, since many brine recipes call for sweetness to balance the saltiness). So I dusted off my pencil for you to see how much salt (and therefore sodium) ends up getting into meat you brine. Yes, it's word problem time, kids! I'm not the sharpest pencil in the bookbag, so if I can handle this math, so can you. So: A plane carrying a cup of table salt takes off heading west at 12 p.m. going 1,002 km/h...

Since Cook's Illustrated is who turned me on to brining lo this many years ago, let's go with its OG all-purpose brine recipe from the November/December 2001 issue:

Add these up, divide, and you'll find that salt is 6.6 percent of this solution, which is a little on the intense side of the 3 percent-6 percent salt in brines Harold McGee discusses in his classic of food science, "On Food and Cooking." So an effective brine can be made with nearly half the salt and sugar cut from this recipe (though Cook's doesn't recommend it).

Properly brined meats can soak up about 10 percent of their weight in brine, which is to say that if you have 1 pound (16 ounces) of meat in our brine, it will absorb 1.6 ounces of the solution.

So, 1.6 ounces x 6.6 percent (the percentage of salt) = .11 ounces of salt, or 3.25 grams, which is how much salt you add to your pound meat by brining it according to this recipe. Depending on your perspective, of course, this might seem like a lot or not much at all. If just seasoning meat superficially, I might use a little more than half this amount of salt.

But let's convert that salt to sodium and see where we stand. Remember that salt is not pure sodium, but rather, chemically, only 40 percent. So, accounting for that, 3.25g salt = 1300mg sodium, or just over half of the U.S. RDA of sodium, 2,400 milligrams. But that's in a whole pound of meat, and if you're regularly eating a whole pound of meat in a sitting, you might have bigger nutrition problems than what's in the brine.

Cook's Illustrated, the ever-lovable geeks that they are, went my homespun math a step further and just sent their samples off to a lab for sodium analysis. Their findings pretty much jibe with mine (pork = 1,161mg sodium per pound), but with an interesting twist. In their test, chicken absorbed significantly more brine, up to 1,673mg of sodium per pound. Which means that brining might be more effective (yum!) -- and therefore more sodium-intense -- for chicken than pork.

But more important, it highlights that there's no real good way to answer Alan's question, because there are always so many variables involved: even controlling for the brine recipe, one meat might absorb somewhat more or less than another; lean muscle might absorb differently than fatty tissue; bones might affect the way you weigh, etc., etc., etc.

Still, I hope this helps as a general guideline, or you may want to do the math for yourself according to your own cooking if you're really diligent. But I have to say this: I'm not the brightest mathematician on the block and a worse chemist, but I am good enough of a lawyer to tell you that if you have health or diet issues, you should talk about them with your doctor or nutritionist. I mean, how can you believe anything important you read on the Internet?

If you have any food or cooking questions we can sleuth out for you, send them to food[at]salon[dot]com.