The "Mad Money" host said that if healthcare passed, stocks would tumble. Instead, the market hit a 17-month high 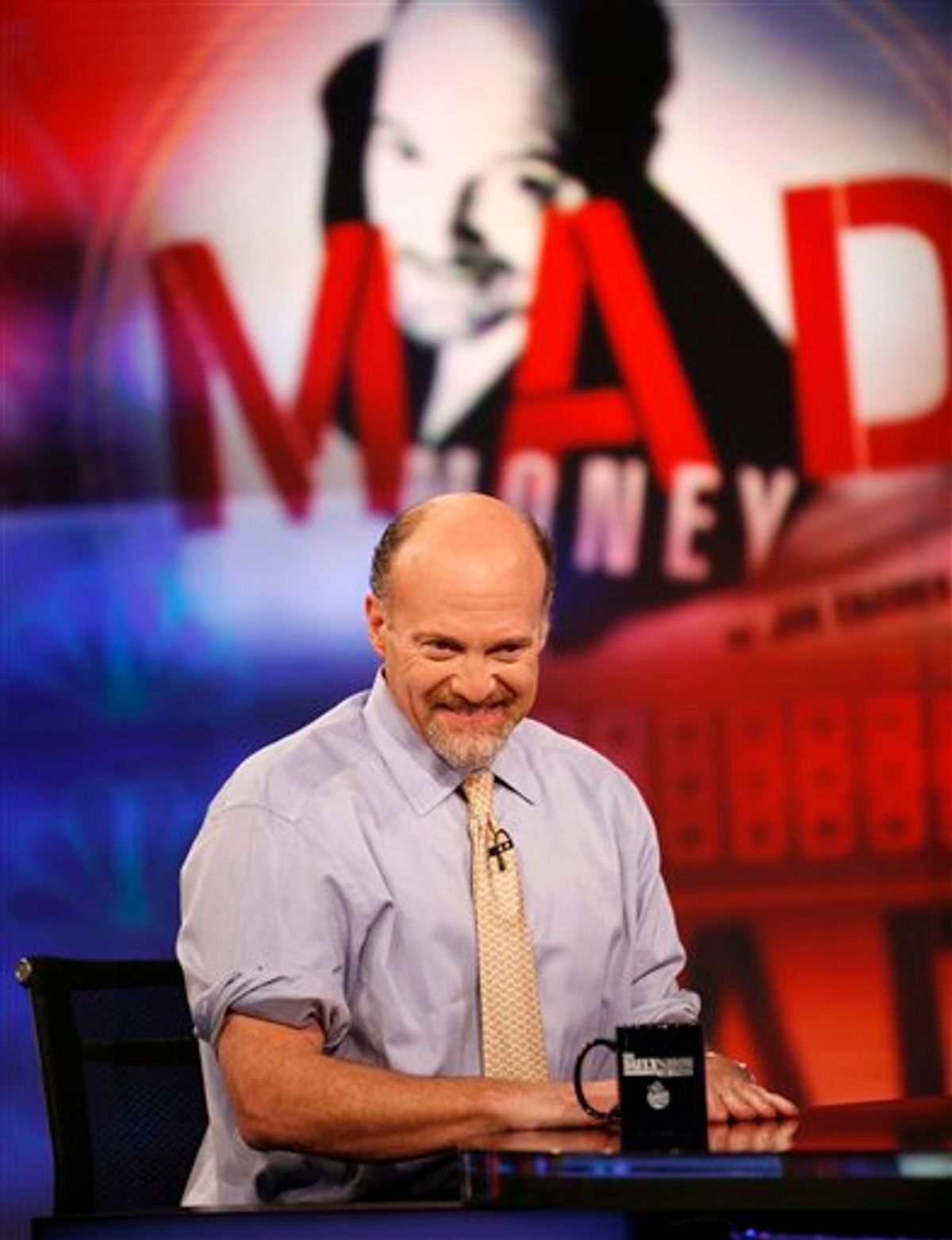 At the risk of sounding repetitive, I feel compelled to note this for the permanent record. On March 18, "Mad Money" host Jim Cramer appeared on CNBC's "The Kudlow Report" and predicted that passage of healthcare reform would "topple the stock market."

"First, it is the single biggest impediment to the stock market going higher,"Cramer said. "And a lot of this has to do with what's not being talked about enough with how it's going to be paid and also about what it will do to small business formation. This bill is a disaster for both."

We don't know, of course, what the true economic implications of healthcare reform will be. It would also be unwise to assume that stock market virility is any kind of endorsement of reform. Bloomberg attributes the rise in share prices to a series of good corporate earnings reports that are encouraging bullish sentiment.

As a baseline, however, we know that investors are not alarmed, for the moment If anything, they are surprisingly confident in the face of continuing weak economic indicators. But what we do know for sure is that if Jim Cramer makes a negative prediction involving analysis of Obama policy and the stock market, he is generally wrong. I sure hope the conservatives who tuned in to Kudlow's show looking for reasons to justify their distrust of Obama didn't act on his tip, because I can't imagine anything more dispiriting than witnessing Democrats exult over a big victory while losing money on the deal at the same time. As Slate's Daniel Gross warned yesterday, "don't short Obama." You're only going to get burned. Hillary learned that lesson, and so did John McCain. When's Jim Cramer going to buy a clue?