"Idol" judge saved by a bikini 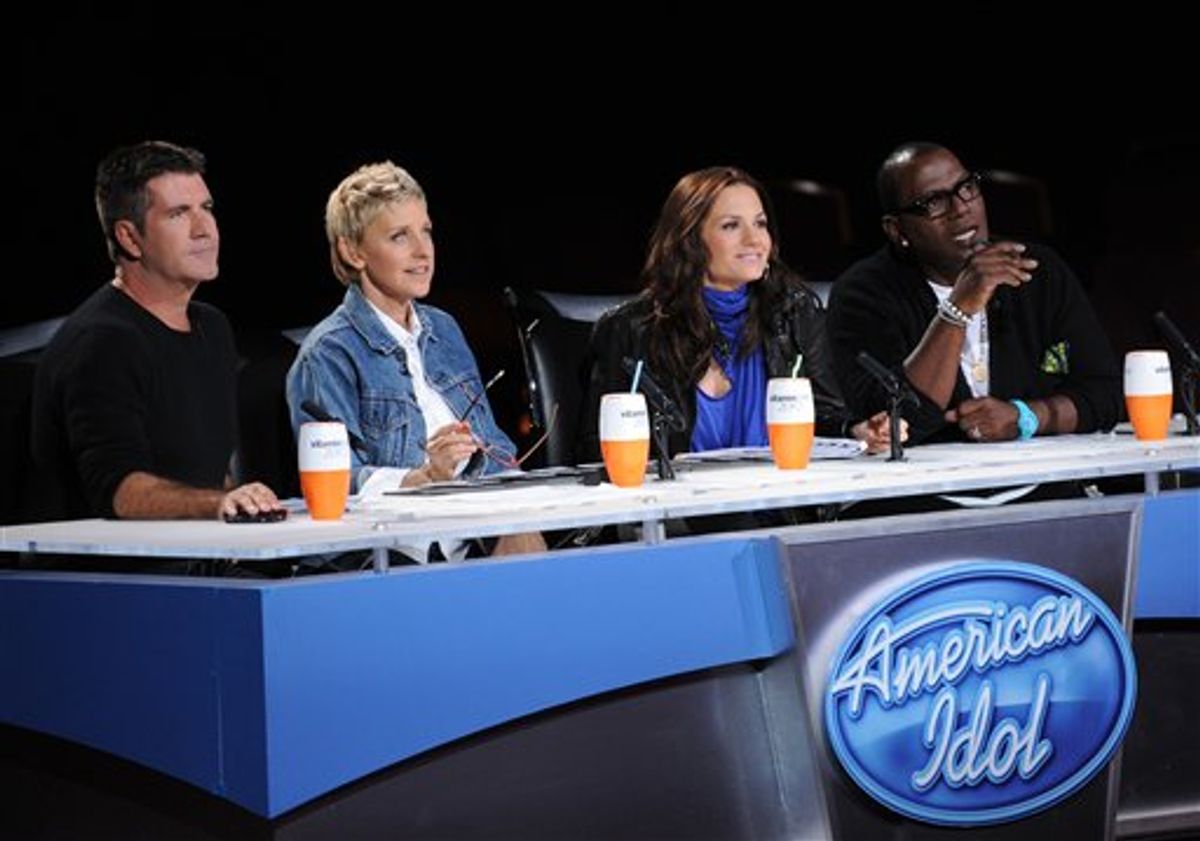 All it takes to secure your position as an "American Idol" judge is a little T'n'A, according to Kara DioGuardi. In the latest issue of Women's Health, the "Idol" judge bares her "dream body" and says that stripping down to a bikini during last season's "Idol" finale "probably saved my job."

In case you missed the sad bikini stunt, let me fill you in: It was part of a duet with Katrina Darrell (a.k.a. "Bikini Girl"), a contestant who, shall we say, put her strongest talent on display during auditions for the show. DioGuardi was none-too-impressed by "Bikini Girl's" attempt to cover up her poor vocals by uncovering her body and the two clashed. In other words: Cat fight! Of course, TV viewers ate it up. So, for the finale face-off, some brilliant "Idol" producer decided it wasn't enough for DioGuardi 's to simply outshine Darrell with her far superior pipes, she had to also competitively flaunt her physique.

DioGuardi says she was initially wary of the proposition. She explains, "I kept saying no. I mean, what crazy nut is gonna go out there in a bikini at almost 40 years of age against a girl who is 20 and probably cosmetically enhanced?" A crazy nut who wants to keep her job, apparently. It ended up being a "defining moment" and made people think, "She's serious and industry, but also as kooky as everyone else on this panel," she says. And -- hey! -- look where it's gotten her: In a bikini in the pages of "Women's Health" revealing how she got her "killer bod."