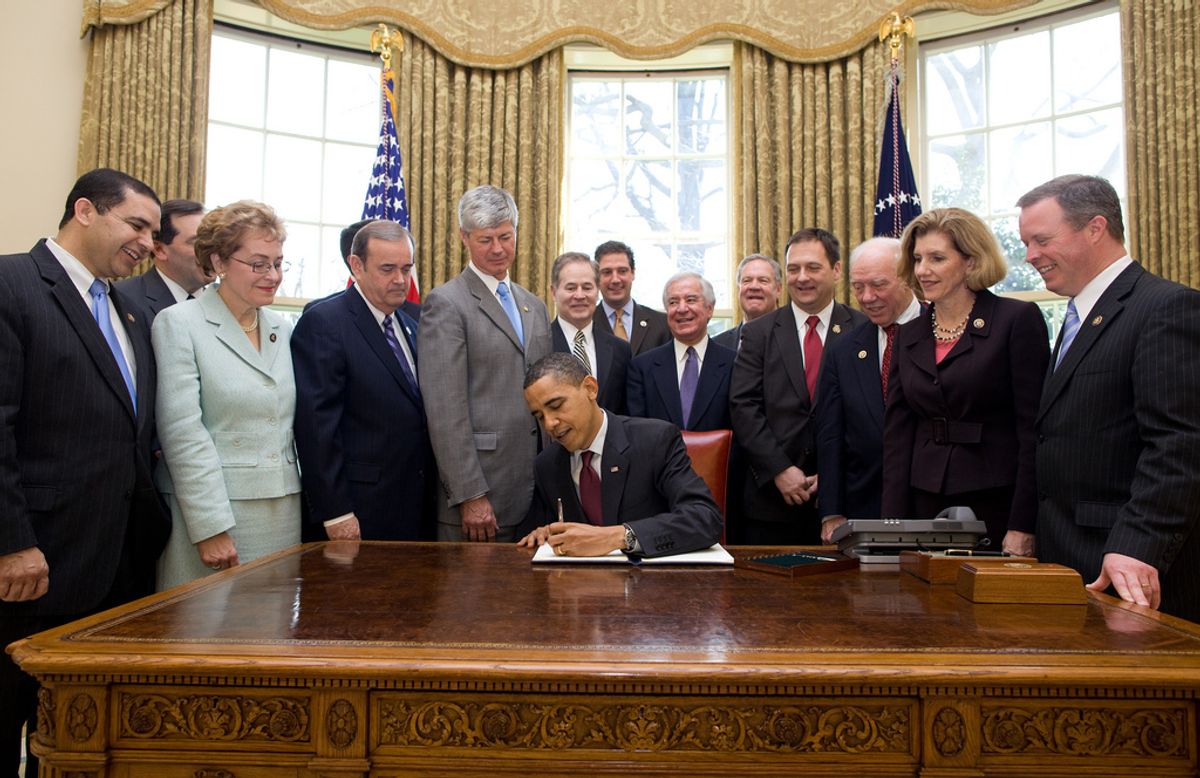 President Barack Obama signs an Executive Order that reaffirms the Patient Protection and Affordable Care Act's conssistency with longstanding restrictions on the use of federal funds for abortion, in the Oval Office, March 24, 2010. (Official White House Photo by Pete Souza) This official White House photograph is being made available only for publication by news organizations and/or for personal use printing by the subject(s) of the photograph. The photograph may not be manipulated in any way and may not be used in commercial or political materials, advertisements, emails, products, promotions that in any way suggests approval or endorsement of the President, the First Family, or the White House. (Official White House Photo)
--

On Tuesday, when President Obama signed healthcare reform into law, the East Room of the White House was one big party. Wednesday, when he signed the executive order that made passage of the bill possible, there was no big ceremony -- reporters weren't even allowed to watch.

In the Oval Office Wednesday afternoon, Obama signed an executive order imposing restrictions on abortion funding in the new healthcare reform law. In contrast to the swarm of people in the East Room on Tuesday, this time it was just Rep. Bart Stupak, D-Mich., who led the fight over abortion language in the legislation, along with some of their allies. The only record of the event allowed was a photo taken by the White House photographer. (It accompanies this post.)

This sort of thing doesn't do much for the administration's transparency credentials. But there's good reason, politically, for a move like this. Women, especially women's organizations, are an absolutely key constituency for the Democratic Party, and the White House can't afford to alienate them any more than it already did by making this deal with Stupak. On the flip side, Stupak and crew probably didn't want this moment to get much coverage either -- though they did get this one concession, they still essentially caved, and have been taking a beating for it.