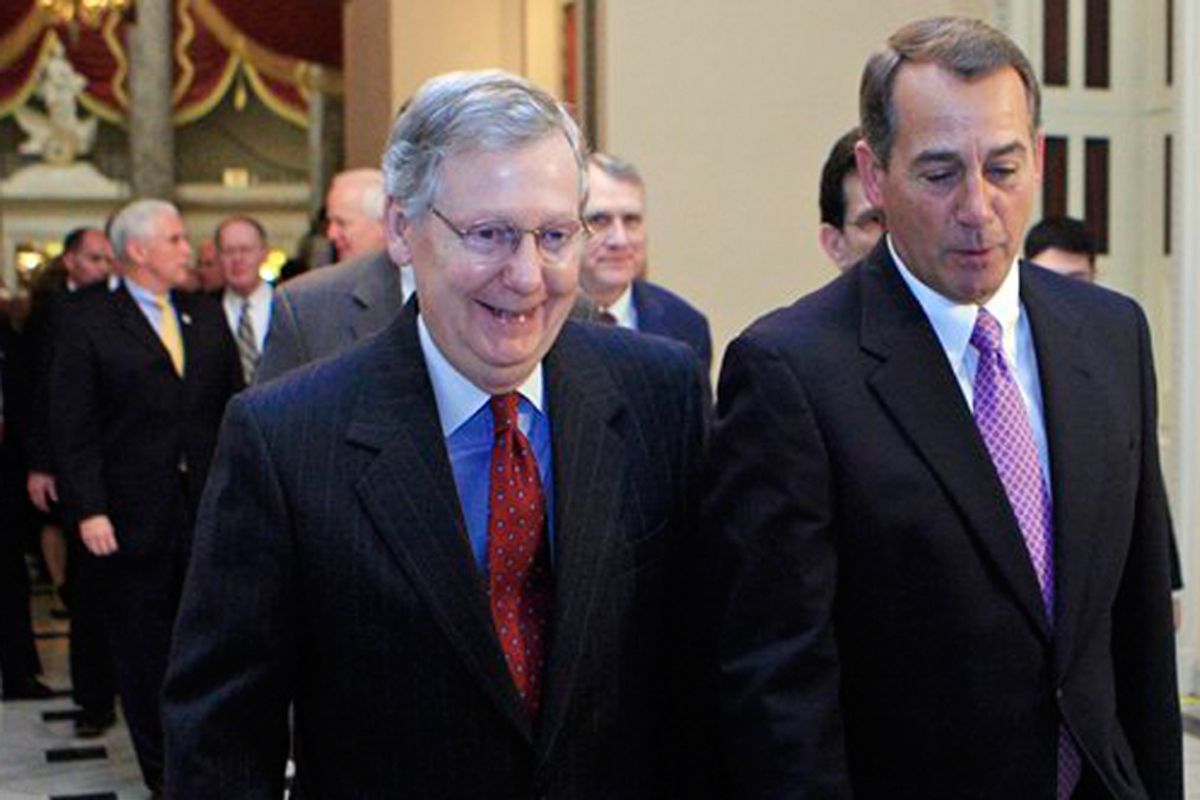 Over the past week, conservatives have been complaining even more loudly about the financial doomsday the bill will supposedly bring to the U.S. One statistic in particular echoes throughout the right: In 1965, Congress predicted that Medicare would cost the government $9 billion by 1990; in reality, once 1990 rolled around, the actual cost was $67 billion. These numbers, and others like them, have been written up on numerous conservative Web sites and in conservative media outlets, and this specific stat was tweeted by 20-odd Republican members of Congress in the lead-up to Sunday’s vote.

The point, of course, is to cast doubt on the Congressional Budget Office’s prediction that healthcare reform will actually cut the deficit by $138 billion over the next decade. After all, the reasoning goes, Congress has grossly underestimated the cost of healthcare programs in the past, so the same thing is bound to happen now.

These numbers refer to estimates made by the House Committee on Ways and Means about the cost of the hospital insurance portion of Medicare. Although similar statistics were used to malign the Clinton healthcare efforts of the early 1990s, the most recent incarnation of this meme stems from a report published by the Republican staff of the Joint Economic Committee last July.

Using the Medicare projections as a benchmark for the (in)ability of the legislature to predict healthcare costs is misleading at best. The Medicare predictions were so off in large part because of the unprecedented inflation of the 1970s. Although the predictions made adjustments based on what people in 1965 believed the dollar would be worth in 1990, the thirty-five year period saw much more inflation than anyone could have predicted.

Unlike the conservatives who eagerly parrot its statistics, the original report even acknowledges as much, noting that, after accounting for the unusually high inflation rates of the early '70s and other factors, the Medicare hospital insurance cost of $67 billion was 165 percent higher than estimated. In other words, the prediction of $9 billion, when readjusted for inflation, would actually come to something more like $25 billion. Compared with the actual cost of $67 billion, that's still not a great estimate, but it's a lot closer than the original numbers would suggest.

Additionally, equating the CBO with the House Ways and Means Commitee is certainly a stretch. Much as Republicans currently like to complain that the agency is essentially run by the Democrats, it is in fact an independent, nonpartisan group created in 1974 as a response to the problems inherent in having Congressional committees make predictions about the cost of their own bills.