So far, Apple's lawyers haven't dissuaded the iPhone's competition. If anything, the pace of change is accelerating 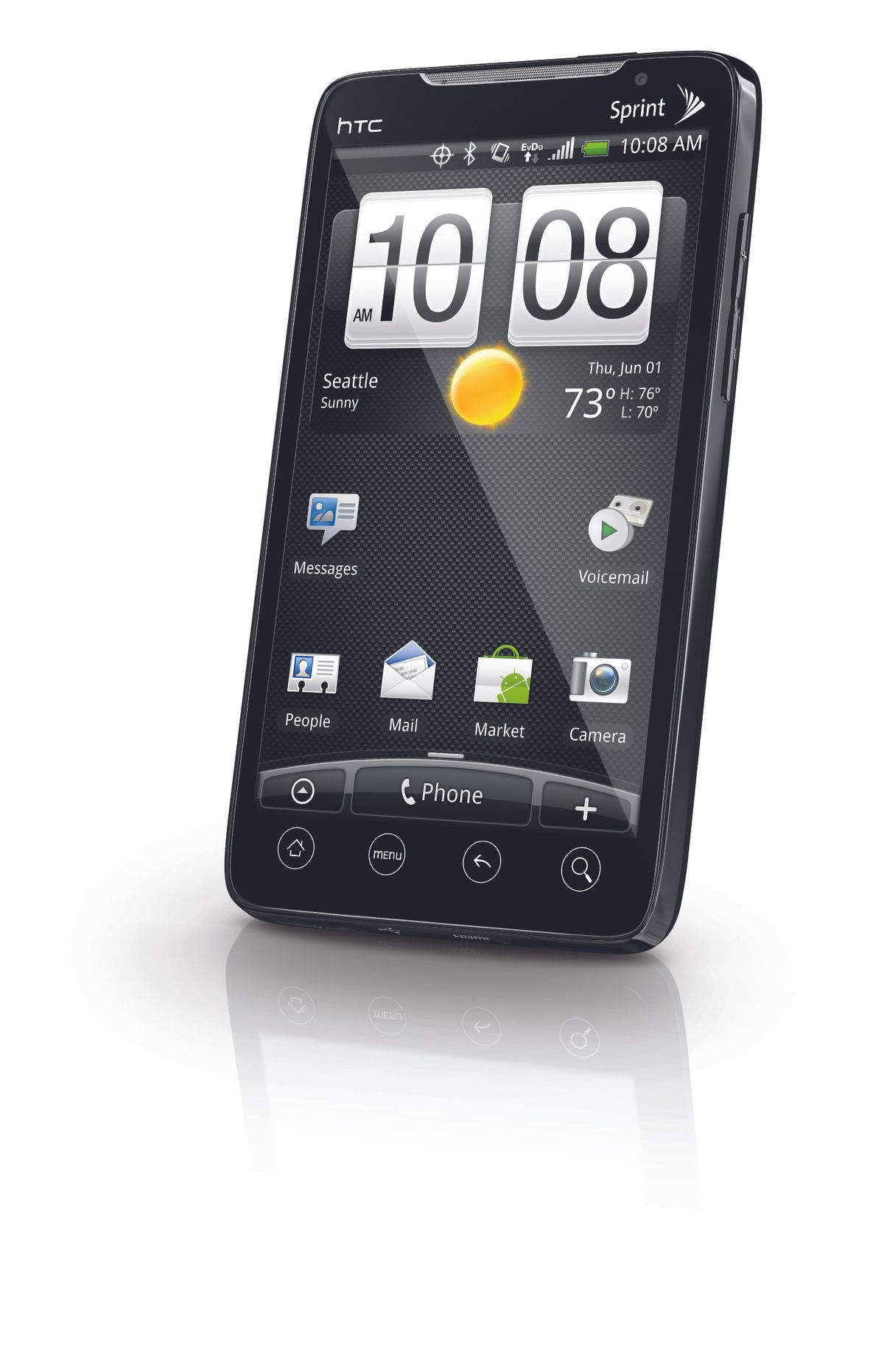 Not one, but two ridiculously feature-rich and slick-beyond-yesterday's-wildest-dreams Android smartphones debuted on Tuesday at the CTIA Wireless conference-- the Samsung Galaxy S and the HTC Evo 4G. Judging by search engine traffic and general tech-blog enthusiasm, the Evo instantly seized the imagination of the smartphone early adopter crowd, even though it isn't due to be released for the Sprint network until this summer.

Why the excitement? Well, the specs do look impressive. Among other things, the Evo boasts a screen 30 percent bigger than the iPhone, can serve as its own mobile wifi hot spot connecting up to 8 gadgets to Sprint's new superfast "WiMax"network, and sports two cameras -- an 8 megapixel version for the usual snapshots and video, and a 1.3 megapixel front-facing camera designed to be used for video-chatting.

It all sounds pretty neat, proof, yet again of how ridiculously fast the smartphone space is evolving. Forbes' Elizabeth Woyke reports one industry consultant declaring that even the velocity of change is accelerating.

As the EVO and Galaxy S battle, other Android phones are likely to get pushed aside. Gartenberg says Motorola's Droid handset, which launched with much fanfare about four months ago, now seems like "stale bread." "I think this is the fastest we've seen a significant, high-end phone become obsolete," he adds. "The market is evolving at a rate we've never seen before."

Competition breeds innovation and pushes prices down. But for how long? Android is the mobile phone operating system developed by Google. HTC is the Taiwanese manufacturer recently sued by Apple for alleged patent violations. Numerous reports suggest that Steve Jobs is enraged at the very notion of competitors attempting to out-iPhone the iPhone. Rather than focus all its energy on producing the next generation iPhone to leapfrog the new upstarts, Apple intends to devote considerable resources to kneecapping its opponents.

That's not necessarily to the benefit of consumers -- irrespective of the legal validity of Apple's claims. So we'd better enjoy the current Cambrian phone explosion while we can. There's no guarantee that it will continue, at this pace, indefinitely, now that the lawyers have been unleashed.

Apple How The World Works