As one of the public faces of Iraq war, Senor was a long shot in New York race 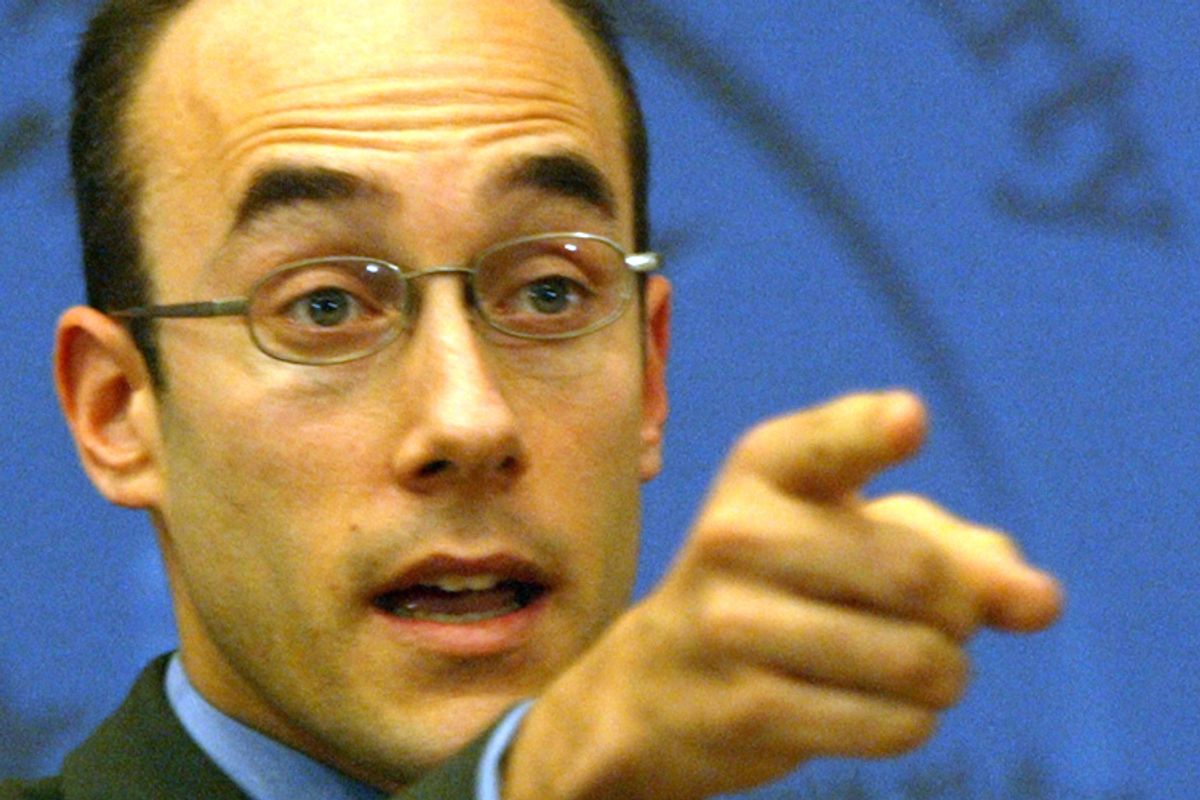 Dan Senor may have just made one of the best decisions of his life. Senor, who was an advisor to former President George W. Bush and served as the chief spokesman for the Coalition Provisional Authority in Iraq, has decided agaisnt running for Senate in New York.

"Over the past few weeks, I took a very serious look at running for the Senate seat in New York," Senor said in a statement released Wednesday. "I ultimately decided this wasn't the right time in my family and business life for me to run."

This does look like a favorable year for Republicans generally, and incumbent Sen. Kirsten Gillibrand, D-N.Y., is considered vulnerable. But it's hard to imagine how the baggage Senor is carrying from his time in the Bush administration wouldn't drag him down in a state like New York.