The movement is dominated by Republicans, a new survey shows, and they might jump ship for the right candidate 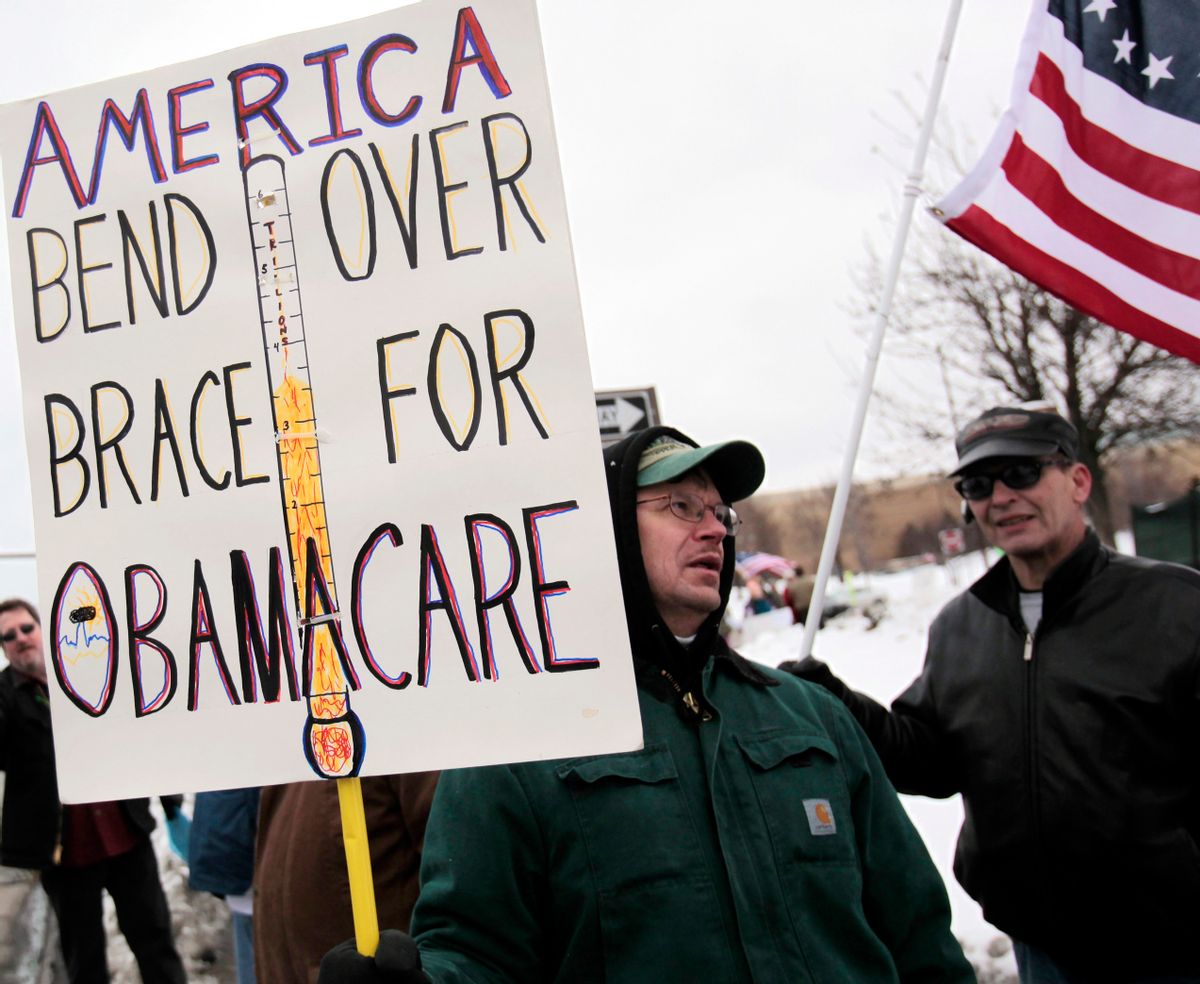 A Tea Party member carries a sign voicing his concern over "ObamaCare" during a rally marking the one-year anniversary of the movement in Troy, Michigan February 27, 2010. Some Tea Partiers say they can pinpoint the precise moment when they made it clear to the Republican Party they had no intention of being its lapdog. On a bright, brisk afternoon in mid-February, with snow still thick on the ground from storms that had battered Washington the week before, Republican National Committee Chairman Michael Steele met with more than 50 members of the Tea Party, the Twitter Age conservative movement that is reshaping the U.S. political landscape. Picture taken February 27, 2010. To match Special Report USA-POLITICS/TEAPARTY. REUTERS/Rebecca Cook (UNITED STATES - Tags: POLITICS CIVIL UNREST) (Reuters)
--

A new poll shows that the tea parties may be less consequential than people believe -- and at the same time, they may have some real impact on this year's elections.

Twenty-eight percent of respondents in a Quinnipiac survey said they have a favorable opinion of the tea parties, while 23 percent said the opposite. But 49 percent said they "don't know enough about the group to form an opinion."

That said, though, the tea parties remain a big force on the right, and a potential trouble spot for the Republican Party. That's because fully 74 percent of those who identify themselves as part of the movement say they're Republicans or independents who lean Republican.

"The Tea Party could be a Republican dream -- or a GOP nightmare," Peter Brown, Quinnipiac's assistant director said in a press release. "Members could be a boon to the GOP if they are energized to support Republican candidates. But if the Tea Party were to run its own candidates for office, any votes its candidate received would to a very great extent be coming from the GOP column."

On a generic ballot, 44 percent of respondents said they'd vote for a Republican over a Democrat this fall, while 39 percent said they'd back the Democrat. But throw in a tea party candidate, and Democrats have the advantage, with 36 percent to the Republicans' 25 percent, while the tea partier would take 15 percent.

Those numbers should be taken with a grain of salt -- generic ballots are inherently a little flawed in that they don't account for actual candidates. And third-party candidates always do better in polls, especially this far out, than they do at the ballot box. But these kinds of results are one reason why the GOP is running a little scared and hewing closely to the conservative line, for fear of intra-party revolt.