Too many jobs, not enough boomers? 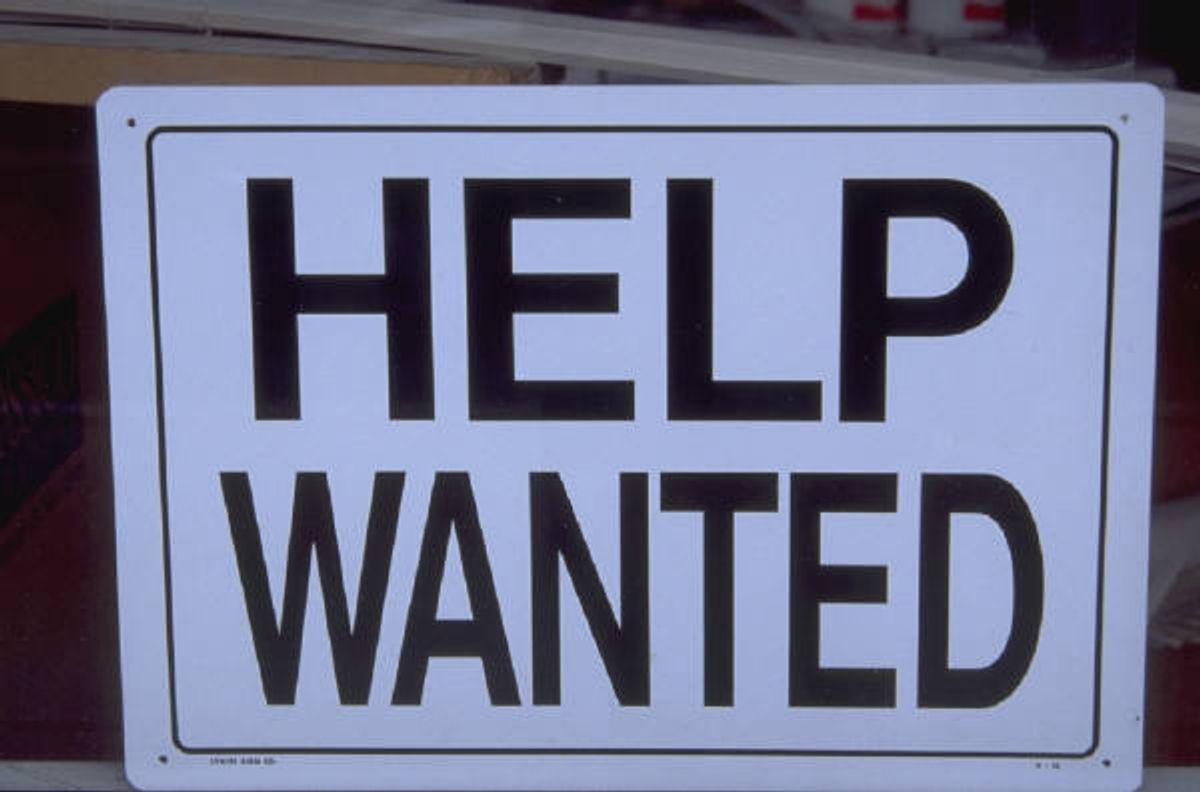 Last December, I stirred up quite a reader ruckus when I quoted economist David Rosenberg's observation that the only part of the American population currently gaining jobs was the over-55 "boomer" cohort. The recession had encouraged the "aging but not aged" to hang onto their jobs past the point at which they would normally retire.

My contention is that many retirees who took themselves out of the workforce because they believed that their net worth would provide for them sufficiently in their golden years are redoing their calculations and coming back to the workforce to make up for their lost wealth. They are seeking income in the labor market, not because they want to but because they have to in order to satisfy their retirement lifestyles.

Rosenberg argued that boomer unwillingness to retire was fueling an unprecedented "youth recession." But now comes word, via the Wall Street Journal's Justin Lahart, that in a few years we might have to worry about the opposite problem: A shortage of young people available to fill all the jobs left open by boomers who, barring miraculous medical advances, will eventually stop working.

From: "After the Recovery: Help Needed: The Coming Labor Shortage and How People in Encore Careers Can Help Solve It":

By 2018, with no change in current labor force participation rates or immigration rates and an expected return to healthy economic growth, we will have more jobs than people to fill them. That's true within the entire economy and particularly true of the fast-growing social sector.

The good news is that labor force participation rates are actually expected to rise. But even then, write authors Barry Bluestone and Mark Melnik, "there would still be 3.3 million to 4.0 million jobs that could go unfilled between now and 2018."

The authors acknowledge that this is a strange problem to be worrying about right now, when there are five unemployed workers for every job opening. Thursday morning's jobless claims numbers, which registered only a mild decrease in the number of newly laid-off workers seeking unemployment benefits, certainly don't offer much justification for stressing out about future demographic changes at this juncture.

The main conclusion made by the authors is that we need to find ways to encourage older workers to stay in the labor force for "encore careers." But in a world where the pressures of globalization and technologically enabled productivity increases exert constant downward pressure on wages, maybe a little dose of labor shortages is exactly what the U.S. economy needs. Not enough people to fill the jobs? Try raising wages and see what happens!

The boomer retirement story is just another variation of the ever-popular "how low birth rates will doom the economies of aging Western nations" theory. I'm going to outsource this to economist Dean Baker, who regularly scoffs at demographic labor shortage fearmongering.

In market economies we don't get shortages. Prices respond to market signals. In this case, the price of labor would be expected to rise. This means that ordinary workers will get more money as their wages are bid up. (Are you scared yet?)

Higher wages will price workers out of the least productive lines of work. We might not have all-night convenience stores open all night or greeters at Wal-Mart. We might have more cafeterias and fewer sitdown restaurants. Valet parking would be less common. Hotels would not change sheets every night for their guests.

The demographic horror story sounds great to me. In a world that is plagued by disastrous levels of unemployment, the image of a world where ordinary workers have their choice of jobs would be a huge step forward.