Why won't he just condemn violent threats being made against Democrats -- and leave it at that? 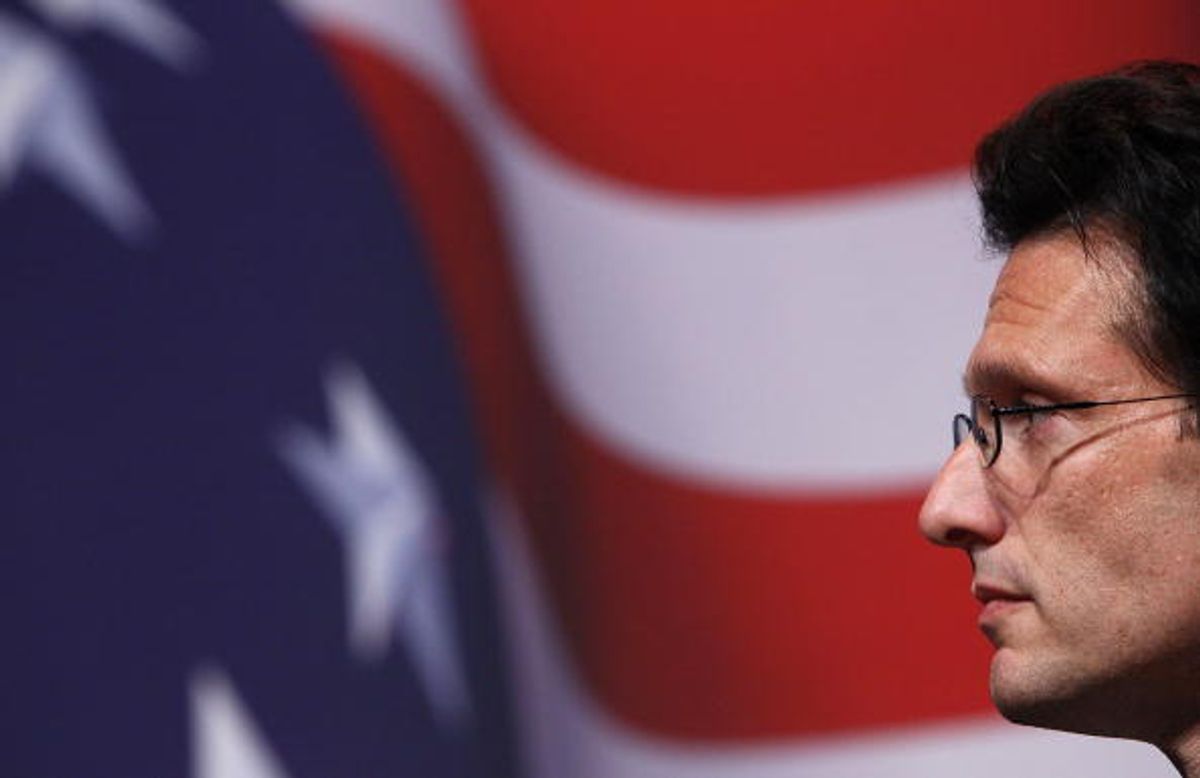 I thought I'd seen every permutation of "I know you are but what am I" politics, but this "why do you make me beat you?" comment by Eric Cantor takes the cake:

I want to stress this and it's very important. Legitimate threats should be treated as security issues and should be dealt with by the appropriate law enforcement officials. It is reckless to use these incidents as media vehicles for political gain.

That is why I have deep concerns that some, Chris Van Hollen and Tim Kaine in particular, are dangerously fanning the flames by suggesting that these incidents be used as a political weapon. Security threats against members of Congress is not a partisan issue and they should never be treated that way. To use such threats as political weapons is reprehensible.

That makes my head hurt. So, threats should be taken seriously, but not discussed publicly because it might make the threatening thugs mad and then they might get violent. And sadly, it would then be the victim's fault for complaining. In fact, the Democrats are being completely irresponsible for even bringing this up and the Republican grown-ups have rightly stepped to put a stop to it before they provoke any more violence.

In fact, they're mad as hell too and they're not going to take it anymore:

National Republican Congressional Committee spokesman Andy Sere said that while his organization doesn't condone the actions of the person or people who cut a gas line at Perriello's brother's house (apparently under the impression that the home was the congressman's), Perriello is not the victim.

"Central and Southside Virginians are the ones who are going to have the bear the burden of increased taxes," Sere told The Roanoke Times. "What you're seeing is a frustration among his constituents who believe he's not listening to them."

... "we're not going to allow Tom Perriello to use one isolated incident as a cynical ploy to distract Virginians from the higher taxes and Medicare cuts he just imposed on them."

Well, that's a relief. These Democrats who are forcing good people to threaten and intimidate them need to know that this wouldn't happen if they'd just do as they are told. There's nothing unreasonable about that.

Update: Check out this e-mail. Ugh. The "murderers" (Democrats) have made daddy very mad and now he's going to have to hurt them.