Republican leaders and their TV/radio clowns are wailing about healthcare reform as a "Pearl Harbor." Good times! 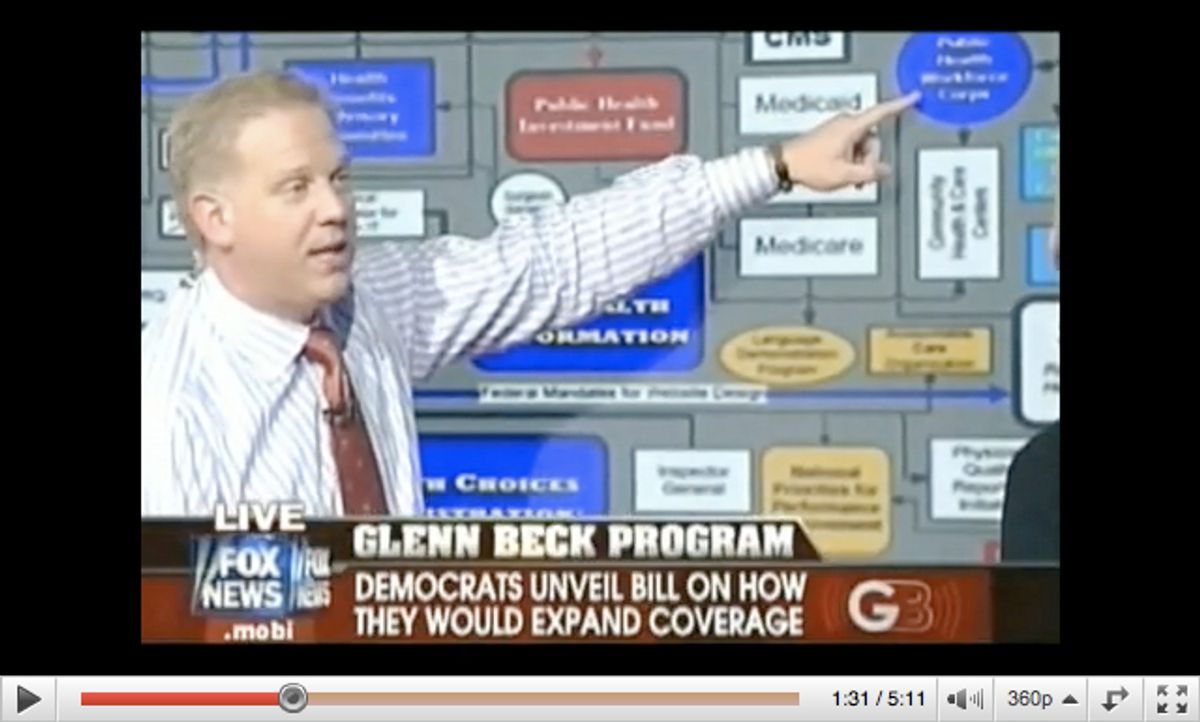 I love the sound of Republicans whining in the morning. Boo-hoo-hoo. The GOP lost the presidency and a big congressional election back in 2008. With the passage of President Obama's healthcare bill, they've now lost the most significant domestic political battle since the 1960s. So naturally the light of freedom has been extinguished, the U.S. Constitution voided, capitalism doomed and the nation fallen into a dark totalitarian nightmare.

Party leaders are increasingly solemn, diminishingly serious. The GOP's entertainment wing, its crack team of right-wing radio/TV melodramatists, has been thrown into a competitive frenzy. For sheer entertainment value, this stuff is hard to top. Surely some dark beast shuffles toward Washington to be born. Rush Limbaugh predicts that the nation's private insurance industry will be bankrupted. (Oddly, insurance company stocks continue to rise.)

A couple of weeks ago, Limbaugh even vowed to leave the United States and move to Costa Rica if healthcare reform passed. Evidently, nobody told him Costa Rica has a government-funded, single-payer healthcare system. He has since recanted.

Neither Limbaugh nor Chicken Little had anything on Fox News' Glenn Beck, who actually compared the bill's passage to Pearl Harbor. Pearl Harbor! Not to be outdone, Mark Steyn, writing in the formerly respectable National Review, envisions "fewer doctors, more bureaucracy, massive IRS expansion, explosive debt, the end of the Pax Americana, and global Armageddon."

According to Steyn, America's "global military capacity" will need to be sacrificed to the ruinous expense of paying for grandpa's health insurance. Nuclear holocaust can only follow.

So which is it, boys? Fire or ice? Make up your minds.

But wait, there's hope! After the Republicans sweep into power in the November 2010 congressional elections, they'll repeal this hateful law, restoring what the old Superman TV show called "Truth, justice and the American way!"

Again, fellows, please decide. Which is it, the dark night of totalitarian rule or free elections? World War III or the 2012 Iowa caucuses?

Several things need saying. First, this latter-day GOP enthusiasm for governing by CNN poll stands the Constitution on its head. We determine who holds power in this country through biennial elections, not telephone surveys. Besides, where was all this solicitude for the randomly selected will of the people back when Republicans impeached Bill Clinton while polls showed that two-thirds of Americans opposed it?

Second, GOP paranoia over Democratic improvements to the nation's social contract is nothing new. In 1935, Republican congressmen greeted Social Security by invoking the "lash of the dictator," the "enslavement of workers" and similar nonsense.

In 1965, Ronald Reagan warned that unless Medicare was defeated, "You and I are going to spend our sunset years telling our children and our children's children what it was like in America when men were free." Instead, Reagan spent his sunset years as president making people forget he'd said anything so silly.

Third, Republicans won't repeal "Obamacare" either. They'll get nowhere near the two-thirds Senate vote needed to override a presidential veto, and by 2012 -- imaginary horrors such as "death panels," rationing and global Armageddon having failed to materialize -- the presidential campaign will be contested over different issues.

In time, suitably housebroken conservatives will imitate their brethren elsewhere in the civilized world in arguing that they can more efficiently manage the nation's health insurance system.

Fourth, this column doesn't predict elections, but there are many reasons to doubt that the enactment of Obamacare will lead to the triumphs Republicans dream of come November. Did you know that 13 percent of the 59 percent who opposed the Democrats' bill in that famous CNN poll did so because it wasn't liberal enough? Asked who they trusted more to fix healthcare, President Obama or congressional Republicans, respondents chose the White House 51-39.

It will be interesting to see how the numbers trend in the wake of a Democratic victory. Gallup daily tracking polls show Obama's job approval up 5 points over the past week.

Finally, conservative thinkers such as David Frum and Bruce Bartlett have begun warning that Republicans are foolish to make themselves captive to the "hysterical accusations and pseudo-information" of the party's entertainment and tea party wing. "Talk radio," the former Bush speechwriter argues on his FrumForum blog, "thrives on confrontation and recrimination" rather than governing.

Bartlett cites a survey of tea partiers at a recent Washington demonstration that shows most know nothing about the policies they so noisily abhor. Almost none realize, for example, that Obama's jobs stimulus plan gave "90 percent of all taxpayers ... a tax cut last year and almost 100 percent of those in the $50,000 income range." When people resort to racial epithets and sexual insults, it's normally a sign they've got nothing else to say.