So George Washington was a socialist, too!

If the individual mandate is unconstitutional, how could our first president require every citizen to buy a gun? 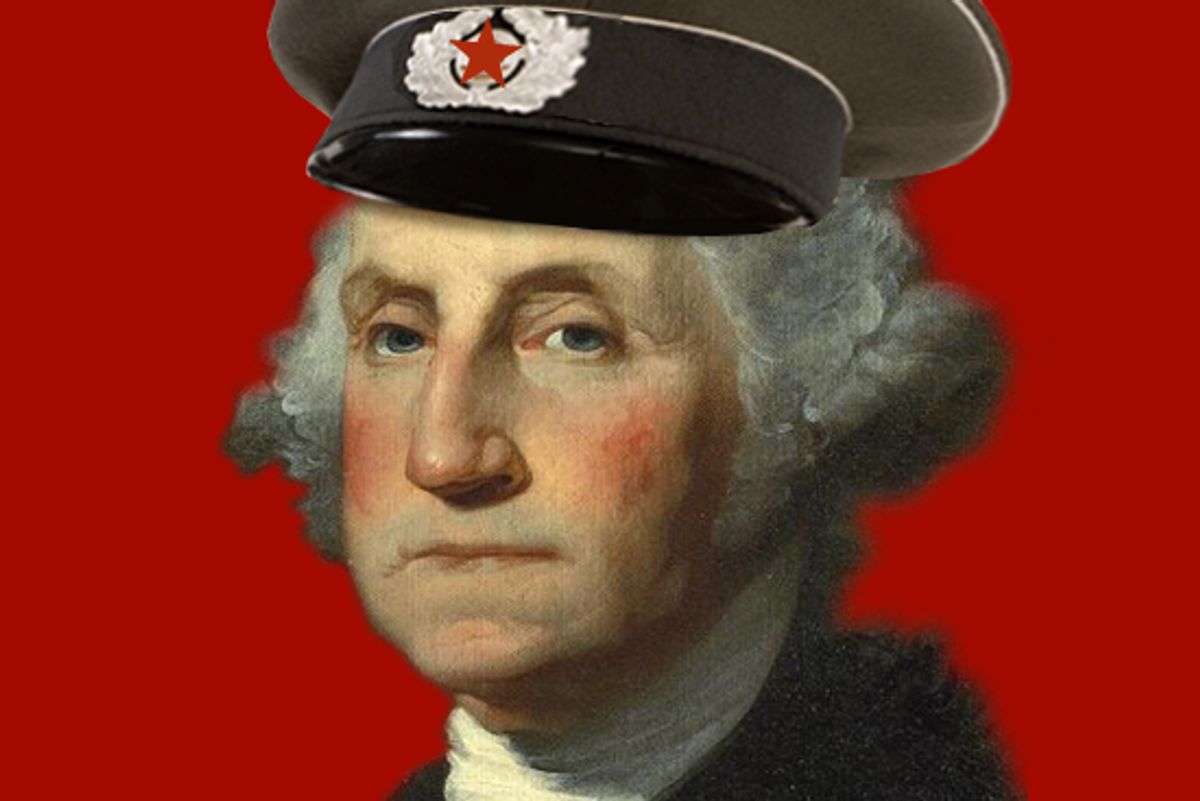 It is an annoying habit of politicians and activists on the right to loudly denounce almost anything they don't like as "unconstitutional" -- including progressive taxes, civil rights statutes, environmental protections, and now healthcare reform. So Republican lawyers and attorneys general around the country are preparing challenges to the healthcare reform bill on constitutional grounds, perhaps hoping that a Supreme Court majority will strike down the legislation with the same flagrant disdain for legal precedent and democratic order displayed in Bush v. Gore.

Along those lines, one of the favorite complaints against the healthcare reform bill is that the founding document doesn't permit the federal government to order anyone to buy a product or service. That supposedly renders illegitimate the individual insurance mandate that is part of the bill.

As every fervent advocate of gun rights ought to know, however, that argument suffers from a glaring historical flaw. Only a few years after the nation's Founding Fathers ratified the Constitution, Congress approved the Militia Act of 1792,  which was duly signed by George Washington, then the president and commander in chief.

Establishing state militias and a national standard for their operation, the Militia Act explicitly required every "free able-bodied white male citizen" between the ages of 18 and 45, with a few occupational exceptions, to "provide himself with a good musket or firelock, a sufficient bayonet and belt, two spare flints, and a knapsack, a pouch with a box therein to contain not less than twenty-four cartridges, suited to the bore of his musket or firelock, each cartridge to contain a proper quantity of powder and ball; or with a good rifle, knapsack, shot-pouch and powder horn, twenty balls suited to the bore of his rifle, and a quarter of a pound of powder.."

Within six months, every citizen enrolled and notified of his required militia service had to equip himself as specified above. There was spirited debate in Congress as to whether the state ought to subsidize the purchase of arms for men too poor to afford their own, so that everyone could serve his country. Subsidized or not, however, the founders saw no constitutional barrier to a law ordering every citizen to buy a gun and ammo.

Quotations and facsimiles of the Militia Act can be found on hundreds of right-wing blogs, of course, where it is often cited to demonstrate that the founders would have despised gun control. Few if any of these Second Amendment zealots seem to have realized yet how ironic it is for them to quote this venerable statute alongside their anguished protests against the constitutional validity of any federal mandate.

Or maybe Washington was a socialist, too.