The administration will tell mortgage lenders to give unemployed homeowners a break. Finally! 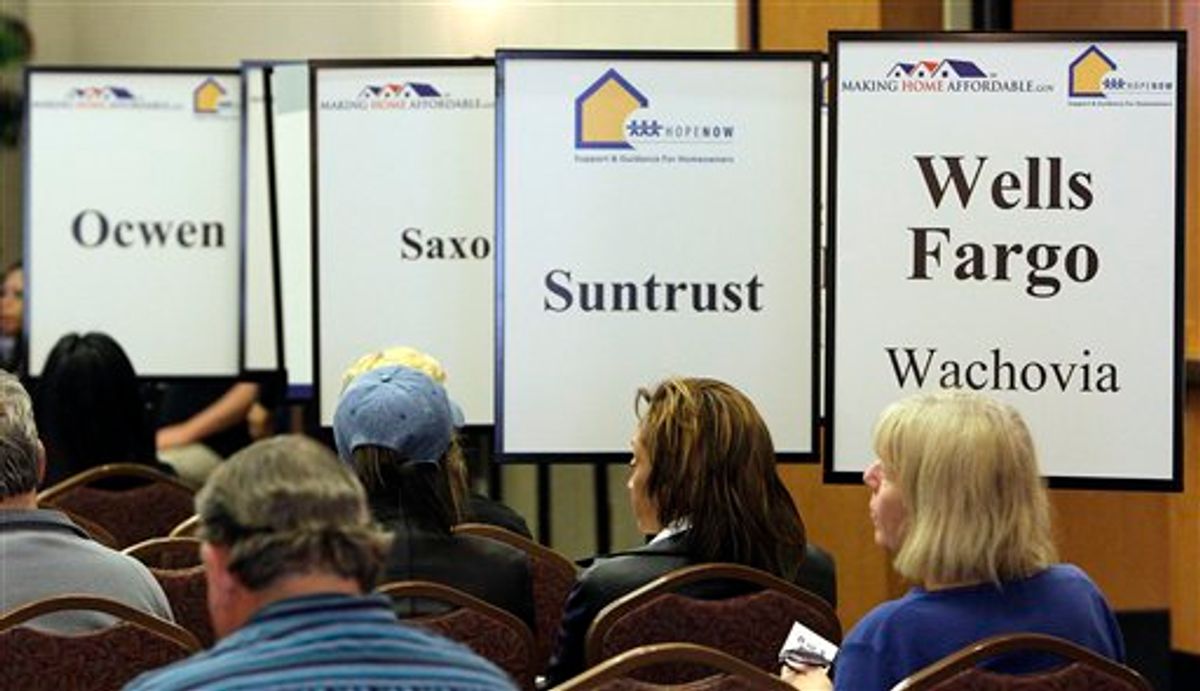 With the ink hardly dry on a blistering new report from a government watchdog savaging the implementation of the Obama administration's efforts so far to help struggling home-owners with their mortgages, the White House is launching an aggressive new plan to tackle the problem, reports the Washington Post.

According to the Post, which appears to have scooped everyone else on the story, the administration intends to require "lenders to temporarily slash or eliminate monthly mortgage payments for many borrowers who are unemployed."

Note the key word there: "unemployed." The first wave of foreclosures was a direct result of reckless lending and borrowing, leading many Americans to criticize the notion of any kind of bailout for underwater homeowners -- that's how the entire Tea Party movement got started. Now, according to Post reporters Renae Merle and Dina Elboghdady, the "spike in unemployment" is driving foreclosures, thus giving the administration cover for a more interventionist stance.

Full details of the program will be rolled out on Friday, but for now, the most noteworthy part of the plan is that the administration finally seems ready to push lenders to offer "principal reduction."

...[T]he government will for the first time provide financial incentives to lenders that cut the balance of a borrower's mortgage. Banks and other lenders will be asked to reduce the principal owed on a loan if this amount is 15 percent more than their home is worth. The reduced amount would be set aside and forgiven by the lender over three years as long as the homeowner remains current on the loan. Until recently, administration officials had been reluctant to encourage lenders to cut homeowner's principal balance, worrying this would encourage borrowers to become delinquent. But as federal regulators have struggled to make an impact on the foreclosure crisis, those qualms have weakened.

The government says its new plan won't cost any new taxpayer money because it plans to use leftover TARP funds to pay for those "financial incentives." Of course that also means that the remaining TARP funds can't be applied to deficit reduction, either.

It would be foolish to try to handicap the potential success or failure of the new plan at this point, before getting the complete details. All that can be said at this point is that the new push on mortgages fits smoothly with the tough rhetoric that administration officials have been delivering on financial reform all week long.

The White House is doubling down. If at first you don't succeed...