Obama to GOP on healthcare repeal: "Go for it" 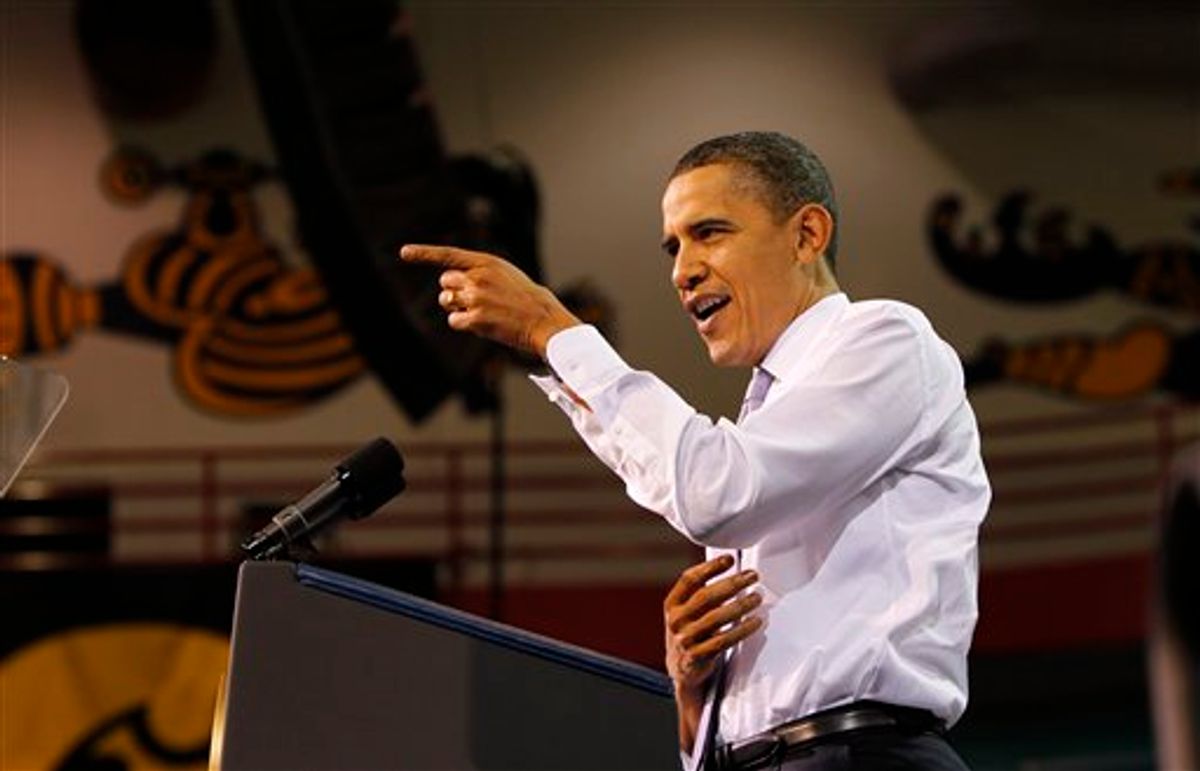 Having signed healthcare reform into law earlier this week, President Obama's in a celebratory sort of mood. At a town hall he held at the University of Iowa Thursday -- in front of a crowd that shared his enthusiasm --  that mood was most evident in the way he talked about those who've been opposing him, and reform.

At one point, that meant going a bit off his prepared remarks to have a little fun at Republicans' expense.

"Over the last year, there's been a lot of misinformation spread about health care reform. There's been plenty of fear-mongering, plenty of overheated rhetoric," Obama said. "You turn on the news, you'll see the same folks are still shouting about there's going to be an end of the world because this bill passed. I'm not exaggerating. Leaders of the Republican Party, they called the passage of this bill 'Armageddon.' Armageddon. 'End of freedom as we know it.'"

That part was in the prepared text. But then the president went off script, even miming the actions he described:

So after I signed the bill, I looked around to see if there [were] any asteroids falling or some cracks opening up in the Earth. It turned out it was a nice day. Birds were chirping. Folks were strolling down the Mall. People still have their doctors.

Later, Obama directly addressed the idea of repealing healthcare reform, which has become a rallying cry for Republicans. His response to that suggestion had more than a hint of post-victory swagger to it.

"Now that they passed it -- now that we passed it, they're already promising to repeal it. They're actually going to run on a platform of repeal in November. You've been hearing that. And my attitude is: Go for it," Obama said, continuing:

If these congressmen in Washington want to come here in Iowa and tell small business owners that they plan to take away their tax credits and essentially raise their taxes, be my guest. If they want to look Lauren Gallagher in the eye and tell her they plan to take away her father's health insurance, that's their right. If they want to make Darlyne Neff pay more money for her check-ups, her mammograms, they can run on that platform. If this young man out here thinks this is a bad bill, he can run to repeal it. If they want to have that fight, we can have it. Because I don't believe that the American people are going to put the insurance industry back in the driver's seat. We've already been there. We're not going back. This country is moving forward.