For one victim, being molested as a young boy wrecked his belief in the church 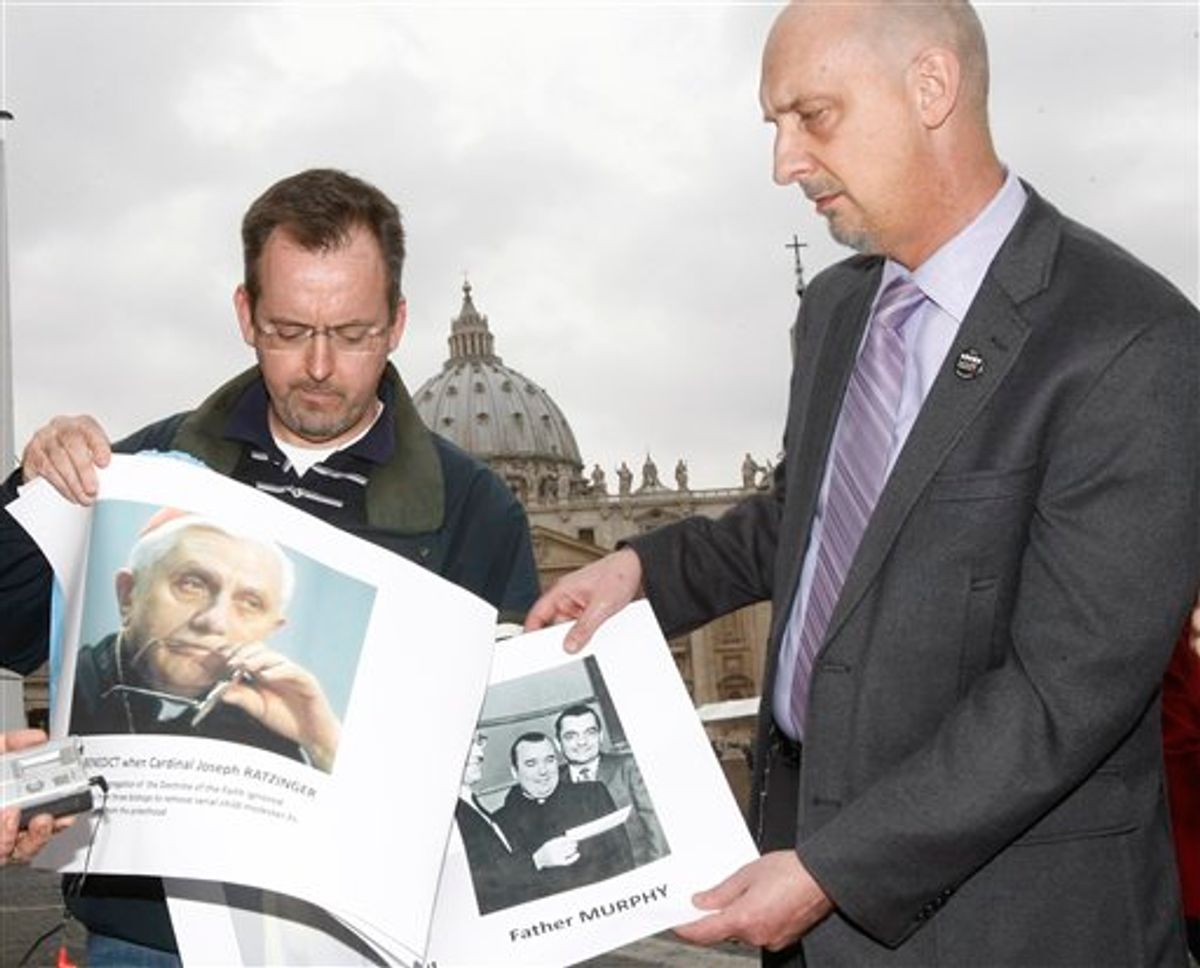 ** CORRECTS DATE ** John Pilmaier from Milwaukee, left, and Peter Isely of the SNAP bureau (Survivors Network of those Abused by Priests) show pictures of Cardinal Joseph Ratzinger now Pope Benedict XVI, left, and of father Lawrence Murphy, as they stage a press conference in front of The Vatican Thursday, March 25, 2010. SNAP members denounce Benedict's handling of the case that involved father Murphy, who died in 1998, accused of molesting some 200 deaf boys as he worked at the former St. John's School for the Deaf in St. Francis from 1950 to 1975. Cardinal Joseph Ratzinger's deputy at the Congregation for the Doctrine of the Faith,ruled that the alleged molestation had occurred too long ago and that the accused priest, Rev. Lawrence Murphy, should instead repent and be restricted from celebrating Mass outside of his home diocese. (AP Photo/Pier Paolo Cito) (AP)
--

A Wisconsin man says he lost all faith in the Catholic church after being abused by a priest who's at the center of a scandal about the way the Vatican has handled reports of abuse by clergy.

Donald Marshall says he was 13 or 14 when the Rev. Lawrence Murphy molested him in a cell at Lincoln Hills School, a juvenile detention center in Irma.

The 45-year-old Marshall says he blocked out the abuse until his adult years, then started having nightmares about the priest. Marshall says he wonders if anything priests told him while he attended church as a youth is true.