My love of that city was like a conversion, and the evangelists came bearing crawfish and a peculiar stew 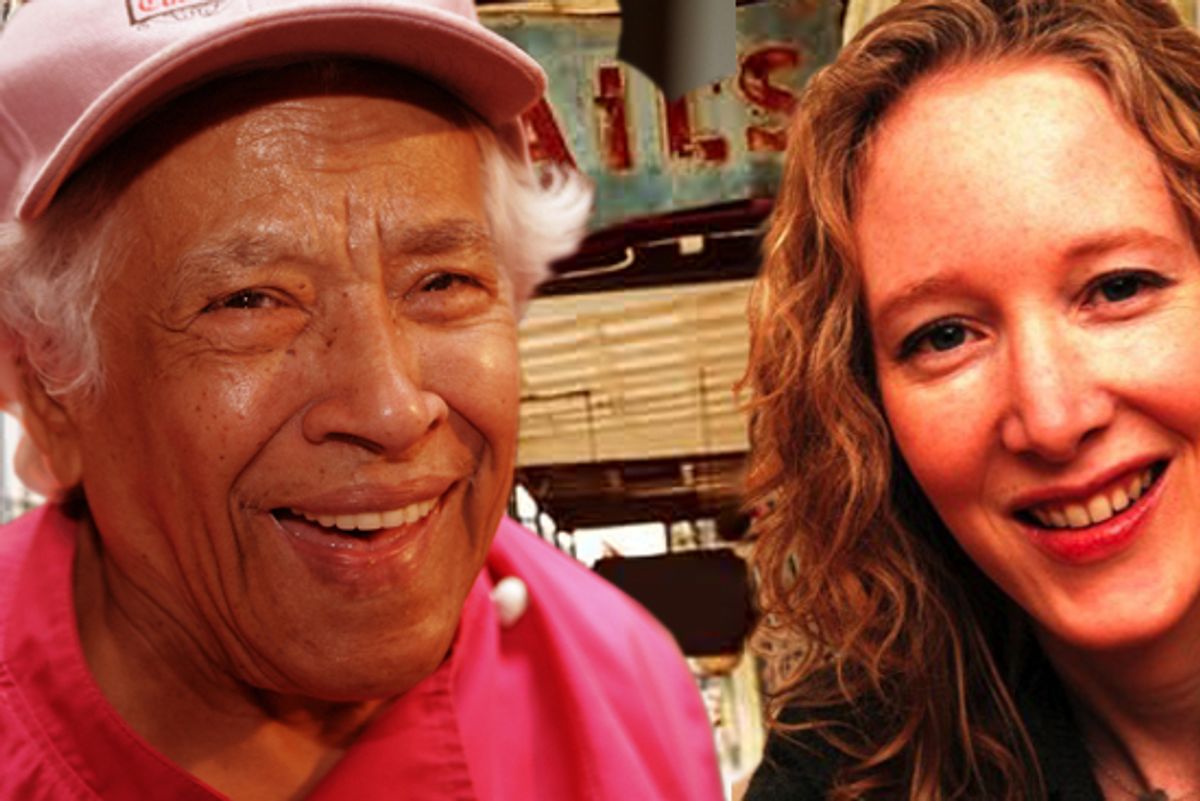 One night, in post-Katrina Mississippi, my friend Uyen told me that she liked driving to nowhere in particular. She pointed at the blown-out frame of what used to be a strip mall sign. "Sometimes, I just need to not see that," she said.

A few days later I drove the hour and a half west to New Orleans for the first time. It was night; it was very dark. An acquaintance, the writer Sara Roahen, invited me to join some friends for dinner, and I was eager to, but when I got to the bridge that spanned miles over Lake Pontchartrain, I felt a sudden trepidation. I'd already spent weeks in the constant shock of living in Biloxi's disaster zone, but I still hadn't been to New Orleans. Outside, there was hardly anything but darkness, but driving over the water that broke this city, I felt the opposite of what Uyen was talking about. Not knowing what I was going to see, I could only imagine. It was nerve-wracking, suddenly not knowing what I would find when I crossed the bridge.

The destruction I ended up seeing was heartbreaking, but what I really found that night, I know now, was a table of the warmest welcome. Sara and her friends greeted me with plates of shrimp and glasses full, and we ended up closing the restaurant down as we talked. Literally. The owners left us there with slices of pecan pie and glasses of bourbon and asked us to just lock the door on the way out.

Sara and I continued chatting in her living room, where she'd prepared a guest bed for me, and our conversation turned to loss -- of the neighbors she didn't see anymore, of her husband's new job in Philadelphia, of her getting ready to leave this city she had grown to love as dearly as a friend. We talked until very late, and Sara explained, in an accent that still prominently features her high, flat, Wisconsin "a," how she came to be taken by this place.

Over the next few weeks, in between repairing her house and writing a book on her transformation into a true New Orleanian, Sara invited me back: to her friend Pableaux's standing Monday night red beans and rice party, to wander the St. Patrick's Day parade with her roommate Todd, to Brooks' crawfish boil. I came every time, sharing spice-covered handshakes and greasy-lipped laughs, and every time more and more people invited me to come stay, next time, at their place if I ever wanted. They took me to their favorite po' boy shops. They taught me about the unclear difference between the present and the nostalgic past over café au lait and beignets at the Café du Monde. They took me to brass band shows and jazz funerals, where we danced in the street and lived the line about New Orleans being as to other cities as poetry is to prose.

One night, before turning in on Sara's now-familiar couch, she handed me a bowl. In it was a murky, boggy green, a fascinatingly unpretty food. "Gumbozzairb," she called it, and it took me a few bites to get into it, though I may have feigned an immediate enthusiasm out of politeness. She explained that she'd saved me this last bowl from a massive batch she made with Leah Chase, and while I nodded without really knowing who she was talking about, my fifth bite of the gumbo z'herbes went down smooth and mellow, roundly vegetal. It was an entirely different experience from the meaty, tender bite before it, which was in turn entirely different from the hot chew of sausage before that, the pepper warming the back of my throat. By the end, I was in an ungrateful mood, concentrating untowardly on the sad fact that Sara had saved me only one bowl.

Not long after, I moved back home to New York, where it took me half a decade to make the number and kind of friendships New Orleans offered me from the beginning. In the years since, Sara moved to Philadelphia, Pableaux moved to Kentucky, Brett flirted with points north, and Brooks moved to North Carolina. But their hearts stayed stubbornly put, and I was happy to find them all there, in their proper place, when I went down earlier this year and, with a touch of nostalgia, asked Sara to teach me to make her green gumbo.

Despite the fact that this is a full-day project and that she has a gorgeous new baby to take care of, she summoned me over, telling me to commandeer a shopping cart. As we gathered a turnip-truck's worth of greens and a barnyard's worth of meat, she told me her gumbo z'herbes story.

She was also a new arrival in New Orleans, a little bit lost, when a mutual friend who knew Sara was interested in food arranged for her to have lunch with a local chef. Sara didn't know quite what to say when she met Leah Chase, the octogenarian chef of Dooky Chase and one of the true authorities of New Orleans Creole cuisine. What do you say, really, with your Wisconsin a's, to a woman who has for decades run one of the most important restaurants not just in New Orleans but in all of black America? Who could refer to Martin Luther King Jr. by his first name and who has hosted the most important leaders of the civil rights movement? But their conversation was pleasant and polite, and they kept in occasional touch as Sara went on to become the restaurant critic for the local alt-weekly and devoted herself to becoming a true New Orleanian.

But that was all Pre-K. After her evacuation for Katrina, Sara got back in touch with Miss Leah to find that she was relegated to living in a trailer next to her restaurant, and offered to help her run some errands. Those errands became long drives and honest conversation, and suddenly history -- and whose accent sounded like what -- didn't seem to matter much anymore. Their friendship grew as they tried to put their homes and work lives back together, and Sara realized even more how special her new friend truly was. She wrote in her book "Gumbo Tales" about shopping with Miss Leah and "standing aside as a parade of other customers would rush to kiss a smooth cheek, touch a caramel hand, and ask when her restaurant would reopen."

One day, Sara got a call: Judges for the James Beard Foundation Awards, the culinary Oscars, were in town and wanted to know if Miss Leah would cook for them. Since Dooky Chase was still closed, Sara offered her home, and the Queen of Creole cuisine came over with greens in her arms, ham hocks in her hands, and a recipe in her bones. Years after she'd arrived in New Orleans, years after she found her deepest connection to this through the food she's shared there, Sara Roahen was about to cook, in her kitchen, with one of the city's most important heroes.

The gumbo z'herbes they made that day was what, it turns out, Sara fed me when I first got to New Orleans. And now, with a tableful of greens, ham hocks in a pot, and a recipe copied down and corrected and printed out on an inkjet, she was about to teach me how to make it, about to bring me back to her New Orleans again.