Utah Republican, currently talking about evils of individual mandate, admits he supported one for political reasons 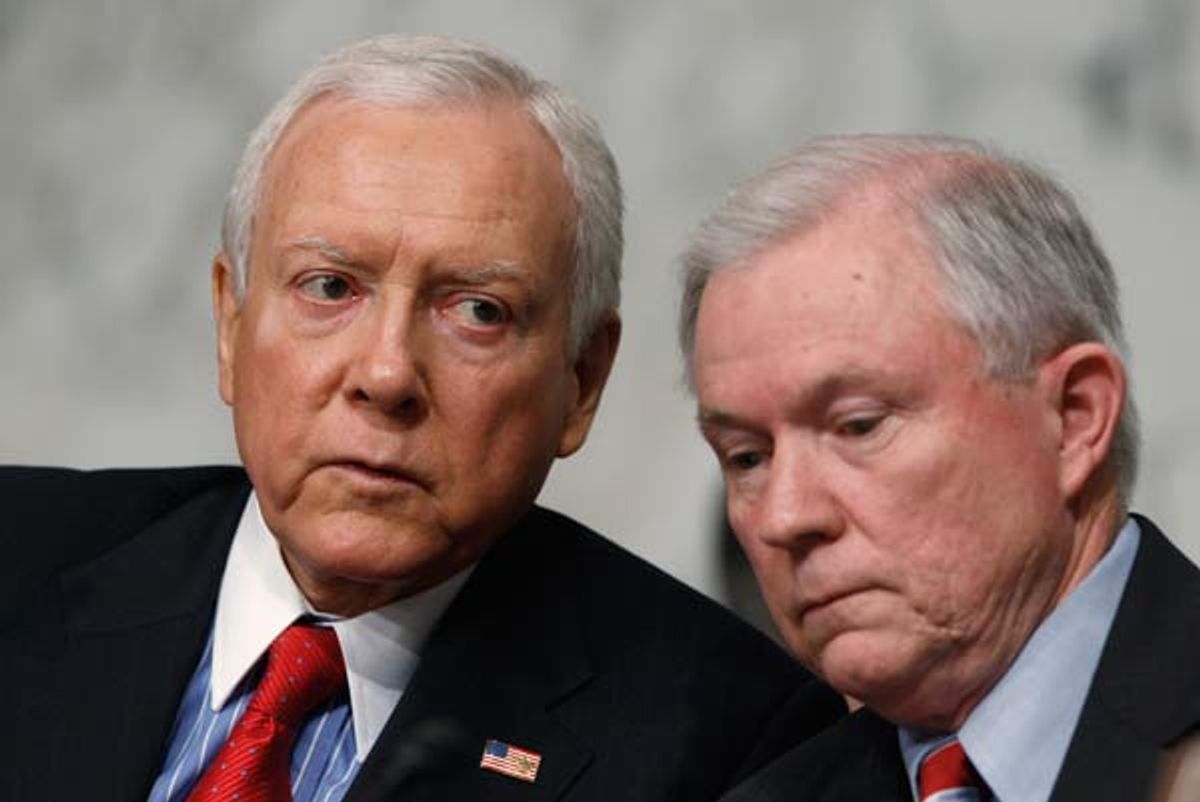 When even Time's Mark Halperin is labeling a politician's comments "breathtaking cynicism," you know it's pretty bad. That's the case today, with comments that Sen. Orrin Hatch, R-Utah, made on CNN Thursday night.

Hatch has been opposing the individual mandate contained in the healthcare reform bill President Obama signed into law this week; he says it's unconstitutional. But, CNN's Campbell Brown pointed out, back in the 1990's, during the Clinton administration's reform efforts, Hatch supported a bill that contained a similar mandate.

To that, Hatch responded, "Well, in 1993, we were trying to kill Hillarycare, and I didn't pay any attention to that because that was part of a bill that I just hadn't centered on."