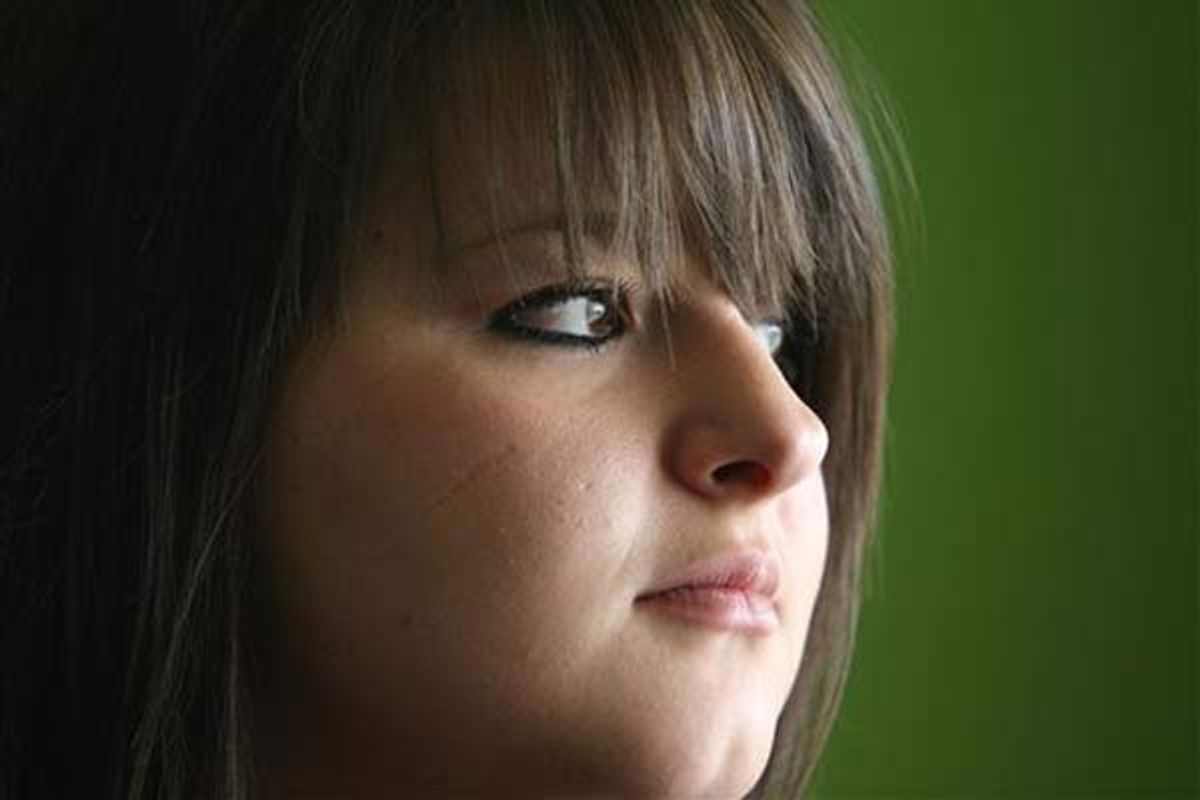 Constance McMillen, an 18-year-old senior at Itawamba County Agricultural High School, is photographed Thursday, March 11, 2010, in Fulton, Miss., a day after the high school announced they wouldn't hold the senior prom April 2. McMillen wanted to bring a same-sex date and wear a tuxedo.
--

Constance McMillen's own Mississippi high school went so far as canceling the entire prom to avoid having a lesbian like herself in attendance, and she's been vilified by fellow students who blame her for "ruining" the most important event of their senior year. But, clear across the country, there comes proof that high school students are fully capable of being decent and accepting human beings: Teenagers in Northern California are welcoming the 18-year-old and her girlfriend to their end-of-the-year soiree. So there.

With the school's support, Sarah Schwartz, a senior at Tamalpais High School in Marin, sent McMillen and her date an invite and began a petition on Facebook. She hasn't heard back yet and is crossing her fingers that McMillen will say "yes," but she says "even if she doesn't, I feel there's been a wonderful effort by this community and a statement that we're willing to stand behind her bravery, and accept her for who she is." A local college school student was so inspired by Schwartz's efforts that he's begun researching how much it would cost to fly the pair out to California.

It a great reminder to McMillen, and others like her, to take heart: There's always California.