The government wants lenders to give borrowers a break. So it is asking, very, very nicely 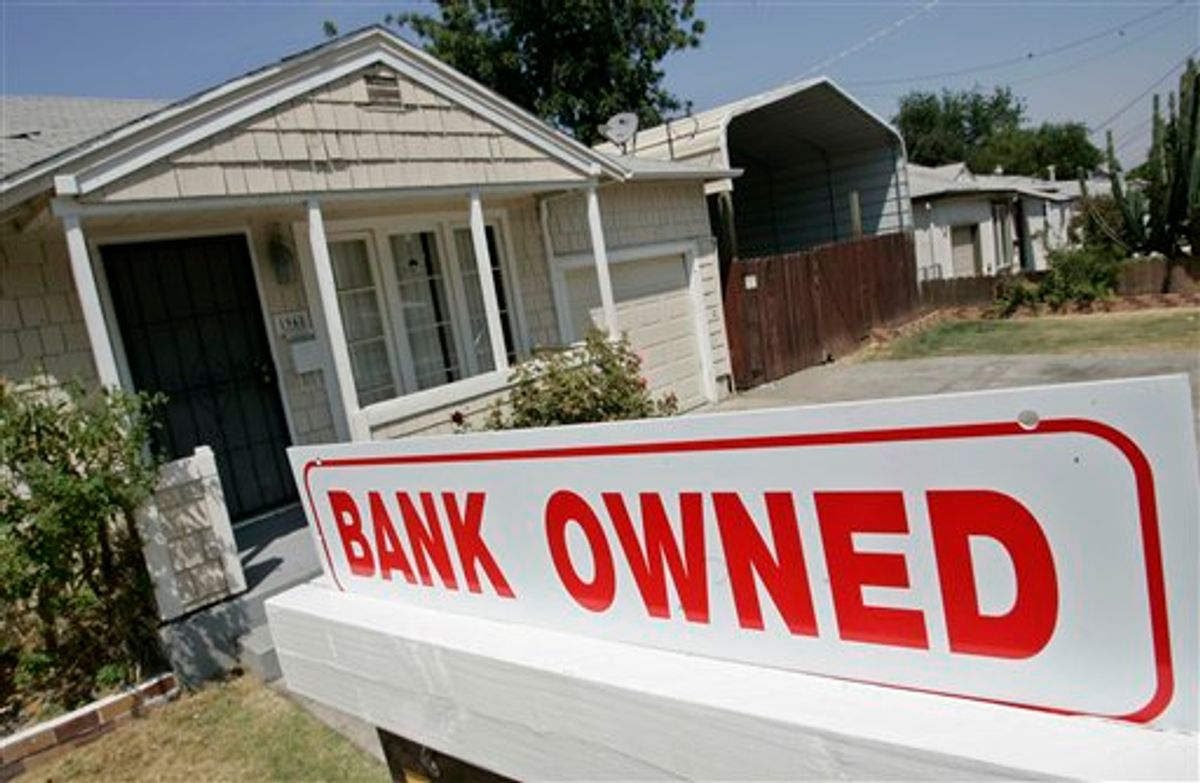 The Obama administration can pride itself on several successes in its first 14 months, including healthcare reform, a new arms control agreement, and the stabilization of the economy.

One item that doesn't make the list, however, is the Home Affordable Modification Program (HAMP), the government's effort to help homeowners who are struggling to meet their mortgage payments and avoid foreclosure. As the TARP Inspector General's recently released report on HAMP notes, the Treasury originally justified HAMP by claiming that it would "help up to 3 to 4 million at-risk homeowners avoid foreclosure" -- in large part by getting lenders to agree to modify the terms of mortgage loans. But so far, the program has been an abject failure. About 11 million households are currently underwater on their mortgages -- meaning their homes are worth less than the full value of their loans. And yet...

A year into the program, although more than a million trial modifications have been initiated, the number of permanent modifications thus far, 168,708, has been, even according to Treasury, "disappointing."

Absent a thorough review of HAMP and its goals, the program risks helping few, and for the rest, merely spreading out the foreclosure crisis over the course of several years, at significant taxpayer expense and even at the expense of those borrowers who continued to struggle to make modified, but still unaffordable, mortgage payments for months more before succumbing to foreclosure anyway. While such spreading out of the pain may in some circumstances benefit the lender/investors (who may not have to immediately recognize losses that could accompany additional immediate foreclosures), it will have done little to accomplish EESA's explicit purpose to "help families keep their homes."

With that denunciation ringing in our ears, we can now turn to Treasury's big HAMP revamp, officially announced on Friday, and immediately dubbed by David Streitfeld at the New York Times as a "big expansion" -- a set of "broad new initiatives to help troubled homeowners, potentially refinancing millions of them into fresh government-backed mortgages with lower payments."

There are four parts to the new plan: 1) help for unemployed homeowners while they look for jobs; 2) a recommendation that lenders lower the amount of outstanding principal that must be paid back by borrowers; 3) a set of financial incentives for lenders that will encourage them to make more modifications, and 4) failing all else, help getting homeowners into more affordable accommodations.

Worth noting: The Obama administration's first stab at addressing the foreclosure crisis did not work and ended up widely criticized. But the government is not giving up. Instead, the response has been to deepen the program, expand the financial incentives aimed at getting lenders to play ball, and ramp up support to individual homeowners. The trajectory resembles a pattern we've come to recognize from the Obama administration: start slow and cautious, but if that doesn't work, go big.

The question is: Has the administration gone big enough? Let's look at just one part of the new plan -- the push to get lenders to agree to "principal reductions."

Requirement for all servicers to consider an alternative modification approach including more principal write-down for HAMP-eligible borrowers that owe more than 115 percent of the current value of their home.

"NPV" stands for "net present value" -- an accounting technique designed to estimate the long term profitability of a venture. The government is saying that it will require lenders to consider what the net present value of a modified mortgage that incorporates a principal writedown plus government financial subsidies would be compared to business as usual. Then the lender would have the option to choose the principal-writedown alternative, if it seemed like a better deal.

Gotta say, that doesn't sound too much like socialist top down command economy totalitarianism to me. It sounds more like the government is saying: Pretty please with some financial sugar on top would you do what we'd like you to do? A "requirement to consider" something is hardly a direct order.

On the topic of housing policy, a vocal contingent of Obama's critics believe that the foreclosure crisis cannot be stemmed without drastic reductions in the amount of principal that millions of homeowners owe on their mortgages. On the face of it, it doesn't look like the new, improved HAMP gets us all the way there.