Sarah Palin, John McCain get the old gang back together 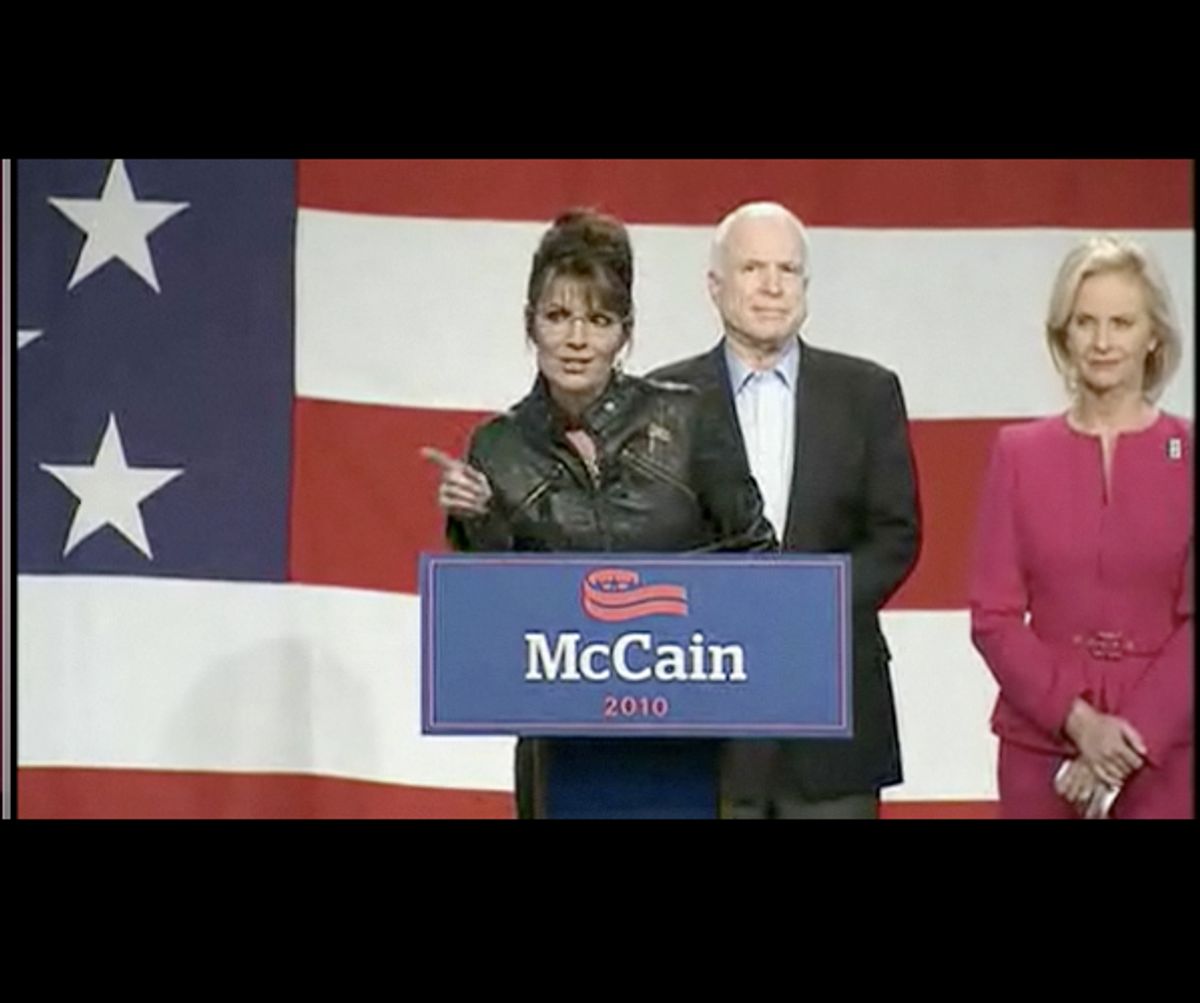 Back in 2008 -- almost two years ago now -- Sen. John McCain, R-Ariz., needed then-Alaska Gov. Sarah Palin's help as he ran for president. Obviously, Palin didn't help him pull victory from the jaws of defeat in that race. But she did give him a real boost with the Republican base, which has always been wary of a man who treasures his reputation as a "maverick" in the GOP.

Now, as he's facing a primary challenge from the right in the form of former Rep. J.D. Hayworth, McCain needs Palin's help again. So she went to Arizona to campaign for him on Friday, and delivered exactly what the crowd assembled to watch the two of them wanted: Red meat.

"Arizona, do you love your freedom?" Palin asked the audience at the start of her speech. From there, the rest was the kind of highlights of what the right is currently thinking material we've come to expect from the former governor.

"By the way, I see today that Fidel Castro likes Obamacare, but we don't like Obamacare -- doesn't that kinda tell you something?" Palin asked at one point during her remarks. Later, she addressed the reports of threats made against Congressional Democrats -- and the criticism she's come in for due to an image of her Web site that shows targets over districts held by certain Democrats. She called these reports "this ginned-up controversy about us common-sense conservatives 'inciting violence' because we happen to oppose some of the things in the Obama administration." Then, she exhorted the crowd to ignore "this b.s. coming from the lamestream media lately about us inciting violence." Palin even inducted all those present into the Tea Party movement.

At times during all this, McCain looked a little pained. And at times, Palin gave him reason to be. Though the senator's age was a serious impediment for him during the presidential campaign, she joked, "Shoot, some may claim that John was there at that first tea party."

Another reason for McCain to look a little disturbed by the whole thing: The knowledge that -- though he's the one running -- he was, again, just an afterthought. As if to dramatize this, MSNBC cut away from live coverage of the event as soon as Palin introduced McCain.