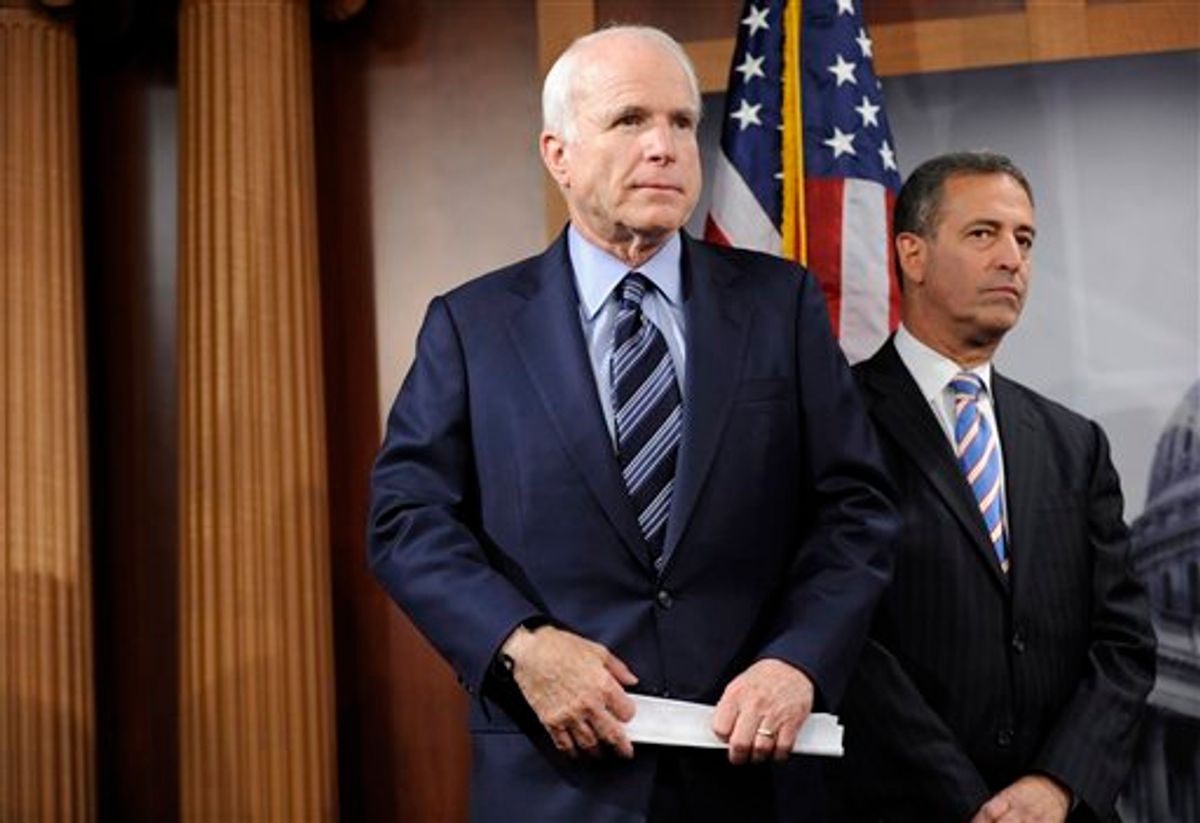 A federal court Friday denied a Republican Party bid to raise soft money, the unlimited donations from corporations and individuals banned by a 2002 campaign finance law. In a separate ruling, judges said a conservative group can raise unlimited sums for independent election ads but must regularly disclose its donors.

In a case brought by the Republican National Committee, a three-judge panel of the U.S. District Court in Washington said it lacks the authority to overturn a Supreme Court ruling that upheld the ban on soft money fundraising by national party committees. That ban is a cornerstone of the so-called McCain-Feingold law and one of the few major parts of the law to survive court challenges.

The RNC had argued that it should be able to raise soft money for state elections, congressional redistricting, legal costs and other activities that it said had nothing to do with federal elections. The Federal Election Commission contended the soft money ban should be upheld.

Joining the RNC in the lawsuit were the California Republican Party, San Diego County Republican Party and RNC Chairman Michael Steele. The court also rejected their arguments that the law's soft money ban shouldn't apply to their fundraising for various activities.

The RNC did not immediately respond to a request for comment on the ruling, including whether it will appeal to the Supreme Court.

In a separate case, the U.S. Court of Appeals in Washington said Friday that the conservative group SpeechNow.org can collect unlimited donations from individuals for ads it plans to run independently of candidates, in line with a recent Supreme Court ruling. But the group will have to periodically file reports with the FEC detailing its fundraising and spending and follow other rules that apply to political committees, the appeals court said.

SpeechNow.org wanted to operate free of the fundraising and many of the disclosure and organizational requirements that the FEC places on political committees. It believes the FEC's political action committee rules, including requirements that it have a treasurer and periodically file fundraising and itemized spending reports, are too onerous, Bert Gall, one of its lawyers, said Friday.

"The PAC administrative and organizational requirements do not allow any organization to be as nimble as it needs to be," Gall said. He said the group wanted to file disclosure and spending reports only after it ran election-time ads attacking or promoting particular candidates.

The two rulings are the first major campaign finance decisions since the Supreme Court said earlier this year that corporations, unions and groups of individuals can spend unlimited sums supporting or opposing candidates -- as long as they do it independently of candidates. The high court so far has upheld campaign finance disclosure rules and the McCain-Feingold law's ban on the raising and spending of soft money by national party committees and presidential and congressional candidates.

SpeechNow.org is considering whether to appeal the disclosure requirement ruling to the Supreme Court, Gall and Brad Smith, another of its attorneys and a former FEC commissioner, said Friday.

"I can assure you that issue isn't going to go away whether it's appealed in SpeechNow or not," Smith said, adding that the group views the FEC reporting requirements as an unconstitutional burden on its free speech.

Neither the Supreme Court ruling nor Friday's appeals court decision changed the donation and spending restrictions placed on political action committees, which can contribute directly to congressional and presidential candidates and national party committees. Spending that PACs coordinate with candidates or parties also is not affected.

PACs can still accept only limited donations from individuals and other PACs and give or spend limited amounts in concert with campaigns and party committees.

The Federal Election Commission had no immediate comment on either ruling.