They could have saved a lot of grief by skipping the nuptials, but in America, marriage still has a powerful pull 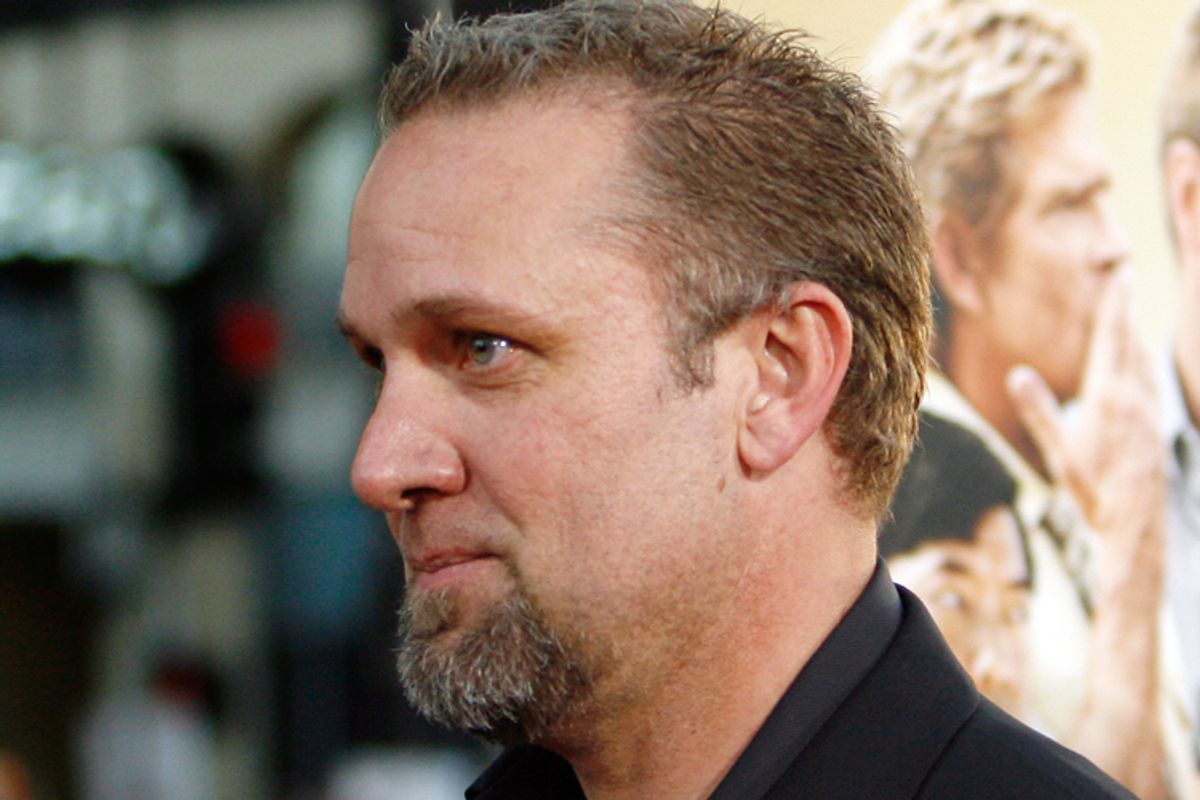 It's been nearly two weeks since the Jesse James-Sandra Bullock scandal, and as the fourth alleged mistress comes forward today, many (including me) have tried to answer the question, "Why do men cheat?"

But perhaps the better, and more interesting, question is: Why do cheaters marry? Consider how many star athletes and celebrity bad boys sleep around on their wives; now consider the scandal and professional fallout that breaks loose upon discovery. Wouldn't it be easier for a man not to get married, at least until he decided his carrot was sufficiently wet? Why put yourself through the strain of a potentially messy extramarital affair? Don't we live in a brave new world where we don't judge others for choosing not to worship at the altar of familial bliss? Wasn't it our grandparents' generation who naively worried about the status of being "an older bachelor"? Look at George Clooney. That guy will never have a sex scandal.

Too bad more guys can't be more like former Phillie and New York Times Op-Ed columnist Doug Glanville, who recently wrote a beautiful piece about the hardships of maintaining relationships as a pro ballplayer. Glanville realized early in his career that the physical separation combined with the romantic opportunities afforded a professional athlete were not solid ground for a marriage. So he waited until his professional career came to an end (stupid Yankees) before he considered settling down.

No, instead, many men rush to the altar. Tiger made promises to Elin he probably knew he couldn't keep. Jesse James did the same thing. Not once. Three times. So why?

For this, as in all things, we turn to Alec Baldwin. Here's his advice to Matt Damon's character in Martin Scorsese's "The Departed":

"Marriage is an important part of getting ahead. Lets people know you're not a homo. Married guy seems more stable. People see the ring, they think at least somebody can stand the son of a bitch. Ladies see the ring, they know immediately you must have some cash or your cock must work."

Of course, marriage didn't work out so well for Alec Baldwin, either. But he sure has a point.

For many men, marriage is not a privilege or a choice but a perceived expectation, an expectation that a lot of guys are not strong enough to reject even if it's wrong for them. There's pressure from their families, their friends, their communities to tie the knot. In the case of Tiger Woods, an international brand, there is pressure from the profession, since the appearance of domestic stability, hetero-normalcy and reproductive capability is demanded in our commercial leaders as well as our civic ones.

And let's not underestimate the power of the first part of Baldwin's soliloquy, which certainly has a tug on any man living a public life -- the politicians, matinee idols and athletes. But these aren't merely the exotic concerns of the rich and famous. What guy isn't pressured to be perceived as a stable heterosexual? That's certainly the image I'm shooting for.

There was a time when a cheater in popular culture was seen as a half man, a wounded and lost human to be pitied like the alcoholic or gambler. In Edwin O’Connor's 1956 novel about a mayoral campaign, "The Last Hurrah," he writes that his hero, an aging Irish political boss, "took a poor view of infidelity. Like most of his people, he did not regard it as one of the genial sins." So great was the sense of failure surrounding infidelity, Spencer Tracy reportedly went to his grave unable to forgive himself after falling madly in love with Katharine Hepburn while he was still married, and Eddie Fisher's exploits didn't just cost him a few sponsors, it ended his career. These days, there is no television character more romanticized than "Mad Men's" Don Draper -- he of the double life, split between the security of his home life and the excitement of other women's beds. From Tony Soprano to Denis Leary in "Rescue Me," the antihero serial cheater has become the benchmark of masculinity. Their infidelity is proof of their complex natures, their fundamental dilemmas. In fact, the weak and ineffectual "half-men" of today's dramas are more like the faithful husbands, who, like "The Sopranos"' Artie Bucco, are whipped and emasculated by the women they refuse to betray.

I often wonder if our view of marriage hasn't changed as much as we like to think it has in the last few generations. Maybe we haven't let go of our grandparents' prejudices about what makes normal and stable men, even in spite of all our hand-wringing over the actions of Jesse James and Tiger Woods. Maybe we are more accepting of the man who cheats than the man who simply says, "no thanks."

Aaron Traister is a proud graduate of the Community College of Philadelphia. He writes a monthly column for Redbook. He would like to say "happy eighth anniversary" to his wife.