A history of anti-government rage and violence 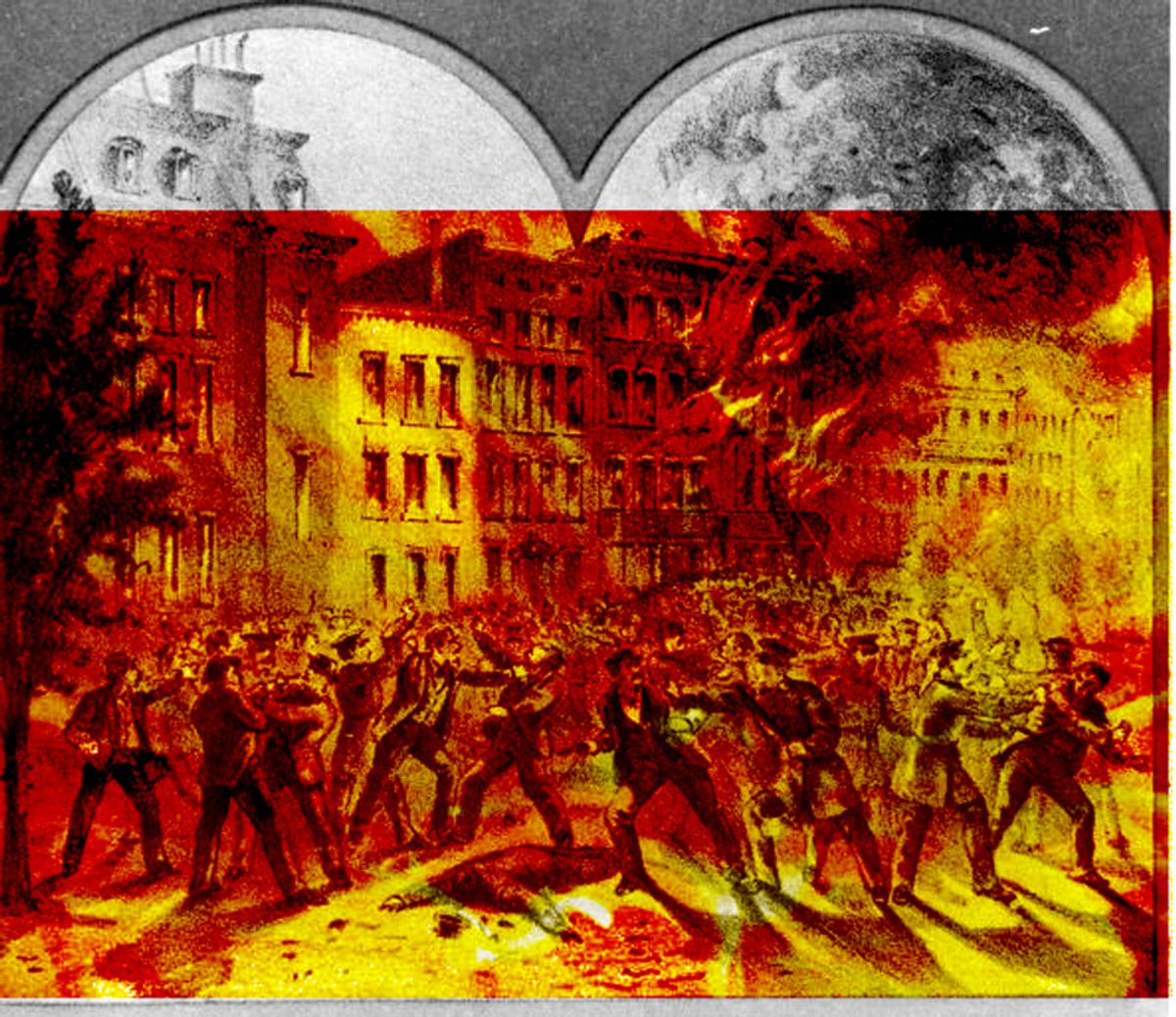 The passage of President Obama's healthcare plan in the House of Representatives last Sunday has unleashed seething anger and rage from the far right. Protesters hurled racial epithets at Democratic lawmakers just before the final vote, and this week's news has been littered with unnerving instances of retribution against Democrats who voted for reform.

Sadly, this all has the ring of familiarity. The right's often hysterical resentment of Obama and what it perceives him to represent has resulted in similar episodes throughout his presidency. Think of the protesters who showed up outside his town hall meetings last summer with guns.

And rage toward a president -- and toward the federal government in general -- is hardly a new phenomenon. It has reared its head (sometimes even on the left) throughout American history. In this slide show, Salon looks back at some other notable episodes.