Which Republicans will be too stale for 2012?

The snarky answer is "all of them." But by one reliable measure, 5 GOP White House prospects can be scratched today 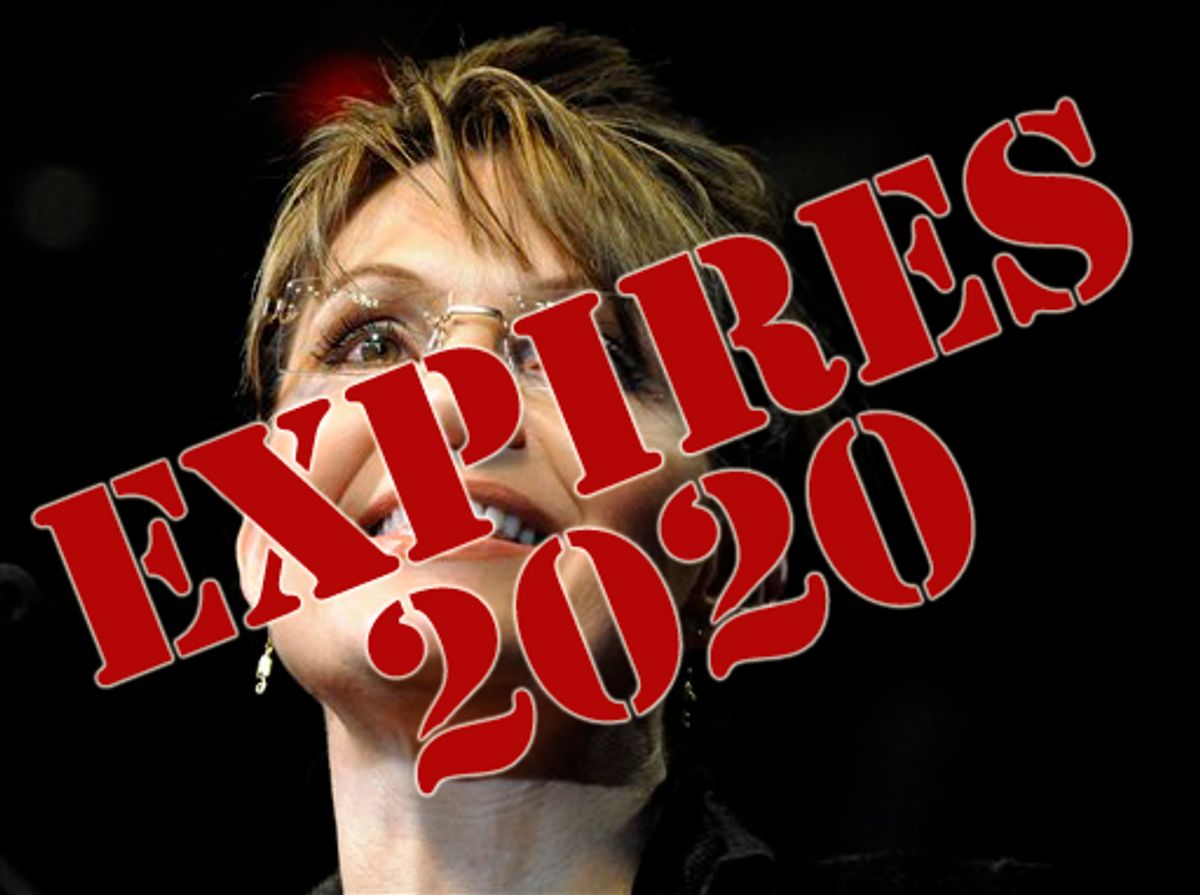 It will be two years until we know whom Republicans will nominate to oppose Barack Obama, but it may not be too soon to eliminate a few names from the prospective field. If we apply the Rauch Presidential Freshness Test, which has held up in all but one election since the start of the 20th century, five likely Republican candidates can be dismissed today.

The freshness test, developed by National Journal writer Jonathan Rauch, posits that “no one has been elected president who took more than 14 years to climb from his first major elective office to election as either president or vice president.”

Lyndon Baines Johnson — elected to the vice presidency in 1960, 23 years after winning his first campaign for the U.S. House — is the only modern president to defy it. All the others have climbed the ladder faster — sometimes much faster. Barack Obama, for instance, won the White House just four years after claiming a U.S. Senate seat from Illinois. Bill Clinton, who was elected president 14 years after winning his first term as governor of Arkansas, took longer — but still met the freshness test.

The lesson seems obvious: The longer a politician has been on the stage, the more stale he or she starts to seem. This helps explain why John Kerry, Al Gore and Bob Dole all struggled as presidential nominees.

For Republicans eyeing the White House in 2012, then, the magic year is 1998. Those who first won major office in ’98 or later will meet the Rauch freshness test for ’12. Those who earned major office before ’98 will fail it.

As the chart below shows, the presidential freshness of Mike Huckabee, Newt Gingrich, Ron Paul, Rick Santorum and John Thune will have expired by ’12. Others, such as Jim DeMint, Mike Pence and Rick Perry, have some time left, but if they don’t go for it in 2012, their clocks will run out before 2016. There are also a few, like Sarah Palin and Bobby Jindal, who could sit out ’12 and still be fresh for 2016.

Of course, it’s not like the freshness test ever stops candidates from trying. In 2008, four of the seven major Democratic candidates were “expired,” as were six of the 11 major Republicans. Note: Due to an editing error, Tim Pawlenty is incorrectly listed as having been elected to the U.S. House in 2002; he was (of course) elected Minnesota's governor that year.