Why so many black women in poverty? 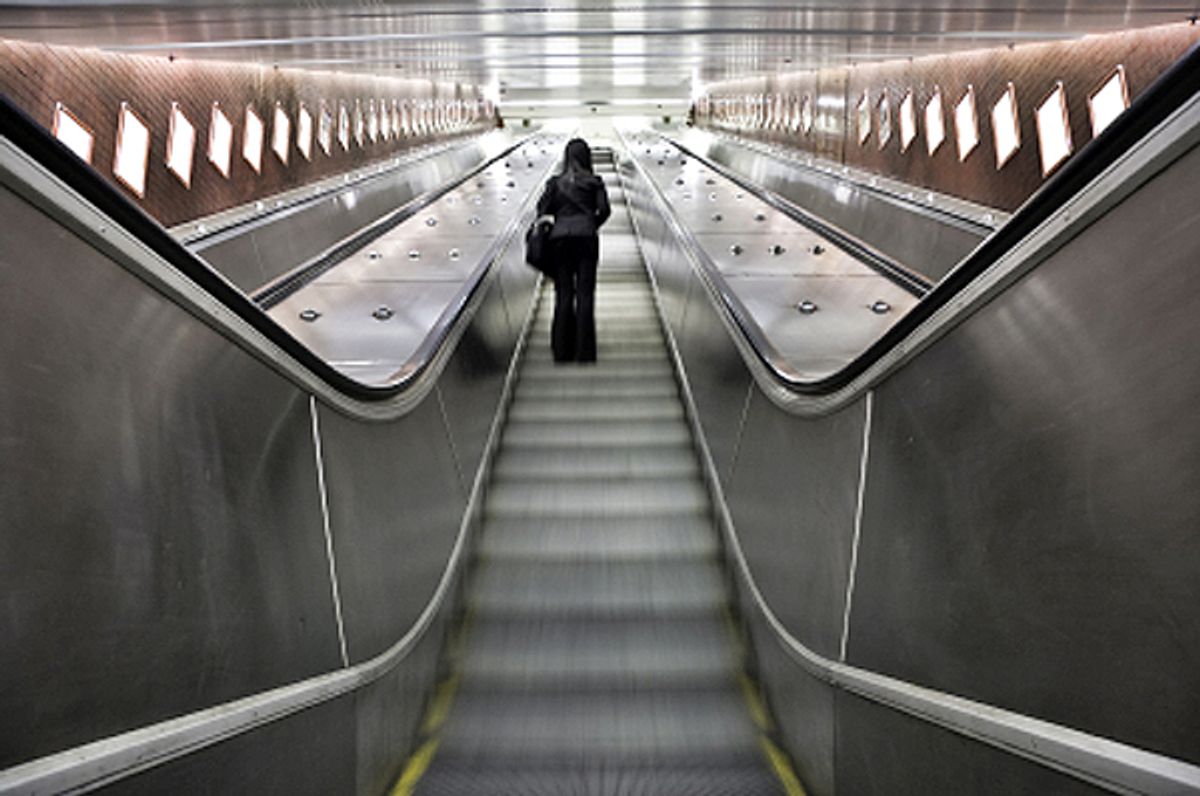 A shocking statistic sent ripples across the Internet earlier this month. It made the rounds on Twitter and even nabbed a couple of headlines before fading into silence: Black women have a median net worth of $5.

This one tiny fact, pulled from a lengthy paper by the Insight Center for Community and Economic Development, was given far more attention than the core of the report: a discussion of the perfect storm of gender and racial discrimination, mommy tracking, wealth and inheritance that puts young women of color on fiscal bumper cars before they even turn 18. Reading through "Lifting as We Climb: Women of Color, Wealth and America's Future" felt like flipping through the pages of my own life and the lives of the women around me; it paints a familiar picture of how hard it is to exit poverty and build a financially stable existence.

When I left home at 17, I moved out with two garbage bags full of possessions, $1,000 meticulously saved from two different $7-an-hour jobs and not much else. I had no car. I had no driver's license. I had no credit history. Even if I had received a blessing from my mother, there would be no cash to help out, no bestowal of funds my parents had saved in a college fund. I was on my own. As the report explains, the key to financial stability is wealth (for example, assets, savings, stock holdings, business income), which can be passed from generation to generation, to ease the path for those struggling in their youth. However, for the more than 46 percent of single-parent black households that have zero or negative wealth, there is literally nothing to pass on -- many households are struggling to stay afloat, living from paycheck to paycheck.

I left home nearly a decade ago, and if I had a time machine -- well, I'm not sure I would have tried to talk my younger self out of making the leap toward independence, but I am sure I would have told her to prepare a little better. There just aren't that many career options available to a 17-year-old runaway. I managed to return to an old job cutting up cold cuts and assembling sandwiches at Blimpie's before leveraging a high school internship into my first office job. This was my first exposure to the work world, and the first time I had to navigate a semi-professional environment. Later, I enrolled in school in order to escape a lifetime of dead-end jobs and hourly work. At the time, I did not realize what I was seeking was access to "the wealth escalator." Report author Mariko Chang defines the wealth escalator as "fringe benefits, favorable tax codes, and valuable government benefits -- that are tied to employment, income, and marital status."

Many young women are locked out of the wealth escalator due to various workplace realities. Generally, service positions (where nearly one-third of black and Hispanic women work, according to the report) do not offer benefits like paid time off, health insurance, or 401K plans. Professional- and managerial-class jobs provide these benefits, generally as a part of the hiring package. This lack of benefits tends to have a heavy effect on the lives of working women, forcing many to choose between their job security and personal illness or family emergency. And since many women cannot afford the loss of income from missing work, they will often find themselves in debt after a bout of illness or an accident. As expenses mount, income shrinks, placing women into a financial bind. The pathway out of this is to land a better job -- but thanks to constraints from the personal (aptitude, education, familial responsibilities) to the structural (racism, sexism), finding a new gig is easier said than done.

As I went a little further in my career, I discovered just how much ignorance keeps us in the financial wilderness. For those of us working our way up from service positions, who may not have the benefit of professional or managerial parents and friends, it can be shocking to learn there are other, workplace-based options to help enhance your savings. The first time I landed a job with a decent benefits package, there was a human resources professional there to explain to me the various merits of certain health insurance plans, why there was a 401K plan with no matching (and what pre-tax contributions meant) and how I could use these things to achieve my own personal goals.

If only more of us were that lucky.