Amateur footage from inside the subway attacks has started circulating online 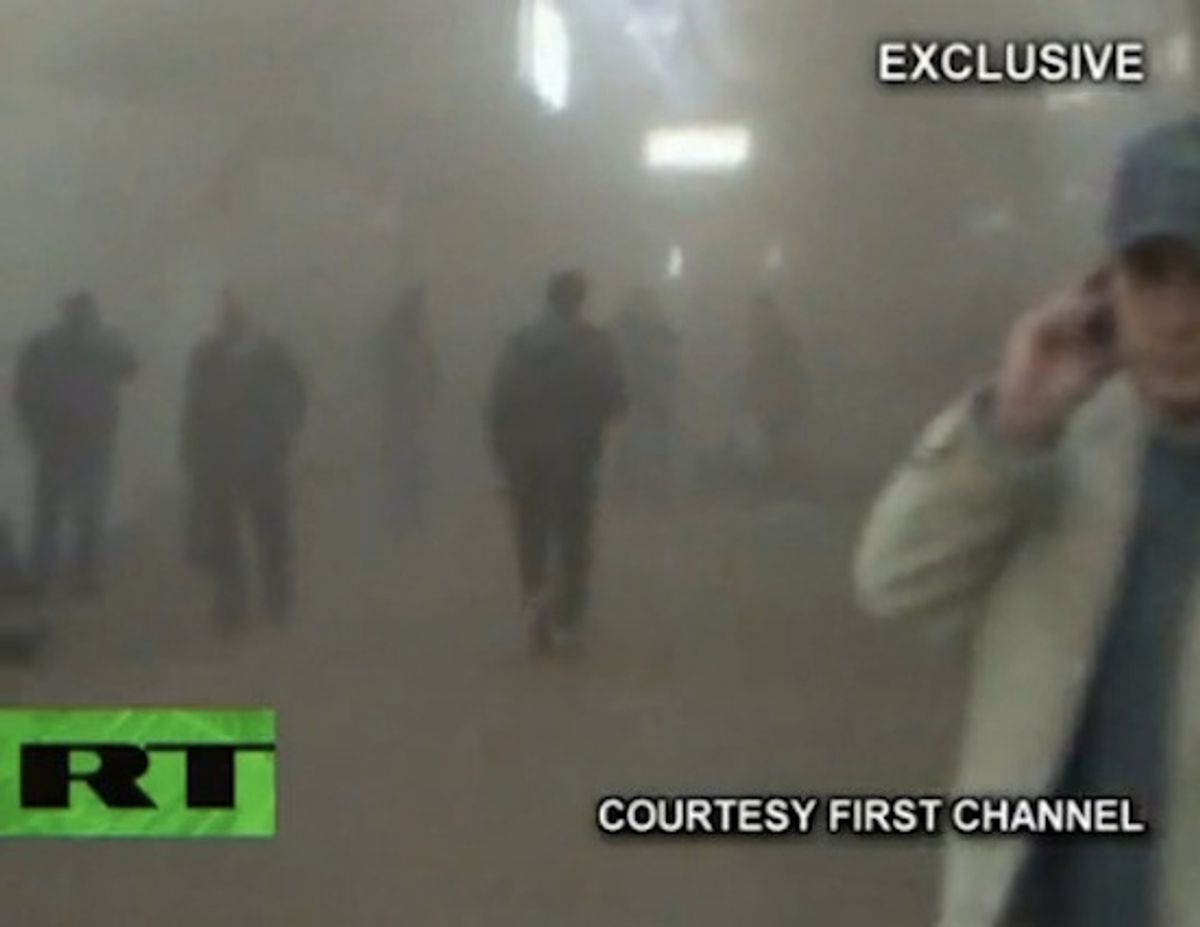 As quickly as the news of today's double bombing in Moscow spread, amateur images and video began popping up online from commuters caught up in the aftermath of the explosions. The grim, grainy footage provides a raw look at the scene as emergency workers began to respond and evacuate the two stations hit, Park Kultury station in central Moscow and the enormous Komsomolskaya station.

These two videos, complied by Russia Today, has some of the first video from inside one of the stations after the blast (Warning: Some of these images are graphic):

More from Russia Today: Victims emerging from one of the blast sites and receiving treatment (Warning: Some of these images are graphic):

This video from RIA, a Russian news agency, seems to show amateur video of people crowding out of the Park Kultury subway station after the bombing:

This last one from Russia Today compiles shots from outside the stations with footage of crowds in a subway tunnel: