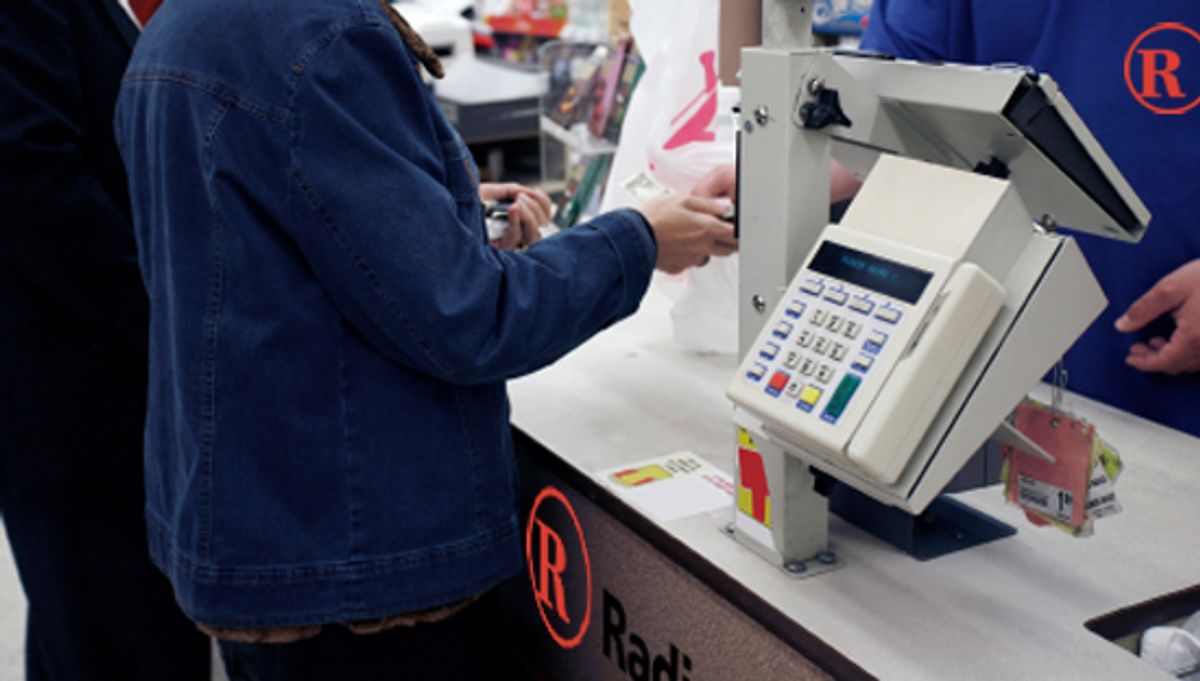 FORT WORTH, Texas. A rumored acquisition of RadioShack Corporation (RSHL:NYSE) sent the company's stock higher on Friday, but the suitor walked away from the deal over the weekend when the consumer electronics company refused to disclose its ZIP code.

"Can I interest you in a remote-controlled drag racer with toothbrush?"

"Radio Shack can't have it both ways," said Judith Crowley of Cowen, Phillips, an investment bank that was prepared to finance the transaction. "If you buy a D battery from them, they have to know your ZIP code; if you want to use the ladies' room, they ask your ZIP code."

"You don't have to be a geek to work here, but it helps."

Radio Shack officials defended their reticence. "If we give out our ZIP code to every Tom, Dick and Harry, pretty soon people will start coming in all the time," said COO Malcolm Natanel. "That's going to cut into our employees' ability to goof around with our remote-controlled drag racers, a benefit we offer because it's cheaper than health insurance."

RadioShack is, according to the company's Web site, one of the nation's most trusted consumer electronics specialty retailers, and it uses that trust to persuade millions of cash-paying customers at the company's 1,300 dealer outlets to give up their ZIP code as a condition to buying its products. "For years there's been speculation that the company's sales associates use it as a way to find women, but that's an urban myth, like albino alligators in sewers," said industry analyst Tony Sopson of Mercer Securities in Atlanta. "Has anyone ever seen a Radio Shack employee leaving work with a woman?"

"It comes with a built-in lava lamp, but batteries aren't included."

Company officials would not rule out a possible sale in the best interests of shareholders. "Radio Shack will continue to explore strategic options," said Niles Davis, a spokesperson. "What we won't put up with is somebody asking a bunch of nosy questions."