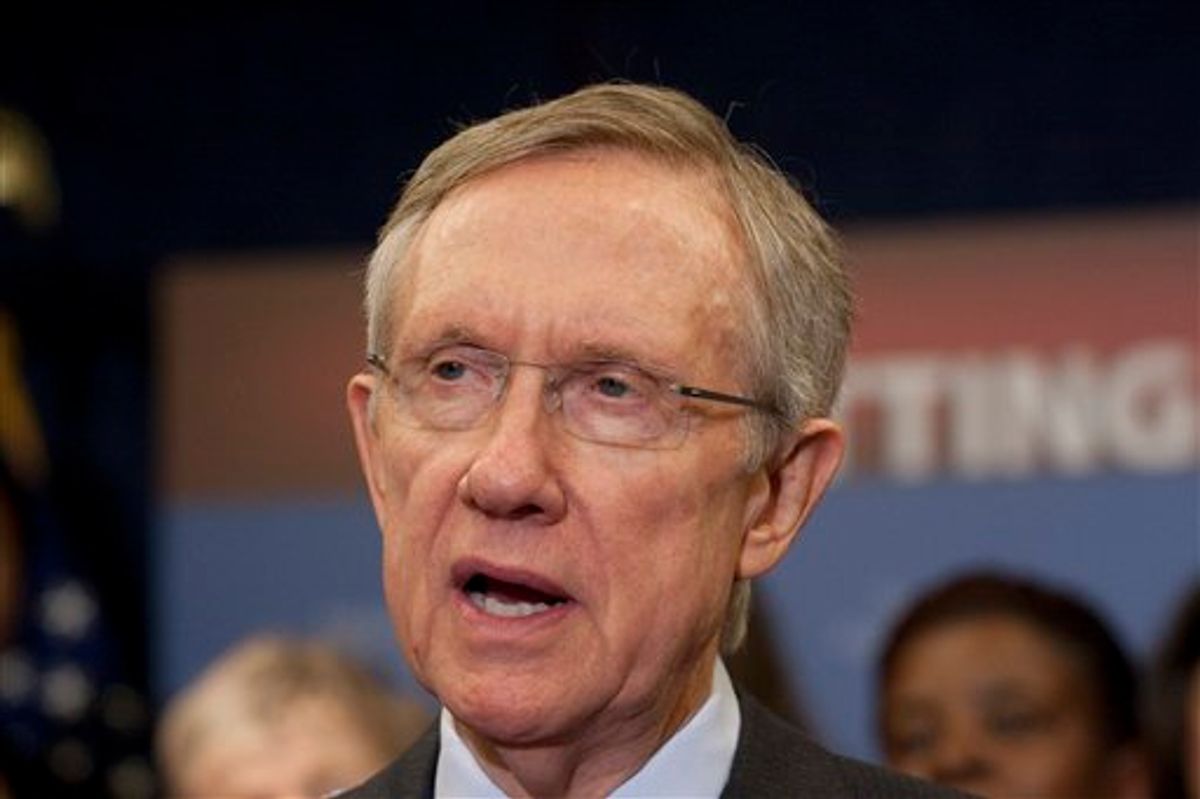 Senate Majority Leader Harry Reid doesn't have a whole lot of hope of winning reelection this year. What hope he does have rests on his opponents: Despite Reid's very vulnerable position, the field of Republicans running against him isn't particularly strong. And, more importantly, there's also a Tea Party candidate in the field -- if Reid gets really lucky, that candidate, Scott Ashjian, might just siphon off enough votes from the Republicans to hand the incumbent a victory.

But there's a problem for Reid. Seems Ashjian isn't exactly the ideal candidate -- in fact, a local prosecutor is seeking an arrest warrant for him over some bad checks he allegedly wrote. He faces up to 14 years in prison if convicted. (Hat-tip to Political Wire.)

To get a sense as to just how big of a blow this might be to Reid, consider this: One tea party group, Tea Party Express, considered Ashjian enough of a threat to the majority leader's Republican opponents that it's taken out an ad specifically disavowing him, and there have been charges he's a Democratic plant.