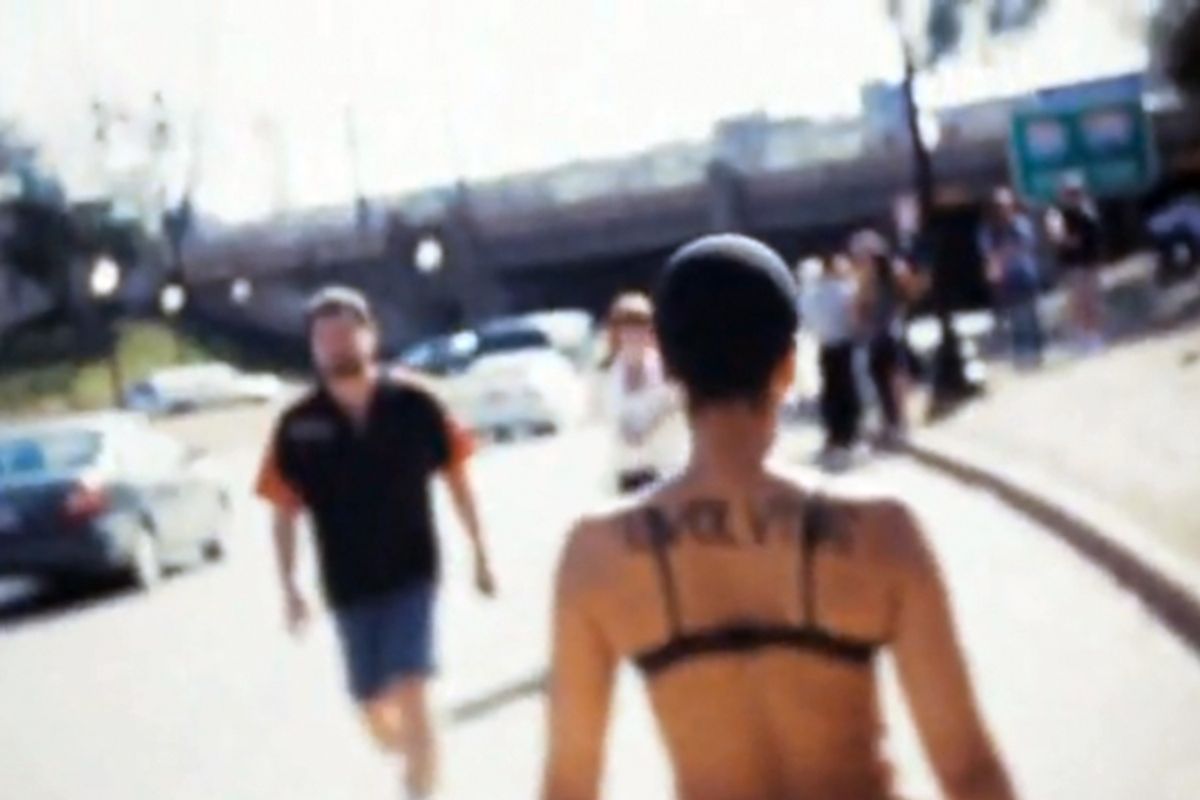 I'm feeling a sudden nostalgia for late-'90s girl-power anthems. It could have something to do with the fact that I've been hearing a lot lately about Marisa Meltzer's new book, "Girl Power: The Nineties Revolution in Music." But there is a more immediate and obvious cause: Erykah Badu's new music video, in which she boldly strips butt naked in public.

The video, which premiered this weekend and began stirring up buzz on Monday, was shot guerrilla-style in Dallas. In one long shot, the 39-year-old mother of three makes her way to the grassy knoll -- yes, that grassy knoll. Off come her sunglasses, then her trench coat. She takes her time slowly taking off her shoes, hoodie, T-shirt and sweats, discarding each item on the sidewalk. There she is, Erykah Badu, wandering around in public, at a historic location, no less, in her bra and panties -- and then she strips those off, too. At the end of the video, a gunshot rings out, she falls to the ground and the word "groupthink" pours out of her head. In an interview with the Dallas Morning News, she explains it as a statement about the "character assassination one would go through after showing his or her self completely."

OK, the allusion to the Kennedy assassination is a bit much. But it's been a damn long time since I've seen a female performer take off her clothes and actually seem naked in all senses of the word. You know, raw instead of raunchy. Au naturel in a way that actually feels natural. It brings me back to the time before Christina got "Dirrty" and Britney got "Toxic." I was never much into the whole Lilith Fair thing, but this video has me thinking that the 2010 revival, which boasts Badu in the confirmed lineup, just might be kind of ... awesome.

Unfortunately, the video's been yanked from YouTube, so you'll have to mosey on over to her official site to watch.